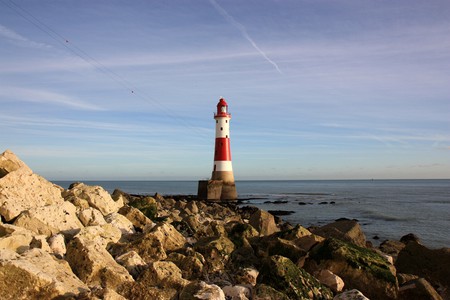 There’s something a little bit poetic about the red and white-striped lighthouse peeking up at the imposing white cliffs on Eastbourne‘s stunning coastline. The much loved and, even more photographed, Beachy Head Lighthouse provides the kind of view one dreams of when flicking through vintage postcards of the English seaside. 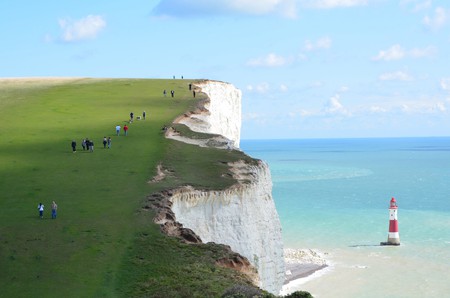 Though thousands of tourists brave the towering clifftops for a glimpse of this charming landmark each year, far fewer are those lucky enough to get up close. There is, however, an annual event which lets walkers edge a little nearer to truly appreciate its candy-striped loveliness.

This relatively new tradition allows intrepid walkers to complete a circuit around the humbly beautiful lighthouse which stands proud in the waves just off of Eastbourne’s Beachy Head. 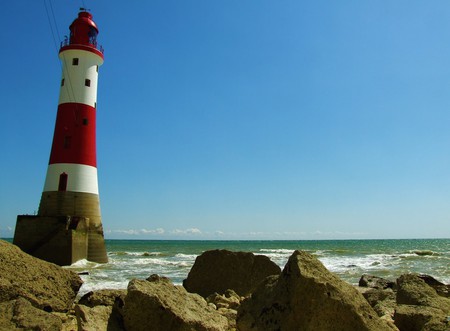 The first event took place five years ago and was originally aimed to raise funds for the lighthouse to be re-painted. In 2011, Trinity House, a charity more than 500 years old dedicated to maritime safety, announced it would no longer fund the upkeep of the structure’s jolly red and white stripes.

Unsurprisingly, the prospect of losing the design to the unforgiving crash of the Channel’s waves was met with indignation from locals and visitors alike. A small group of residents formed a plan.

Members of Eastbourne Rotary Club, along with many residents determined to protect the iconic bands of colour, formed a campaign called ‘Save the Stripes’. 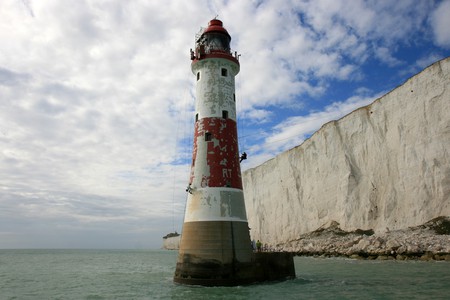 People from across England joined a social media campaign which was supported by local newspaper the Eastbourne Herald. Among the driving forces were resident Shirley Moth and author Rob Wassell, who donated funds from his book, ‘The Story of the Beachy Head Lighthouse’, to the cause.

Soon came the idea for a walk which would help raise cash to cover the costs of re-painting the town’s beloved landmark. It would have to be timed just right, to fall on a day of low tide. Thus waters would be drawn back from the foot of the lighthouse, allowing supporters a path to circle the structure on foot.

The tradition, now sometimes known as The Lighthouse Challenge, has reached its fifth year, with the 2018 walk planned for August 11. Funds from the event are now shared, with donations made to charities around Eastbourne, and the rest put into a pot ready for the next time the sea-worn patches of the granite grey need a fresh lick of paint. 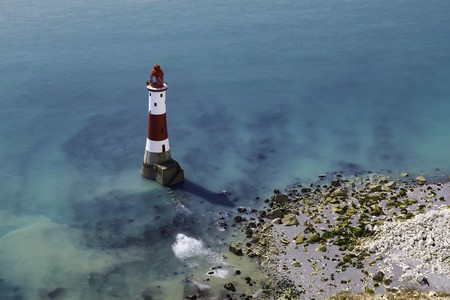 If you time your visit to Eastbourne’s ‘Sunshine Coast’ just right, you could have the rare chance to venture within touching distance of this normally out-of-reach gem on England’s architectural map.