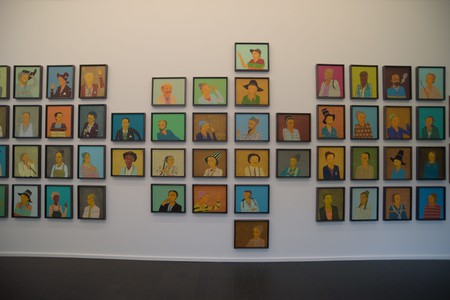 British artist Stephen Chambers has produced an array of innovative artwork that questions society’s expectations and provokes curiosity in its viewers. Chambers’ most recent collection, The Court of Redonda, illustrates a cast of characters from the Kingdom of Redonda, a fantasy kingdom stemming from both literature and art.

Stephen Chambers concluded his art studies at the Chelsea School of Art in 1983, graduating with a master’s degree. His work has always taken on a bright and meaningful approach. He is a highly decorated artist, elected a Royal Academician in 2005 and awarded an Honorary Fellowship from Downing College at the University of Cambridge in 2016.

Chambers states that the highlight of his career so far has been ‘realising that [he] can pack [his] bag and work anywhere.’ His work has been exhibited extensively, with more than 40 solo presentations across the globe. He also features in many international collections and has collaborated on three contemporary dance productions for The Royal Ballet, London, as well as worked with poets on a series of artists’ books.

For his most recent work, however, Chambers revisits traditional illustration in a decidedly non-traditional way. The Court of Redonda is a vast collection of 101 portraits illustrating the Court of the imaginary Kingdom of Redonda. Curated by Emma Hill, the exhibition was shown for the first time as a Collateral Event of the 57th International Art Exhibition at the Venice Biennale in May 2017 and is currently on display at The Heong Gallery at the University of Cambridge’s Downing College until 20 May, 2018. 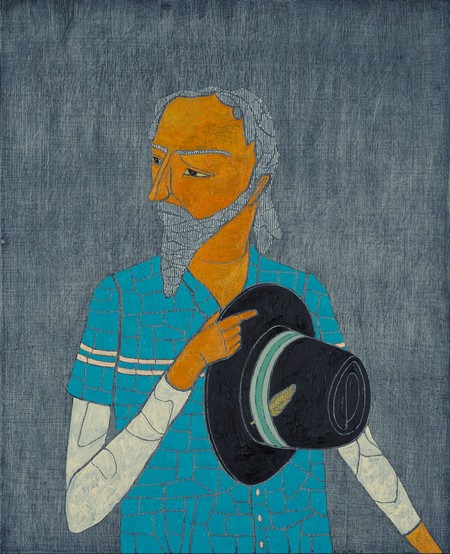 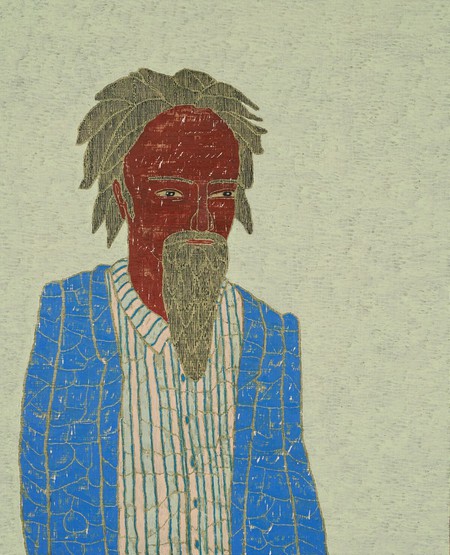 The West Indies island of Redonda has always been uninhabited, ‘useless unless you’re a seagull with tired wings’, as Chambers puts it, but it has taken on the persona of being a micronation. The island’s illustrious history began in 1865 when a merchant trader crowned himself as King of Redonda. His son then made it so that this kingship would be passed on through literary, rather than hereditary, lineage.

When poet John Gawsworth assumed the title of King Juan I after the death of the original king’s son, he began to bestow titles to his literary friends and peers, leading to a royal court populated by poets, playwrights and authors. In 1997, Spanish novelist Javier Marías assumed the title of King Xavier and began writing about the collisions of fact and fiction involved in the legend of Redonda.

Chambers says his inspiration began in the literature associated with Redonda. ‘I was tipped off about The Court of Redonda having been found reading the books of Javier Marías… I then began to read the backstory. I was engaged with the idea that something could be both whimsical and relevant.’ 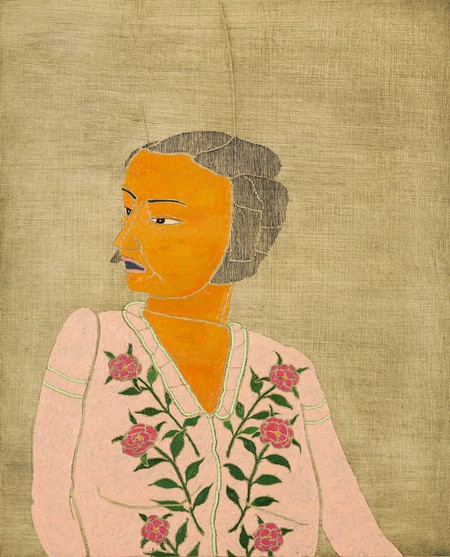 After nearly two years of work, Chambers’ 101 paintings gave each imaginary court subject its own distinct personality. ‘The court is a court of those that make things, follow curiosity, don’t normally dine at “high table”, get their hands dirty, and is populated by those that are good at what they do. Devoid of competition, other than individually with themselves.’ 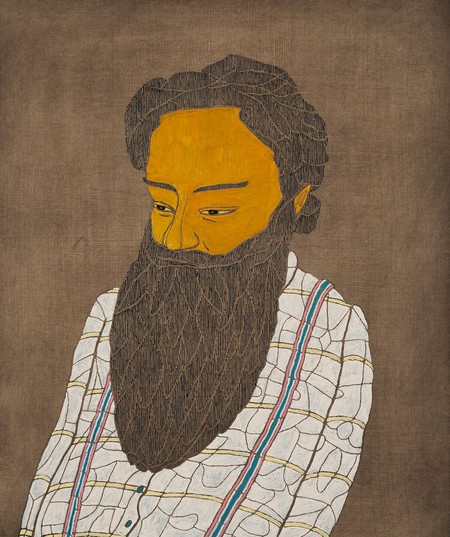 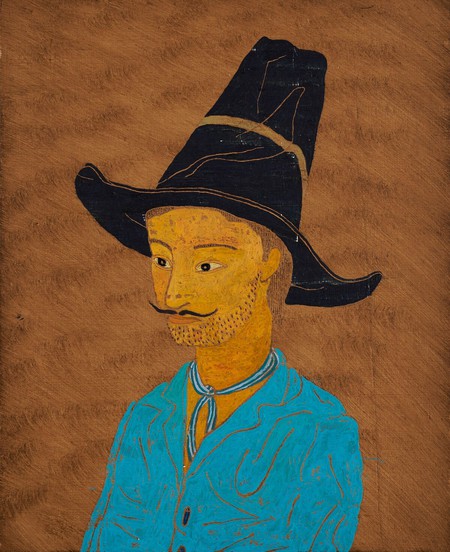 Despite famous faces populating the real court, Chambers’ work examines the imaginary. ‘I am playing with an idea about utopia, migration and democracy. These are not true portraits painted from people sitting in front of me. Much as The Court of Redonda is a fabrication involving real people, my court is an imagined collective of “everyman”. Members of the court are those you will be familiar with: Ian McEwan, Francis Ford Coppola, Umberto Eco, William Boyd, Pablo Almodóvar, etc. However, if they come looking for their own depiction, they will be disappointed.’ 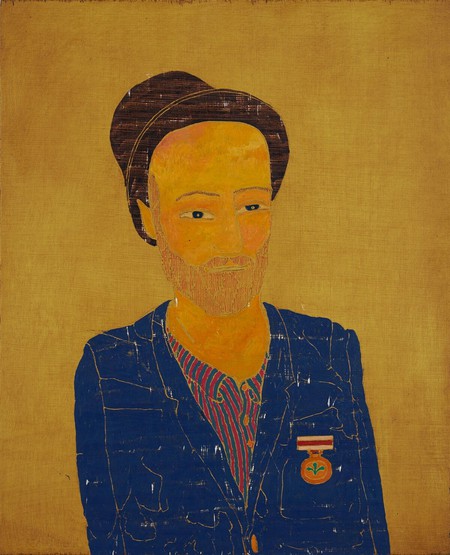 The idea of selling The Court of Redonda collection as one body of work, rather than individual pieces, has been a notable one in the art world, yet it is one that Chambers believes makes perfect sense. ‘It was conceived as one work, and that idea would be intellectually diluted were it to be broken.’ 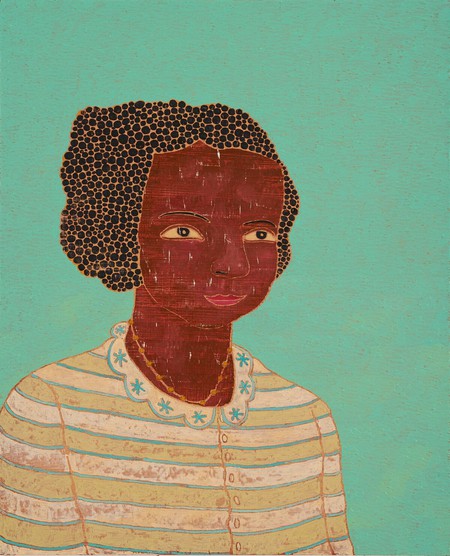 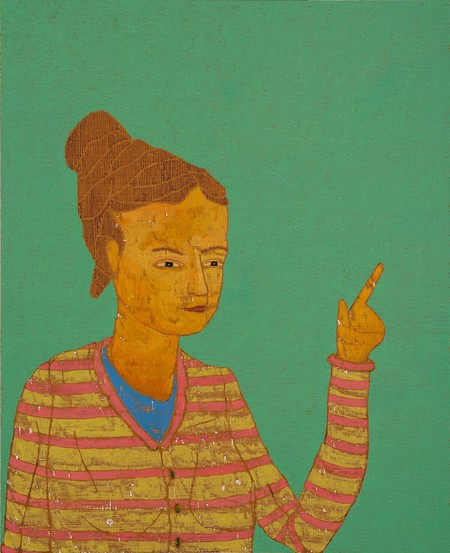 Chambers is currently working on what he calls ‘big political paintings’, referring to two projects in particular: one with the title Throwing a Shoe at the President, the other Blowing Up Parliament. He is no stranger to political art; in addition to the 101 portraits of the royal court, his current exhibition also displays three large canvasses titled State of the Nation, made before, during and after Britain’s referendum vote.

To budding young artists, Chambers gives the advice: ‘Be stubborn. Work harder than the hinges to the gates of hell. Make friends. Forget the bits you are no good at.’