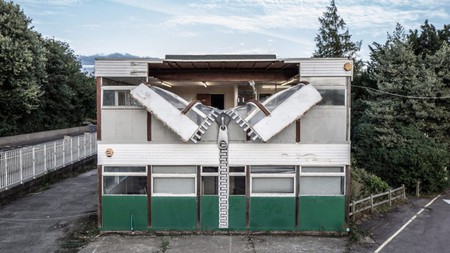 ‘Open to the Public’ by Alex Chinneck | © Marc Wilmot

The artist, who is known for his theatrical designs, worked on the project Open to the Public over a period of two months ahead of its official unveiling on 2 August 2018.

Chinneck, who’s own studio is local to the derelict commercial building, set about transforming the exterior of the office block in secret during the evening of 29 July, with the unzipped facade suddenly appearing overnight. 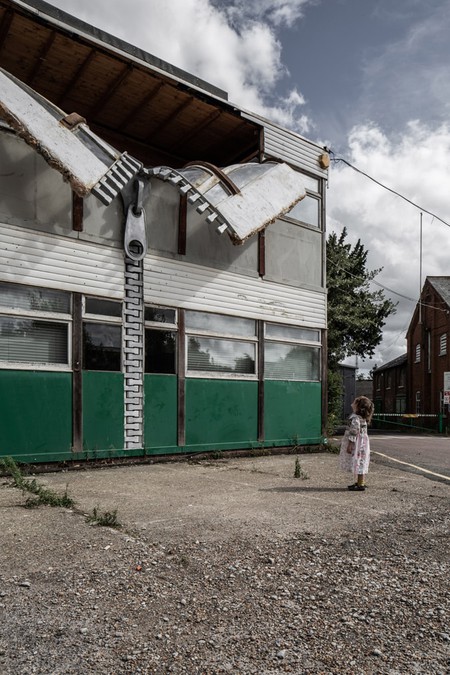 The walls appear to bend like fabric, referencing the former tannery site of the building | © Marc Wilmot

The enormous eight-metre double zip, which appears to open up the front of the building to reveal its neglected interior, was designed to reference its historic past; the office block sits on the site of a former tannery, the Kent Wool Growers. An additional zip runs along the side of the building, which also seems to bend the walls through the use of flexible materials, including a composite of rubber.

The project was commissioned by London-based regeneration specialists U&I, which is planning to build 250 new homes on the site, set within four apartment blocks. 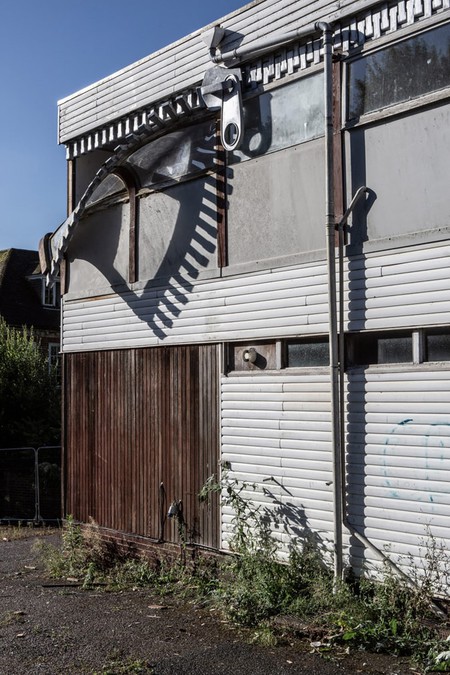 Chinneck’s mind-bending projects often cleverly combine architecture and engineering. His large-scale installations include a dilapidated townhouse in Margate, also in Kent, that looks like its facade has slipped downwards. He also created a huge ‘ripped’ exterior in Hammersmith, which was his first project, plus a 35-metre-tall upside-down electricity pylon as part of London Design Festival 2015.

“I design playful public artworks for everyone to experience and enjoy, turning the every day into the extraordinary,” commented Chinneck. 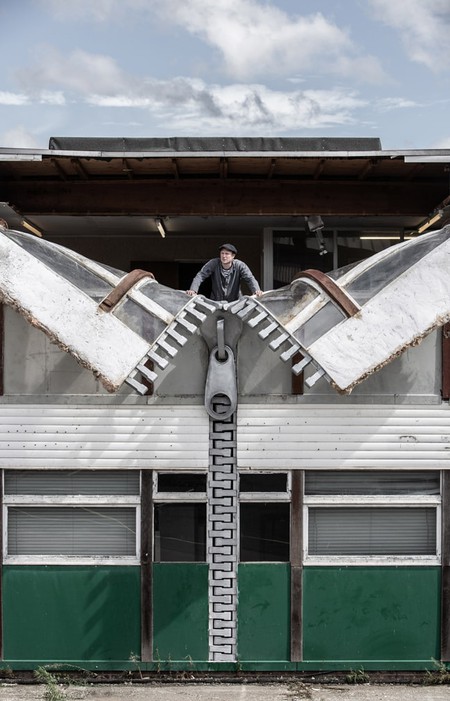 It’s uncertain how long the installation will be on show for before the building is finally razed to the ground, so it’s worth visiting while you can. Next door on Tannery Lane is also Grade II*-listed building The Whist, which will be retained as part of the regeneration project.

This isn’t the last time Chinneck will leave his mark on the area. He’s also set to create a footbridge that will feature a loop as part of U&I’s multimillion-pound development of the site, which will sit over the River Stour.

Open to the Public can be found at Brundrett House, Tannery Lane, Ashford TN23 1PN.