An Expert's Guide to 10 of Manchester's Best Museums 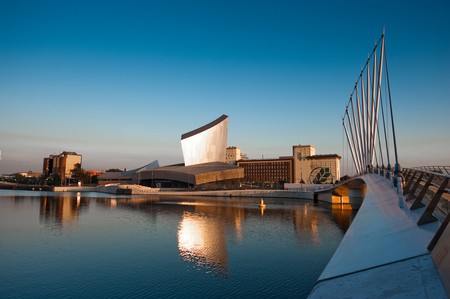 Experimenting with community collaboration, redesigning iconic spaces and challenging visitors to reconsider their impact on society – Manchester museums are boldly going where few cultural institutions have gone before. Katy Ashton, director at the People’s History Museum, discusses the evolution of Manchester’s museums and shares her pick of the best. 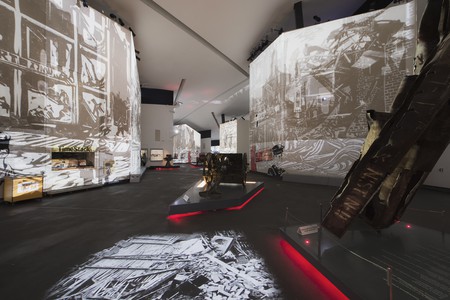 There’s more to the cultural scene in Manchester than meets the eye. “It has a surprisingly diverse mix of museums for a city of its size,” says Katy Ashton, director at the People’s History Museum, Britain’s national museum of democracy. “Visitors will find everything from spaces dedicated to football, women’s rights, Egyptology and natural history.”

Despite their differences, the museums in Manchester are united by a responsibility to reflect and respect their local communities, as well as an ambition to showcase the city’s national and international impact through the ages. Here, Katy picks 10 of the best museums in Manchester and how they’re breaking the mould. 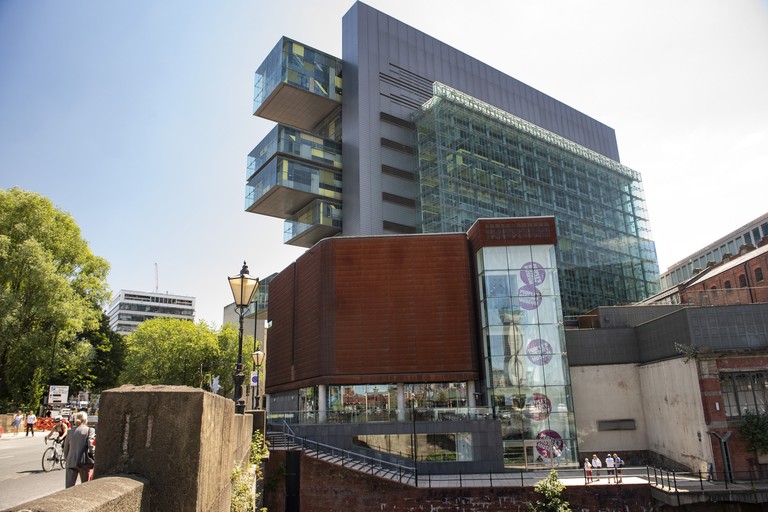 Courtesy of People's History Museum
“We showcase how people throughout the ages have fought for change,” Ashton says. “Our powerful programmes and collections are designed to encourage reflection and inspire visitors to become active citizens, using history to shape the future they want.” The museum – which is open daily from 10am-5pm and hosts a Radical Lates evening on the second Thursday of every month – is a great place to experience Manchester’s spirit of doing things differently. Stirring collections include items such as the Manchester suffragette banner that appeared alongside Emmeline Pankhurst during many significant speeches, the commemorative Equal Pay Plate of 1984 and the There Is No Planet B placard from the first Youth Climate Strike in 2018.
Open In Google Maps
Left Bank, Manchester, England, M3 3ER, United Kingdom
+441618389190
Visit Website
Give us feedback 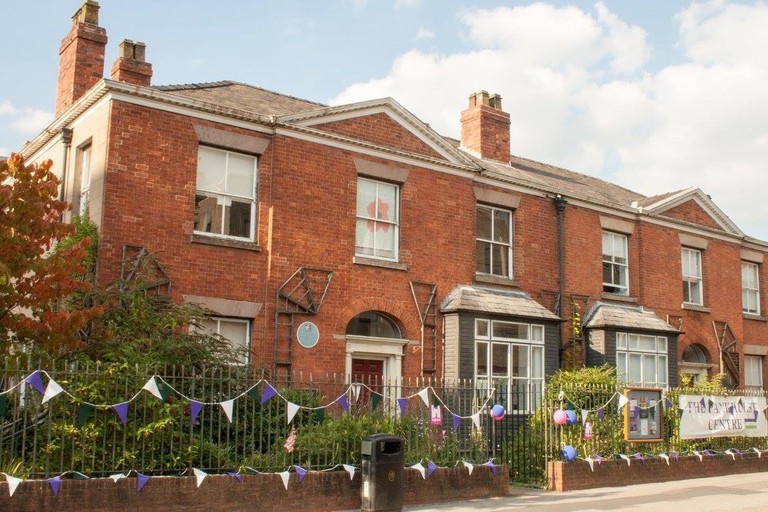 Courtesy of The Pankhurst Centre

“The Pankhurst Centre is an iconic site of female activism, past and present,” Ashton says. The only museum in the UK dedicated to the story of women’s fight for the right to vote, it is located in the Pankhurst family’s former home, where the first meeting of the suffragettes took place. The small museum and heritage centre continues to champion female-focused causes and doubles as the headquarters for Manchester Women’s Aid, a local charity that provides vital services to domestic abuse survivors. Supported by a dedicated team of volunteers, the museum at the Pankhurst Centre is open every Thursday (10am-4pm) and the second and fourth Sunday (1pm-4pm) of every month. 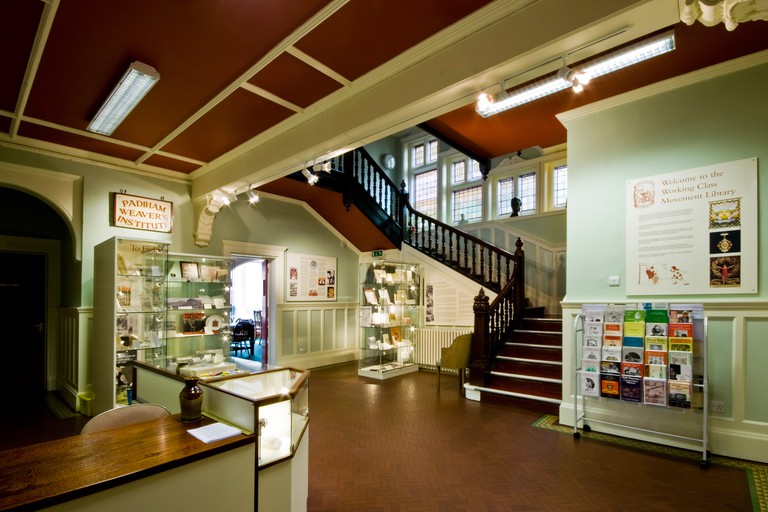 One of the most unusual libraries in the world, this is a treasure trove of stories from Britain’s working classes, covering 200 years of campaigning. “This magnificent Victorian building houses a phenomenal range of books, a reading room and other artefacts that bring radical ideas to life,” Ashton says. This includes a large collection dedicated to Thomas Paine, British-born political activist, philosopher and revolutionary, who penned Rights of Man (1791). The rousing political text was written in defence of revolution and details some of the first plans for social welfare. Make the most of your visit with a free hour-long tour of the library, which runs twice a month: 2pm on the first Wednesday and 11am on the first Saturday.

Museum
Facebook
Email
Twitter
Pinterest
Copy link
Share
Map View
Ancient history is alive and well at this free cultural attraction that belongs to the University of Manchester. It has a fascinating collection, spanning millennia. “This museum is particularly brilliant for its natural history and earth science exhibitions,” Ashton says. Kids can get face-to-glass with its collection of bugs, fossils and the pride of the museum: Stan, the T-Rex. The life-size replica skeleton of the famous prehistoric dinosaur predator guards the hall of the museum and is sure to stop everyone in their tracks.
Open In Google Maps
Oxford Road, Manchester, England, M13 9PL, United Kingdom
+441612752648
Visit Website
Give us feedback

Manchester was the world’s first industrial city and the Science and Industry Museum is dedicated to showcasing this side of its history. “This fantastic site creates a really evocative sense of how the city changed and progressed through the industrial ages: from hand weaving cotton through to textiles produced by machinery,” Ashton says. Its rich, interactive spaces and calendar of cool, hands-on events boost science and tech’s street cred, culminating in an annual science festival that takes place in autumn.

“An important, but sometimes overlooked part of Manchester’s identity is that we belong to a wider city region – there are plenty of cultural gems to explore just a short train, tram or bus ride away from the centre,” Ashton says. She recommends a visit to Bolton Museum, which is open daily and preserves collections of everything from fine art to botany. The star of the show is its extensive Egyptology collection that includes gilded gold masks, coffins, ancient granite columns and linen used to wrap mummies thousands of years ago.

Museum
Facebook
Email
Twitter
Pinterest
Copy link
Share
Map View
This attraction in the city’s hip Northern Quarter was once a working Victorian police station, home to Greater Manchester Police for a century from 1879. “The Police Museum definitely appeals to the curiosity factor within all of us,” Ashton says. “There’s the chance to explore interview rooms, step inside old cells and even take to the dock, experiencing what it was like to move through the criminal justice system at the turn of the century.” The museum is open every Tuesday from 10.30am-5.30pm and entry is free – just behave yourself, or else.
Open In Google Maps
57A Newton Street, Manchester, England, M1 1ET, United Kingdom
+441618564500
Visit Website
Visit Facebook page
Give us feedback

Building, Library
Facebook
Email
Twitter
Pinterest
Copy link
Share
Map View
“This museum does a fantastic job of opening up the city’s Jewish heritage and culture to new audiences” Ashton says. “From music programmes to kosher food festivals, they cultivate a range of events within the space that bring people of different faiths and beliefs together.” Although the museum is currently closed for redevelopment – a £3m grant is being used to restore Manchester’s oldest surviving synagogue and provide a bigger home for its collection of 30,000 objects – you can visit its pop-up space at Manchester Central Library. This magnificent, circular building in the heart of the city is worth a visit in its own right – can you tell which famous Roman structure inspired its design?
Open In Google Maps
Saint Peter's Square, Manchester, England, M2 5PD, United Kingdom
+441612341983
Visit Website
Give us feedback 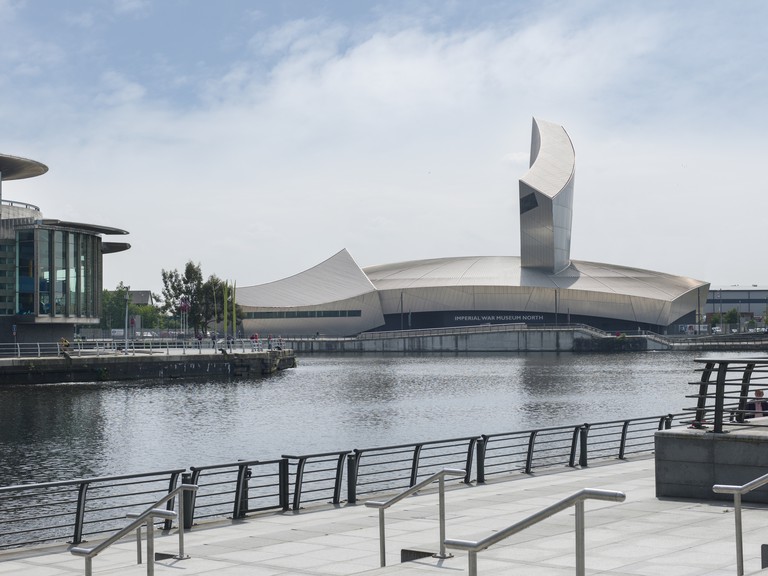 The fifth and only branch of the national Imperial War Museums outside southeast England dominates the riverside opposite Salford Quays, the region’s digital and media hub. The iconic building was designed by world-renowned architect Daniel Libeskind to signify three interlocking shards of a globe shattered by conflict – a fitting prelude to the exhibitions within. “The way IWM North approaches collections about war and conflict is true to the spirit of Manchester,” Ashton says. “For example, they screen hourly Big Picture film shows within the exhibition space to create an immersive, thought-provoking experience that forces you to pause and reflect on how war shapes lives.”

Building, Cathedral, Museum
Facebook
Email
Twitter
Pinterest
Copy link
Share
Map View
Manchester is world-famous for its football clubs – and their rivalries – making the city the perfect place to host the biggest and best museum dedicated to the beautiful game. “This museum is obviously incredibly popular with international fans coming to the city for a big game,” says Ashton. “But there are also some really interesting collections that explore how the sport connects and supports diverse elements of society.” Exhibitions on racism, disability rights and women in football sit alongside the Football Walk of Fame and a range of interactive displays in the Urbis. The sloping sculptural building is one of the most recognisable urban landmarks in Manchester and a symbol of the city’s regeneration.
Open In Google Maps
Todd Street, Manchester, England, M4 3BG, United Kingdom
+441616058200
Visit Website
Give us feedback
Give us feedback