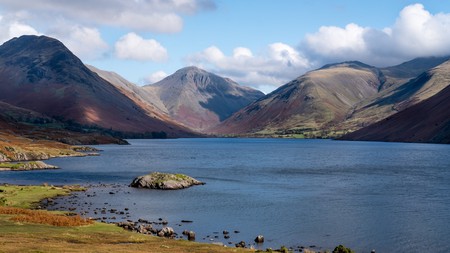 It’s as if the Lake District was built especially for hikers: miles of rugged hillside studded with craggy rocks – a perfect foothold to give you that extra boost – benches overlooking glacial lakes so you can catch your breath for a second, and a healthy collection of traditional pubs where you can plan your next adventure over a refreshing pint. Culture Trip guides you through everything you need to know for a trip to England‘s most renowned hiking region.

The Lake District, a region and national park in northwest England, is just over 885 square miles (2,290sq km) of lakes, valleys, woodlands and fells. It’s one of the most popular places for hikers, mainly due to the variety that it offers – from leisurely country walks or bike rides, right up to day-long hikes higher up.

Totally depends on what you choose. There are plenty of well-trodden paths around the huge number of beautiful lakes that make up a large part of the area – unsurprisingly, England’s longest (Wastwater) and deepest (Windermere) bodies of water are found here. For the higher peaks, like Scafell Pike or Helvellyn, terrain underfoot can be a bit more unstable, but as long as you stick to routes, everything should be fine. It is worth noting, however, that trampled verges and shortcuts can collapse and water can stream down them when rainfall has been heavy, so be wary. 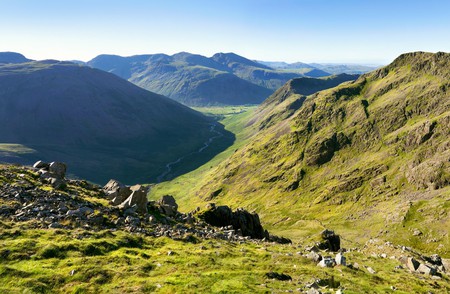 It’s all relative. Scafell Pike may well be England’s highest peak, but in global terms the Lake District is fairly modest – reaching the top is very doable for anyone of average fitness, though some decent gear is still required.

Proper boots and a good waterproof (anything with Gore-Tex is perfect) are essential. Everything after that could be helpful, but isn’t vital. Taking your phone is obviously advisable, but there’s no guarantee you’ll get a signal. With that in mind, a detailed map will obviously help because you won’t be able to rely on checking your phone if you get lost. For anything more serious than a sedate walk, taking some food and water is advised.

Anyone thinking of going should be warned that the potential for rain is there all year round, but predominantly falls at the beginning and end of winter, either side of the snow that is common during the coldest weeks of the year. At the peak of summer, prices for accommodation increase hugely, so head in the spring and autumn when the weather is fresher and prices are a little cheaper.

The most famous connections are William Wordsworth and Beatrix Potter, and both writers’ homes can be visited. Hill Top is the 17th-century cottage that was Potter’s old home and inspired much of her work, while Wordsworth was schooled in Hawkshead and lived for a time in Grasmere, a few miles to the north. His home, Dove Cottage, was where he wrote some of the greatest poetry, a huge amount of which covers the local nature and its beauty. You can also see his grave in St Oswald’s Churchyard. 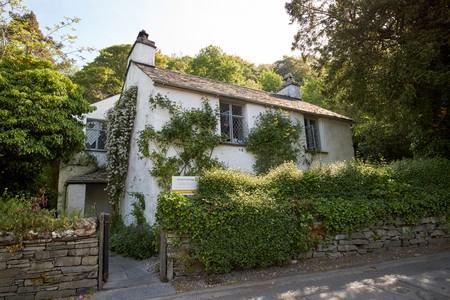 L’Enclume is one of the best restaurants in the country, and there is a fantastic variety of eating establishments, from quaint country pubs to high-end gastronomy in the Lake District. This part of the country has quite the dining scene: as well as L’Enclume, Holbeck Ghyll, Sharrow Bay and the Samling all offer Michelin-star fare, but you will need to book ahead.