A Guide to Pub Etiquette in London 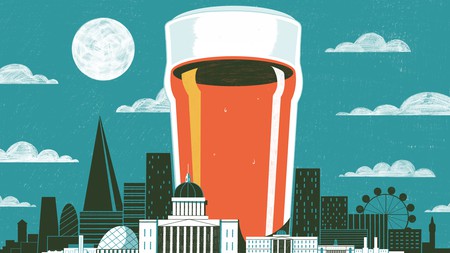 The traditional pub setting is a easy-going, relaxed one, with friends enjoying themselves over a casual drink – but there are a number of unwritten rules regarding pub etiquette. Learn them and you’ll have a great time; ignore them and feel the disdain of those around you (although they will probably be too polite to actually say anything about it).

The people that inhabit this Sceptred Isle are a thirsty breed. From the post-work pint, which often leads to several more, to the all-day session where groups settle in to a preferred nook around midday and don’t budge until closing, the pub is one of life’s greatest pleasures. And while it is where you will encountered British people at their most relaxed, there are plenty of unspoken rules that must be observed if you are to pass yourself off as a regular.

Head to a pub round the corner from the office at 6pm, for instance, and there’s every chance it’ll be fairly busy. Efficiency is key. With that in mind, this isn’t a time to be overly precious. If you arrive with two other people and one of them offers you a drink when you arrive, accept it; this isn’t the time for “No, no, no…let me get this”. But the payback is that the three of you are now “in a round”, and leaving before you’ve returned the compliment is very bad form.

If you arrive on your own, with friends already there, you should be asking if any of them need a drink before you go to the bar yourself. It might feel rubbish walking in and having to buy five people drinks immediately, but those are five drinks you’ve got coming to you afterwards, so it’s to the bar that you must head.

If the bar is lined with thirsty punters waiting to be served, it may appear that it’s every drinker for themselves, but there’s a queue. It may not look like a queue, but it is; this is England, after all.

Yes, everyone wants to be served, but that doesn’t give you licence to jump ahead . You don’t need to flash money, barge about or shout. Eye contact, perhaps with a nod of the head, should be enough. If the bartender asks you what you want and you know that the person next to you was there first, then say so. You’ll definitely be served next, and you’ve also confirmed to those in the vicinity that you’ve done this before, and that you are a decent sort.

When you do give your order, know your order. It sounds obvious, but there is nothing worse than waiting for a person who orders, “A pint of Red Stripe and a red wine… Oh, and a cider… And a gin and tonic.”

If they add a Guinness at the end, you have the entire pub’s permission to pull them up on it. Guinness should always, always, be ordered first. It takes the longest to make, because it needs to settle. (Cocktails take longer, but we’re in a pub. No one drinks cocktails in a pub. If you want a cocktail, head to an overpriced basement in Covent Garden that needs to shift leftover blue Curaçao.)

There’s no need to tip. You don’t need to; it’s not a thing in pubs. Traditionally you might buy a drink for the bartender – “…and one for yourself” – but that’s died out, perhaps as the price of a pint has risen to unspeakable levels. If you do it today, staff might not actually have the drink, but will take a small amount of change instead. So, technically, even though you don’t need to tip, and you aren’t offering a tip, you’re actually tipping.

Don’t be a hero. If you’ve ordered six or seven drinks, ask for a tray. That said, if you are one of those people that can carry four full pints with your hands, then do it. It’s genuinely impressive.

Being in a round means that it’s generally customary to buy some crisps when you get your drinks, even though no one has asked for any. Don’t buy just one pack; get a few different flavours. You can let the bartender pick – “Just a selection is fine” – but definitely get fewer packs than there are people. That way, you can open them up fully, tearing all the way down the seams, and leave them in the middle of the table for everyone to enjoy. Do NOT keep them to yourself, as you would in literally any other setting in the world.

A “pub salad” involves pouring a bag of peanuts into a bag of crisps and mixing them up. Still more adventurous are pork scratchings – the connoisseur’s choice.

The best things about pub culture are shared, just like the packet of crisps. The pool table, dartboard and juke box aren’t your personal toys. Tradition dictates that if you want to play pool and someone is already playing, you put a pound coin on the side of the table in what is effectively another queuing system. Don’t be the people who get on and immediately put five or six coins on the side, though.

Tolerance is a key. You might get bumped into, the table next to yours might be laughing loudly; it’s fine, it happens. If your table has room for two more to sit down, share the space. If you see the same person in the toilet as you saw two hours ago, give them a “Hello again”.

If there are empty glasses on your table when you go to the bar, take them with you. If the toilet in the gents is blocked or flooding, tell someone. When you leave, do it quietly; don’t annoy the people who live nearby, as it’ll be the pub that gets the complaints, not you.

The pub is one of the best things that we do, so look after it, and follow these simple rules to make sure you’re always welcome back. Now go to the bar – it’s your round.