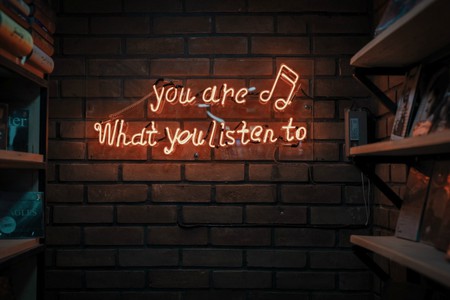 If you live in the north of England and you enjoy live music, you’re spoiled for choice with the array of live music venues catering for everything from mainstream indie bands to techno DJs and jazz musicians. There are some venues, however, that are a little more difficult to stumble across but will reward you with intimate spaces, unusual settings and surprisingly impressive roll-calls of musicians who have previously graced their doors. Here are seven of our favourite underground music venues around Manchester and Yorkshire.

Situated just 25 minutes by train from Manchester Victoria train station, the Golden Lion pub in Todmorden looks like a typical pub from the outside, but it is much more. Over the past few years, the pub has become one of the most talked-about music venues in the north of England – for those in the know. Its small upstairs venue, tiny craft-beer bar and larger main space have hosted everyone from local folk musicians to techno-legend Andy Weatherall. It’s more than just a gig venue, though; this is a community space that hosts UFO club meetings, yoga lessons, Green Party and Labour Party meetings and also serves deliciously authentic Thai food. Be warned: most events sell out quickly. 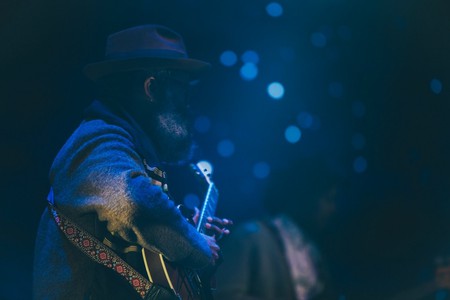 Just down the valley, Hebden Bridge has its own music venue that has achieved cult status. The Trades Club is a socialist member’s club and gig venue that, despite its small size, has hosted many impressive names including Patti Smith, Teenage Fanclub and British Sea Power. The venue is much revered in certain musical circles with many bands expressing an interest in including it on their tours, despite its location in the middle of the Pennines. For several years running, the Trades has seen itself included in the final of the NME Small Venue of the Year awards. 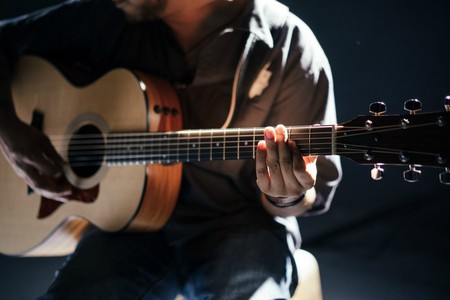 Manchester is filled with interesting music venues but Soup Kitchen is perhaps one of the most beloved of local music fans. Upon first impressions, the venue appears to be a canteen-style café and drinking den – the venue is tucked away downstairs in a rather dingy basement. A rather literal ‘underground’ venue, Soup Kitchen’s live music space might not be the most visually inspiring, but every band on the scene has passed through its doors at some point in their career.

If you live in the north of England and like watching live music, you will almost certainly have watched a gig at the Brudenell. This old working men’s club has become a regular fixture for many touring bands, with two rooms hosting live music. The venue has hosted secret intimate gigs for large bands such as Franz Ferdinand as well as championing smaller up-and-coming musical acts. 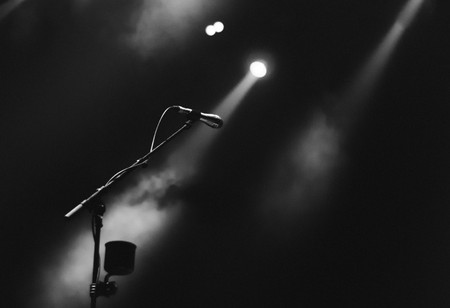 The Grayston Unity has the accolade of being the smallest music venue in the whole of the UK. Located in the centre of Halifax, the Grade II listed building hosts a popular micro-pub specialising in craft beer and an impressive variety of gin. Several nights a week, local and visiting musicians play in the intimate space, allowing guests to nestle down on sofas and get comfortable while enjoying the music.

Surely one of the most interesting music venues in the whole of the UK, the Band Room is literally a shed in the middle of nowhere in the North York Moors. This small space in the moors has hosted plenty of big names including Cerys Matthews and Willy Mason, drawing in crowds from all around the world for the unusual experience of bringing your own beer, watching live music in a 100-capacity shed, then heading outside to admire the skies of a Dark Sky reserve. 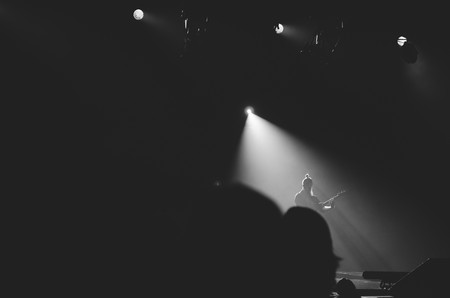 Another unusual spot to watch live music, Peak Cavern in the middle of the Peak District is not for music fans with claustrophobia. Perhaps the most literal ‘underground’ music venue on this list, the cave system has hosted everything from classical music to indie bands such as The Vaccines, Mystery Jets and even local legend, Jarvis Cocker. Keep your eyes peeled for special one-off events including raves in a cave, Christmas carol concerts and once-in-a-lifetime subterranean gigs from your favourite bands.