A Guide to Five Islands in the Scilly Isles 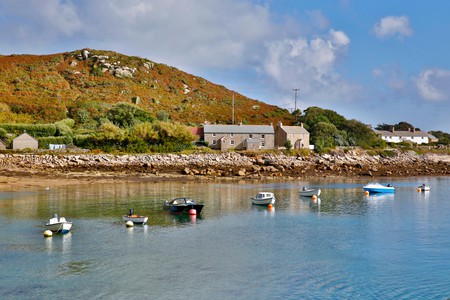 On a clear sunny day you can see a hazy chain of islands rising 28 miles (45 kilometres) out to sea. Culture Trip rounds up the five main inhabited islands of the Scilly Isles off the far-westerly tip of Cornwall – along with a few more that are well off the beaten track.

To ancient travellers, this lonely archipelago was all that remained of the lost land of Lyonesse, a legendary kingdom drowned by rising seas long ago. To modern eyes, they’re better known as the Isles of Scilly – an archipelago of more than a hundred islands, atolls and islets, famous for their sandy beaches, balmy climate and laidback island lifestyle.

People have lived on Scilly since ancient times – the islands are littered with Neolithic burial mounds, dolmens and chamber tombs – but these days only five islands are inhabited. At the last census, just 2,203 people called Scilly home, most of whom live on the main island of St Mary’s, while there are much smaller populations on the neighbouring islands of Tresco, Bryher, St Agnes and St Martin’s.

Life here feels a long way from the hustle and hum of the mainland. Apart from on St Mary’s, there are no cars, supermarkets, chain shops or phone boxes. In fact, most of the islands count themselves lucky to have a single pub.

Each of the islands has its own character, and getting between them is easy thanks to the St Mary’s Boatmen’s Association, which has been providing an inter-island transfer service for more than half a century. 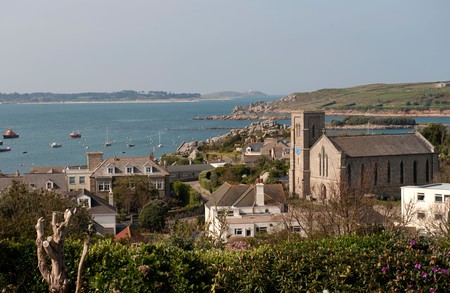 More than three quarters of the Scilly Isles’s population live on St Mary’s. It’s the largest of the islands, and also home to the majority of facilities – including Scilly’s airport, supermarket, secondary school, police station and hospital, along with both of its football teams.

It’s also home to the islands’s only museum, which has a hotchpotch of exhibits exploring local history, from prehistoric tools to shipwrecked cannons, sailors’s pipes and a small display relating to Harold Wilson, the former British Prime Minister, who had a lifelong love-affair with the islands.

Most islanders live in or around the main settlement of Hugh Town, set along a narrow sandy isthmus, and overlooked by an imposing fort, the Garrison. Built during the 16th century, the star-shaped fort at its centre is now an upmarket hotel, the Star Castle. Hugh Town also boasts one of Scilly’s oldest pubs – the Mermaid Inn, an old haunt for smugglers and sailors, and now the island’s liveliest nightspot.

Day-trippers rarely explore much beyond Hugh Town, but St Mary’s has many other fascinating sights. A prehistoric settlement can be found on Halangy Down, where you can walk through the streets of a Neolithic village and duck inside the spooky burial chamber known as Bant’s Carn. The island also has its own tiny vineyard, Holy Vale Wines, which produced its first vintage in 2014. Of course, there are also plenty of lovely beaches – including Pelistry Bay, a secluded patch of sand situated far from the summer crowds on the island’s remote east side. 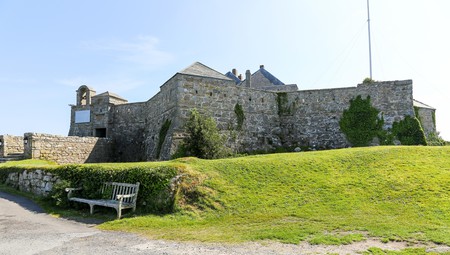 The second-most visited island after St Mary’s, Tresco is celebrated for the Abbey Garden, a sub-tropical landscaped garden laid out in the mid-1800s by the politician Augustus Smith, who was Lord Proprietor of Scilly for more than three decades. Covering seven hectares (17 acres) of terraces, parterres and gardens within gardens, the estate benefits from a unique microclimate that allows many exotic species to grow, from jungle palms to desert succulents. Also worth visiting is the fascinating Valhalla Museum, which houses a collection of carved figureheads salvaged from some of the many ships that have foundered off Scilly’s shores.

There are no cars on Tresco, so the only way to get around is by foot or bike – there’s a rental outlet near the island’s shop. Staying on Tresco is eye-wateringly expensive – there’s only one hotel, the upscale New Inn, along with a handful of holiday apartments and cottages – so most people commute from nearby St Mary’s, a journey of about 20 minutes.

Across the channel from Tresco, the long, narrow island of Bryher is perhaps the wildest and most beautiful of the Scilly Isles. Home to around 80 people, it feels largely deserted. Nature still seems to hold the upper hand here, from the lonely, gorse-covered summit of Watch Hill to the great sandy sweep of beaches such as Rushy Bay and Great Par. You can circumnavigate the entire island on foot in a couple of hours, stopping in along the way to browse works at local artists’s studios, or to buy homemade fudge and jam from stalls beside the coast path. Kayaks can be hired from Bennett Boatyard, and you can arrange private boat transfers to the nearby island of Samson, abandoned by its last resident in 1855.

The best place to stay is Bryher Campsite, a rustic spot where you pitch your tent among the gorse and heather, with the kind of Atlantic views you’d normally have to pay through the nose for. 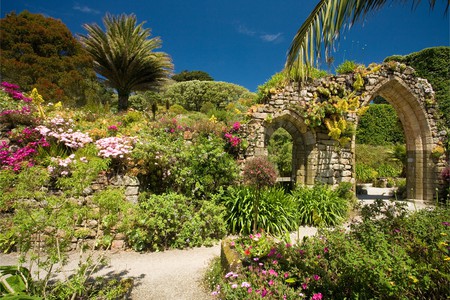 The most southerly island feels quiet, even by Scilly standards. It’s home to just 85 people, who have the island’s coves, inlets and heaths pretty much to themselves outside the main summer season.

St Agnes is linked by a narrow sandbar to a neighbouring island called Gugh, where you’ll discover many Bronze Age remains and a peculiar tilted menhir known as the Old Man of Gugh. It’s possible to walk across on foot at low tide, but make sure you know the tide times unless you fancy getting stranded.

When you make it back to St Agnes, don’t miss a pint at the fabulous Turk’s Head while you wait for the return ferry. The island’s nautically themed pub is covered with maritime knick-knacks and ships ephemera. 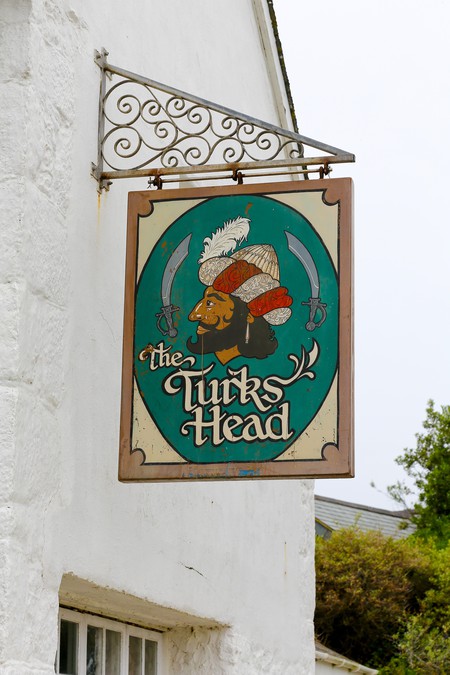 Little St Martin’s is the best place to get a sense of Scilly’s close-knit community. It has its own bakery, organic farm, vineyard, dive school, post office and fish and chip shop, as well as one of the islands’s largest flower farms, an industry that has provided an important income for islanders since the 19th century. There are plenty of glorious beaches, too, including Great Bay and Lawrence’s Bay.

You can don some fins and get up close to wild grey seals with Scilly Seal Snorkelling, which runs guided trips throughout the year. The best place to meet the locals is the atmospheric Seven Stones Inn, St Martin’s only pub, and if you feel like staying overnight, you can either pitch a tent at the campsite or book a room at the swish Karma St Martin’s. 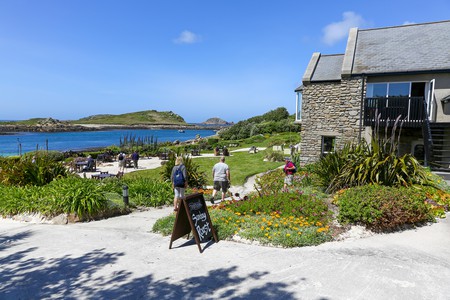 Isles of Scilly Travel runs flights year-round from airports at Land’s End and Newquay, as well as seasonal flights from Exeter. They also operate the island’s ferry service, the Scillonian III, which runs between April and October. In summer, it’s possible to visit the islands on a day trip by getting an early morning flight and returning on the afternoon ferry, although you’ll only get a few hours to explore.

From April 2020, Penzance Helicopters will be operating direct helicopter flights to St Mary’s and Tresco.