A Cultural Tour Of Surrey From Dorking To Guildford 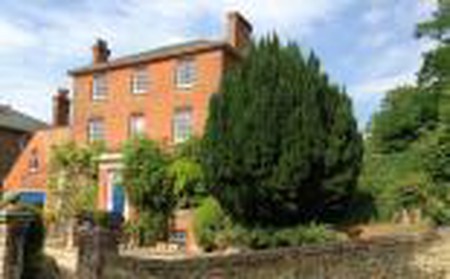 The English county of Surrey boasts picturesque sights and beautiful, atmospheric towns. From Guildford to Dorking, Box Hill to Westcott, we explore this gorgeous area in South England, explore the best pubs and food in Surrey and follow the traces of Lewis Carroll and Thomas Malthus. 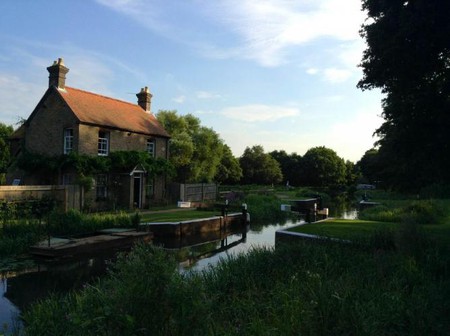 George Lambert’s most famous painting hangs inconspicuously at Tate Gallery in London. The picture, A view of Box Hill, Surrey, was painted in 1733. According to Lambert’s vision, four hundred years ago Box Hill was farming land. Crops took the place of forests and people’s lives were devoted to agriculture. Today, Box Hill is a popular tourist attraction, as is the whole of Surrey. But it is a very slow kind of tourism, with a relaxing tempo, even though this county in South England is just one hour away from London Victoria station.

Surrounded by woods, Box Hill is a National Trust Park beloved by Londoners that want to breathe clean air and enjoy its forest paths. The river Mole runs between Box Hill and Dorking, the closest town, offering the most delightful spot in Box Hill, the Stepping Stones, a natural pool crowded on weekends but a quiet oasis during the week, even for a new-age and esoteric community in Dorking, a group of believers in spiritual forces and the energies of Nature that gathers now and then at night around the Stepping Stones. 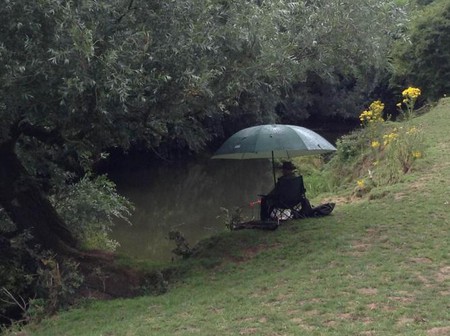 The journey to the Stepping Stones is best started at TripAdvisor’s most valued bed & breakfast in Surrey, The Waltons, a three-storey Victorian house, owned and managed by Margaret Walton. But this building is no exception, as all houses around Rose Hill are gorgeous. What makes this place special, however, is that in the middle of the road there is a field where twelve to fifteen sheep graze and rest under the shadow of an ancient oak.

The first thing about Surrey that delights the foreign visitor is its carefully gardened nature. Of course, this is Europe and hundreds of generations have wandered and lived there, taking care of the nature around them. Nevertheless, it is amazing how every tree, every field, every plant, every flower, every stream, the paths and all the old pubs – even those pubs that are owned by multinationals – somehow seem designed to match their own setting. There is some magic in it too. It is, perhaps, not surprising that in 1868, Lewis Carroll established his family in Guilford, the county town of Surrey, a quiet and most convenient city for an introspective creator such as himself. 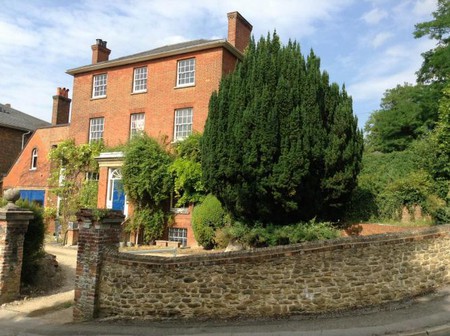 Carroll – the pen name of Charles Dodgson – bought The Chestnuts house, a four-storey building near the Guildford Castle, and made it a home for his six unmarried sisters. He remained a regular visitor and, in fact, died there in 1898. The Chestnuts House still stands, with the same garden and design except for the Carroll sisters’ greenhouse, which has been taken down. There are no signs that inform the visitor about the historical value of the house. According to the staff at the local Guildford Museum, the current owners wanted to avoid a pilgrimage of Alice in Wonderland fans. The museum shows some souvenirs from the Dodgson family and Carroll’s life and, despite its small size, provides an interesting insight into Guildford’s history.

The Dorking Museum is another one to visit in the area – in addition to revealing that Laurence Olivier was born in this town, the museum also offers a detailed chronology of a fight between a German Junkers plane and a British Mosquito in 1944. 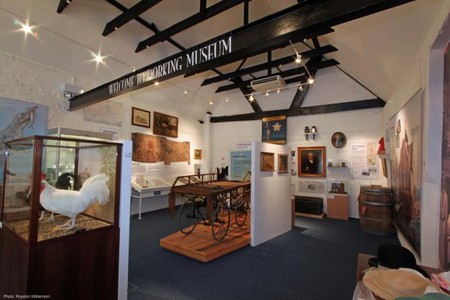 After exploring a bit of Second World War history, visitors can walk around Dorking’s West Street, with its antique shops, pubs, stones that witnessed centuries of pilgrimage to Canterbury and farewells to some of the crewmen that crossed the Atlantic on board the Mayflower. Breakfast or a long coffee break is a must at Georgeous Gerties, a tea room and gift shop that is guaranteed to make its guests fall in love with all things vintage.

After walking down to Dorking’s meadow bank, visitors can take a tour along the wide football and picnic grounds, before heading to the cosy neighbourhood at Chalkpit Street, and finally hiking for about half an hour through the Denbies Wine Estate, the biggest vineyard in England. Visitors to the area can enjoy a bottle at the vineyard restaurant or continue on their way to the Stepping Stones. From there, Box Hill is within reach, but the forest on the east side of the hill is an equally tempting place to explore. This could be the ideal time to start collecting fossils: they’re really everywhere. Fish-spotting is great too: zigzagging the River Mole from the Stepping Stones to a local mill, explorers are bound to find astonishing spots to observe trout and herons. Fishermen take up their spots here before sunset, covered under big umbrellas, close to their picnic baskets. Everything is so beautifully tailored to the environment that it suddenly becomes easy to sympathise with Beatrix Potter’s fantasy. 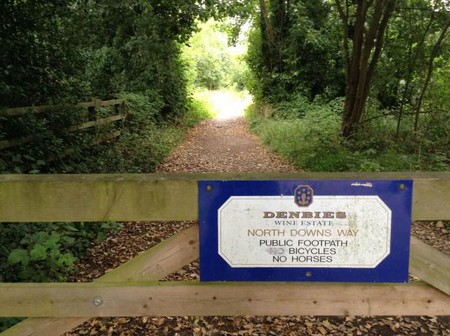 The village of Westcott is two miles away from Dorking and seems to be as old as England itself. Not only does the urban plan appear untouched – some of the buildings take you back to an age of wooden roofs and unpaved roads. The best venue to have a truly local lunch in Westcott is Bertram Bees, a restaurant in a three hundred-year old inn with a beautiful garden, ideal for enjoying elaborate sandwiches and tasting local ciders.

There is a one-mile road through the forest that ends at Rookery Hill, a gorgeous area with stables and an old house with a mill perched on top of a stream coming from two neighbouring lakes. The Rookery was the birthplace of Thomas Malthus (1766-1834), a leading economist and pioneer of modern demography, who received his basic education in that exact house, until he was sent to Cambridge in 1784. Malthus wrote some parts of the famous Essay in the Principle of Population in his parents’ house. According to drawings from that time, the landscape hasn’t changed very much, although the Malthus house was demolished, except for the millhouse. There is nothing left here as a souvenir of Malthus’ great mind and ideas. 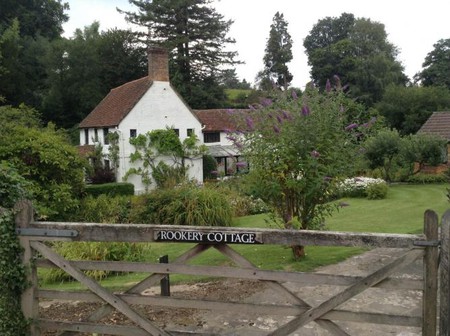 Surrey was the heart of the Pilgrims’ Way to Canterbury, a route whose origins can be traced back to the Stone Age. There are many local guides that show how to follow the way in different stages, organised according to difficulty. Adventurous Pub Walks in Surrey (Countryside Books) is an interesting example and allows visitors to see Ripley, and the famous skeleton of the 12th century Newark Augustinian Priory, dedicated to Virgin Mary and Saint Thomas of Canterbury. The abbey is ruined but the walls are still standing, along with the arcs and buttresses of white stone. The grounds are closed to the public, the abbey can be seen from half a mile away, from the path that follows the River Wey Navigation, a canal opened in 1653 as a trading entrance to the River Thames. The canal and its surroundings offer some of the most delightful views in the whole of Surrey. Exploring Ripley is best done on foot and, before leaving the town, a must-visit sight here is Saint Nicholas, a Romanesque church built in 1154 that has the ability to transport its visitors to a magical world. From there, take the Abbey Stream and go back to the River Wey Navigation.

There, you can rent a boat and navigate towards the north; it’s 10 miles until you reach the Thames. From there, say goodbye to Surrey and head towards the Tate Gallery’s pier in London. George Lambert’s painting of Surrey will be waiting for you.