A Comprehensive Guide to Brummie Slang 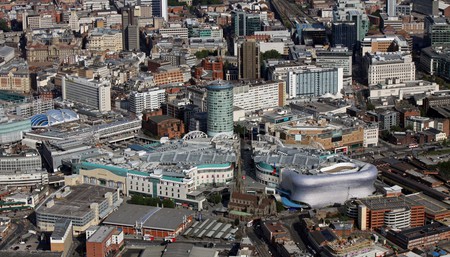 Are you in Birmingham and literally have no idea what everyone is saying? Don’t worry; we’ve got your back. This guide to Brummie slang should help you out. Though some are seldom used of late, they still ring true with the locals. Tara-a-bit.

Ackee – the playground game of tag.

Ar – yes, or to agree with something.

Ark at that – listen to that!

Bab – an endearing term to a female.

Cack-handed – a clumsy way of doing something.

Deff off – to not do something.

Entry – the alley between terraced houses.

Gully – an alleyway, or space round the back of houses.

Having a Benny – to throw a strop.

It’s raining in – rain is getting inside the house, close the window.

Mom – mother. NOT MUM.
Mooch – have a look around.

Nause – someone who makes a mess of something.

One bomb – to knock someone out with one punch.

Outdoor – the off licence.

Peaky blinder – a flat cap worn by the Birmingham gang in the 1900s.

Pop – squash; not to be confused with fizzy drinks.

Rezza – the reservoir, most likely Edgbaston.

The cut – the canal.

The Bull – a bronze statue outside the Bullring, and a general meeting place in town.

Wag – skip school or miss a lesson on purpose.

Wench – an affectionate term for a young woman.

Got any words to add? Let us know in the comments!