A Brief History of the Cotswolds 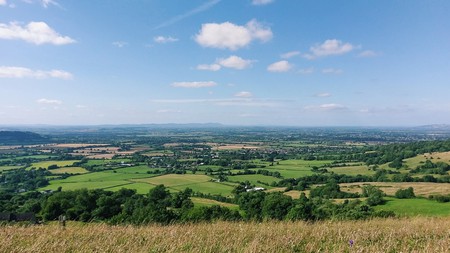 Regularly topping the list of the most beautiful places to visit in England, the Cotswolds are renowned for glorious countryside, chocolate-box villages and a rich history. Here is everything you need to know about this picturesque region.

What are the Cotswolds?

The Cotswolds is a large area in the South of England, covering almost 800 square miles. The boundaries are open to debate, with every local having their own opinion on where the Cotswolds begins and ends, but they mainly cover the counties of Gloucestershire and Oxfordshire, extending into parts of Wiltshire, Worcestershire, Warwickshire and Somerset. The region was designated as an Area of Outstanding Natural Beauty (AONB) in 1966 – the largest in England and Wales – thanks to its rare limestone grassland habitats and ancient beech woodlands, and home to some of the most endangered of British wildlife. 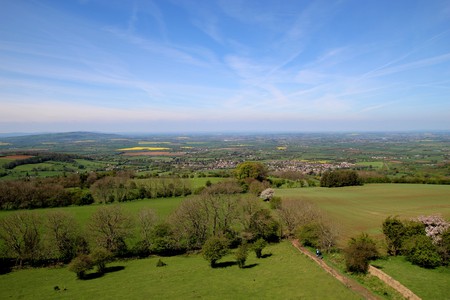 Where did the name come from?

There are a couple of different suggestions as to the origin of the name ‘the Cotswolds’. The most commonly agreed explanation is that the name is derived from ‘cot’, meaning ‘sheep enclosure’ and ‘wold’, meaning ‘hill’, resulting in ‘sheep enclosure in rolling hillsides’ – after all, the area is famed for wool production since the Middle Ages. Another idea is that the Cotswolds comes from ‘Cod’s-wold’, referring to an Old English personal name.

The Cotswolds was well known throughout Medieval Europe as the source of some of the best wool available. The rolling hills of the region were, and still are, perfect grazing for sheep, and the area became famous for the Cotswold Lion – a native breed of sheep with a distinctive long golden fleece. Market towns such as Tetbury and Chipping Campden thrived under the wool trade, and the success of the age is still visible today through the grand architecture and fine houses wealthy merchants built as a result. 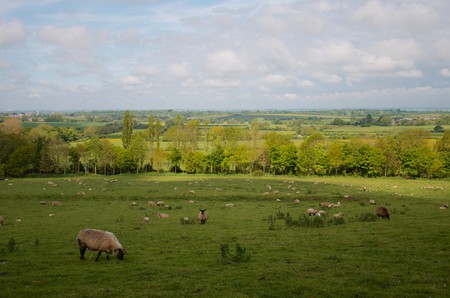 It’s impossible to think of the Cotswolds without picturing the pretty honey-hued cottages and churches that characterise the charming small towns and villages of the region. This is all thanks to the famous Cotswold stone, a yellow oolitic Jurassic limestone, rich in fossils and unique to the area. 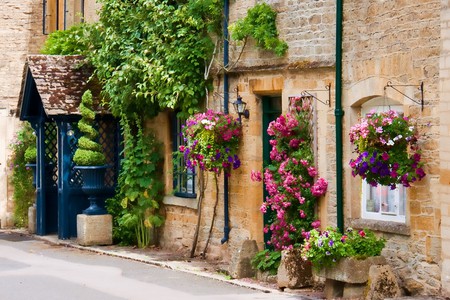 Stow on the Wold | © Hans Splinter/Flickr

Home to some of the most idyllic villages, elegant manor houses, romantic gardens, grand palaces and breathtaking scenery, the Cotswolds is a very special area of the UK with a lot to offer. With a thriving foodie scene, the region celebrates locally-grown and reared produce. Whether it’s fine dining you’re after, or a cosy pub to while away an afternoon, you’ll be spoilt for choice here.