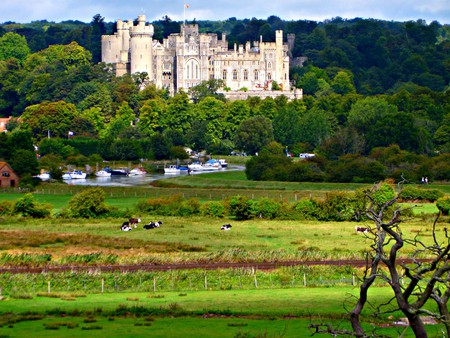 Oh, we do love to be beside the seaside – but inland and down the coast from Brighton holds plenty of appeal for pleasure-seekers too. With staggering geographical diversity comes a landscape full of surprises, inviting the greatest creative minds to capture its essence. There are more unique day trips here than could fit in an entire year – but here’s our pick for the most stunning views and cultural highs from Sussex to Kent to Hampshire.

The South Downs National Park spans the coastal counties of Hampshire in the west to East Sussex and is one of the most recently designated national parks. It has always been an adventurists’ mecca, however — mountain bikers grind the hills alongside ramblers touring the South Downs Way in the company of horseback riders. At the peak of its charms sits Ditchling Beacon, a punishing climb for cyclists, but with a view over the Sussex countryside that makes every switchback worth the sweat. A few miles further to the east towards Lewes, there’s a bird’s-eye view of the home of the Brighton and Hove Albion, American Express Stadium. To the west is Devil’s Dyke, containing the UK’s largest dry valley and resplendent vistas. Every photo along the Downs’ 3000 acres is postcard-worthy. 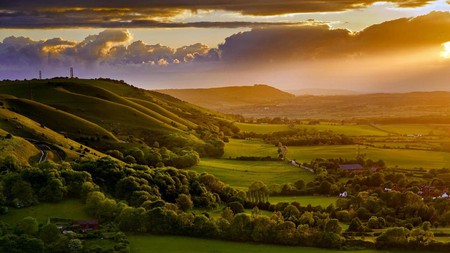 Settled into the embrace of the South Downs, Arundel, a bucolic market town, is a destination worth exploring. Tuck into a cream tea at Berties of Arundel before a leisurely tour of the magnificent medieval Arundel castle; historical reenactments and open-air stagings are popular here, painted upon a very special backdrop. 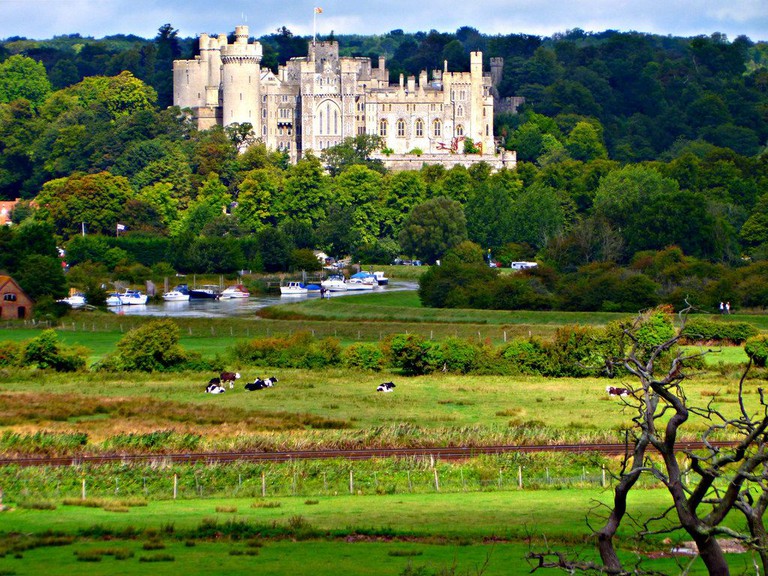 A mere six miles from Brighton sits the picturesque, historic market town of Lewes. Nestled in the crook of the South Downs, the winding streets and twee houses make for a delightful stroll. There’s plenty to see in Lewes, including the eponymous castle, built around 1081 after the Norman Invasion, as well as Anne of Cleves’ house. Many excellent pubs are supplied by the famous ale and spirit distributor, Harveys, which calls Lewes home and offers tours year round. But perhaps the best time to visit is on Guy Fawkes Night, when bonfire celebrations make the town explode; it’s one of the largest in the country, commemorating the Gunpowder Plot as well as the Marian Persecutions. The country is usually waiting with bated breath to see which effigy will be marched through the streets aflame this year. 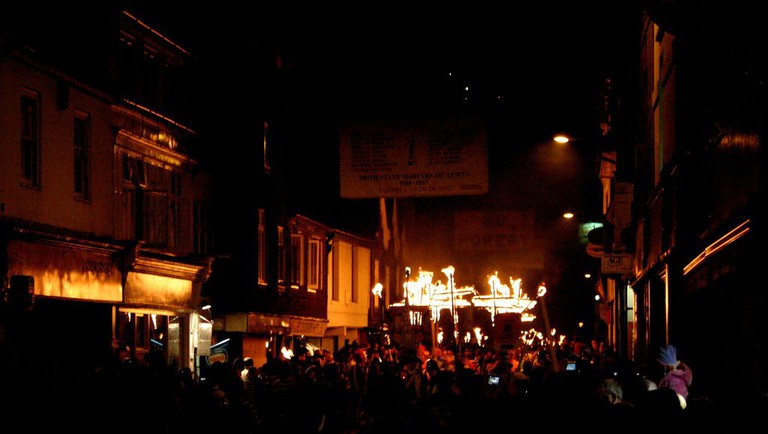 On the fringe of East Sussex lies the village of Rye and, to the south, Camber Sands – the only sand dunes in the county. Quintessentially quaint, Rye’s pretty cobbled rows and timber-framed homes belie a chequered past of smuggling and port invasions, but its light has attracted artists like Paul Nash and Edward Burra, who called Rye home. Just beyond the traditional links at Rye Golf Club are the ever-shifting Camber Sands, a Site of Nature Conservation Importance. 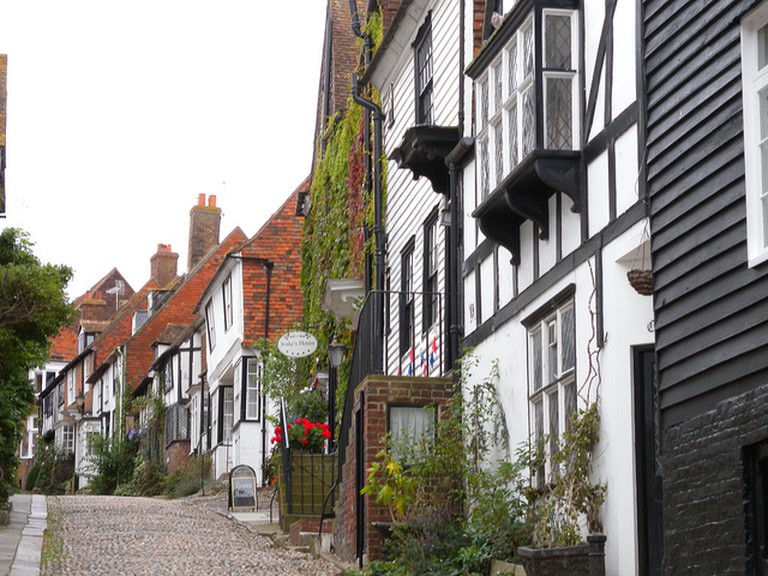 Because a day without a glimpse at a castle is no day at all, Hever Castle flaunts as much romanticism and intrigue as its former occupant, Anne Boleyn. With great defences and a double moat, it was no doubt intended to guard a great family – as it did with the Boleyns throughout the 15th and 16th centuries. Later passing into the hands of Anne of Cleves, the castle fell into disrepair. William Waldorf Astor, a wealthy American, acquired the property at the turn of the 20th century and is responsible for the estate’s Tudor Village and extensive gardens. 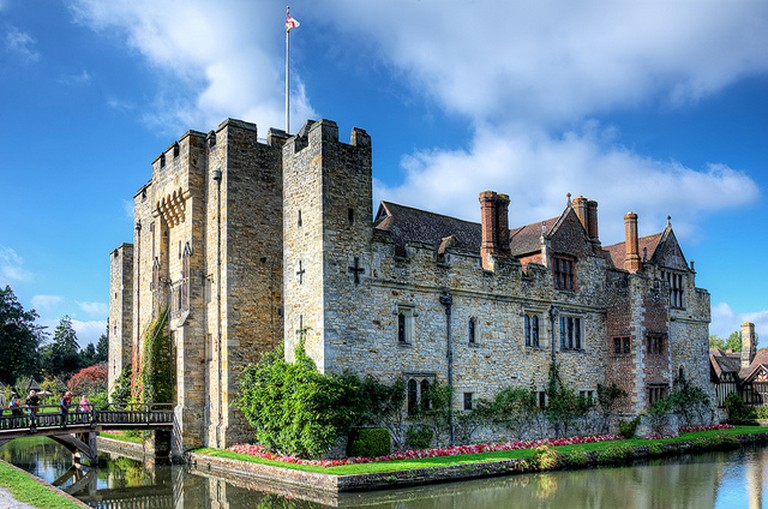 Given its proximity to the capital, Brighton is home to one of the largest commuter populations in the country. Just a short ride — around an hour — connects two cities that rarely sleep. For an experience that only London can offer, check out a matinée on the West End before deciphering the Rosetta Stone at the British Museum. More than a day is needed, but it’s always best to leave wanting more. 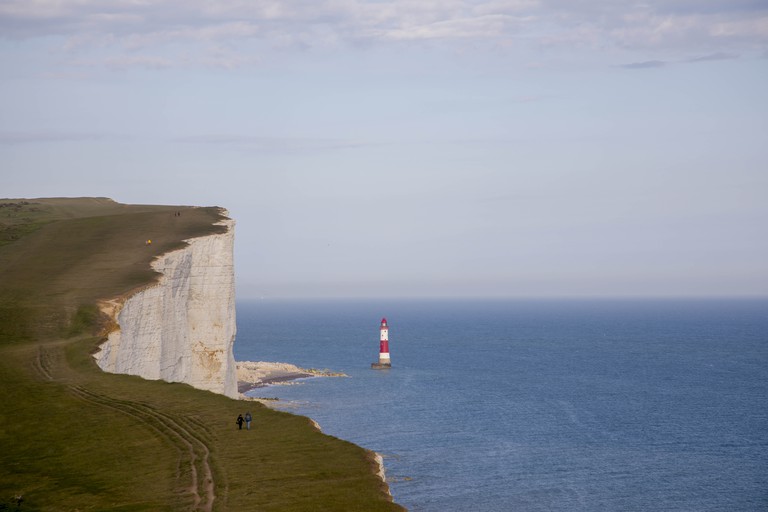 The South Downs coast is known for the chalk Seven Sisters cliffs | © Athanasios Gioumpasis/Getty Images
Perhaps the most distinctive geological feature of the region, the undulating chalk cliffs that stand in stark relief to the sea, are known collectively as the Seven Sisters. The beach-combing paradise of Cuckmere Haven forms the western starting point for these stunning walls, which have appeared in countless movies, such as Atonement. Perfect for a long, careful ramble.

The National Trust in Sussex & Kent

Any day trip would be deficient without at least several stops at some of the National Trust’s amazing portfolio of properties. In West Sussex, spend some time at Petworth House and Gallery – home to the Trust’s largest collection of pictures – including pieces by Turner and Blake. In East Sussex, Rudyard Kipling’s preserved home, Bateman’s, sits some 20 miles east of Virginia Woolf’s Monk’s House. If there’s time to spare, larger estates like Wakefield Place and Sheffield Park Garden are not to be missed. 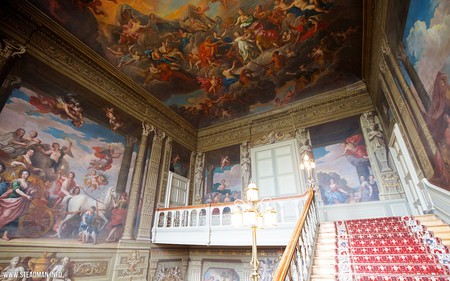 Petworth House | © davidgsteadman/Flickr
Give us feedback