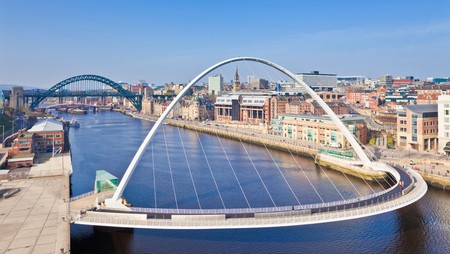 Whether you’re in Newcastle for a day, a week, or even if you’re a bona fide local, there are plenty of top attractions that you can’t afford to miss out on in this vibrant and exciting city. From history and culture to some utterly modern treats, let us take you through some of the top places to visit next time you find yourself up in the North of England. 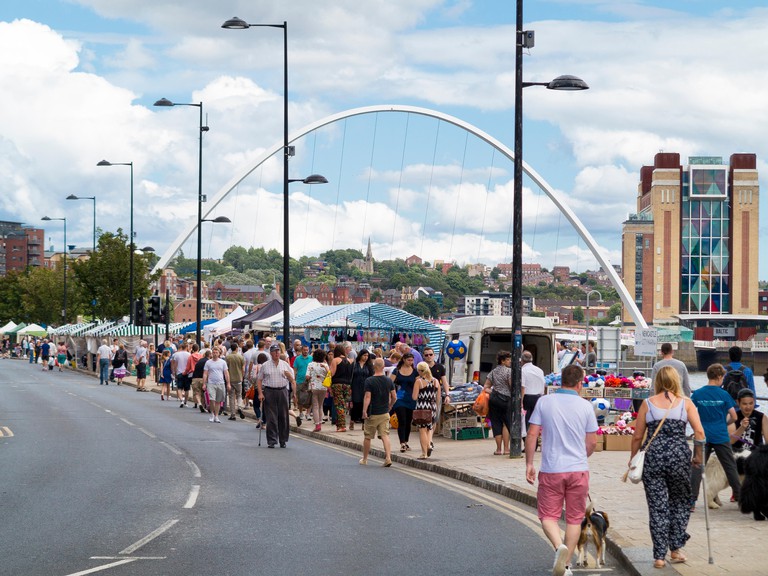 © Scott Hortop Travel / Alamy Stock Photo
The place to go for pubs, clubs and restaurants, the Quayside is now also a modernised hub of arts, music and culture in the city. Check out the Quayside market on Sundays and the area’s party atmosphere on Saturday nights.

Building, Historical Landmark
Facebook
Email
Twitter
Pinterest
Copy link
Share
Not that new anymore, this Medieval structure is what gives Newcastle its name. First built by the son of William the Conqueror, the castle is now open to visitors from 10am to 5pm. Take the kids down at the weekend to make the most of the educational offerings.

The Biscuit Factory has been a contemporary art gallery and events space for nearly two decades, however its past lies in much more industrious pursuits. In its history, the building has been a warehouse and carpet shop but now offers some of the best art in the area.

Cathedral, Church
Facebook
Email
Twitter
Pinterest
Copy link
Share
The most northern Cathedral in the country, St Nicholas dates back to the same Norman period as the Newcastle Castle. St Nicholas is the patron saint of boats and sailors, which suits Newcastle with its huge river and numerous docks. 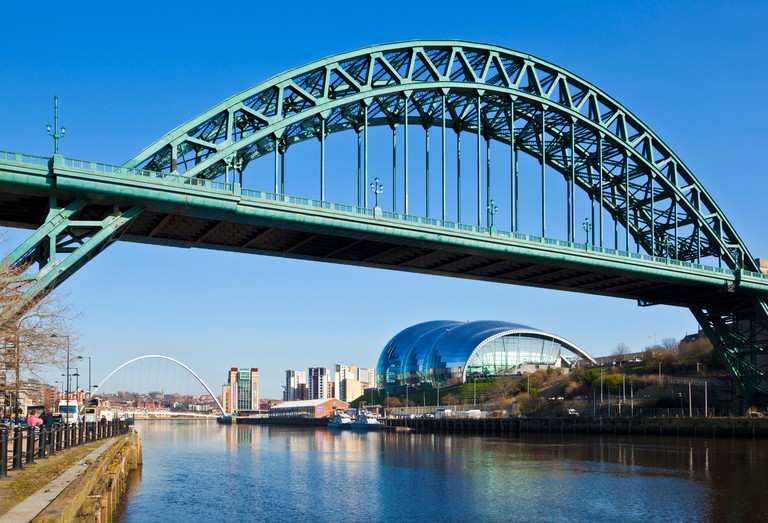 © eye35 / Alamy Stock Photo
Over 7,000 tonnes of steel went into this 389m (1,276ft) bridge. One of the city’s most iconic structures, the bridge is often decorated throughout the year to celebrate key events.

Museum
Facebook
Email
Twitter
Pinterest
Copy link
Share
The Centre for Life (formerly the Life Science Centre) is a part of the larger International Centre for Life complex. The patron of the site is none other than co-discoverer of DNA, Dr James Watson. 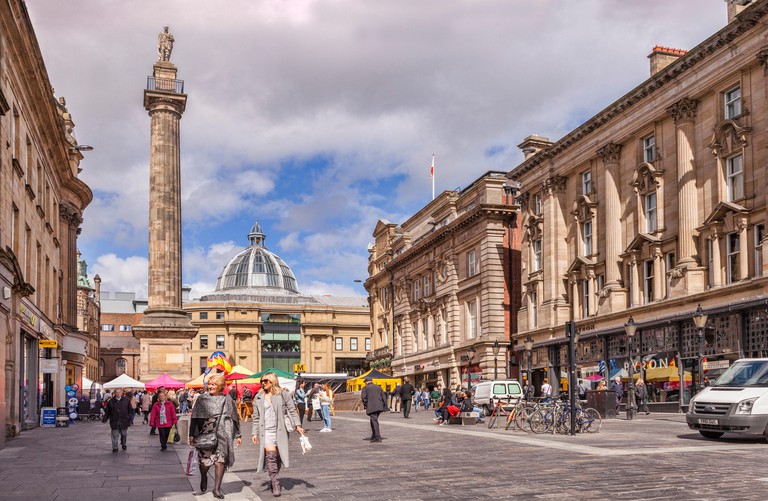 © travellinglight / Alamy Stock Photo
Atop a 40m (131ft) column looms a statue of Charles Grey, the UK Prime Minister from 1830-1834. There is a viewing platform at the top, offering guests an excellent look at the beautiful cityscape.

Museum, Art Gallery
Facebook
Email
Twitter
Pinterest
Copy link
Share
The National Centre for Children’s Books is the place to go for families interested in children’s authors and illustrators. With exhibits, readings and interactive experiences, it’s the perfect day out for young bookworms.

Natural Feature
Facebook
Email
Twitter
Pinterest
Copy link
Share
Just (16km) 10 miles from Newcastle, at the mouth of the Tyne, is the seaside town of Whitley Bay. As well as the beach, attractions include the Blue Reef Aquarium, the Stephenson Railway Museum and Hadrian’s Wall. 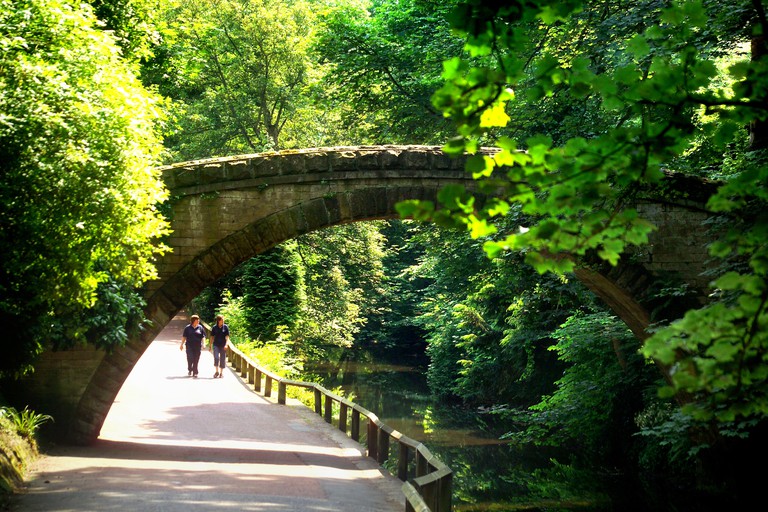 © Peter Atkinson / Alamy Stock Photo
A wooded valley that’s teeming with wildlife, including the endangered red squirrel, kingfisher and a wide array of local birds. The park is a strong example of 19th-century landscape design, offering visitors an excellent space to escape the urban sights and experience some of the area’s nature.

Building, Museum
Facebook
Email
Twitter
Pinterest
Copy link
Share
One of the biggest free museums in the North East, the Discovery Museum is keeping the history of science and industry in the region alive today. 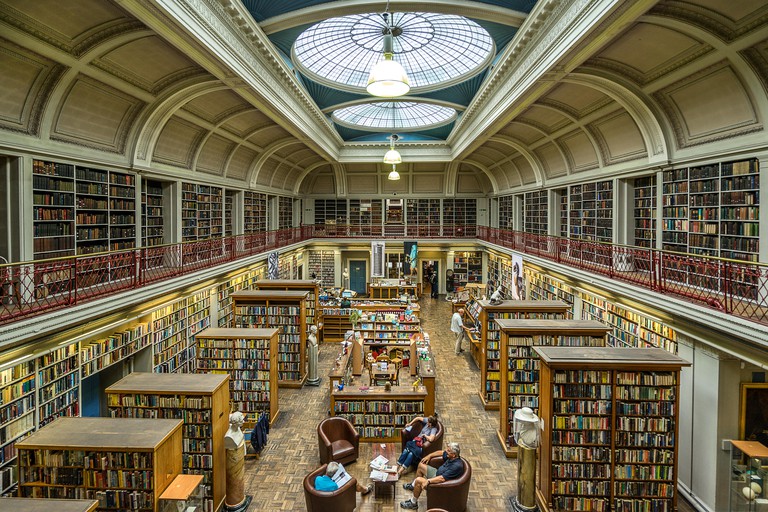 © Gordon Bell / Alamy Stock Photo
Claiming to be “so much more than a library” is bold, but the Literary & Philosophical Society has many roles. They have an events programme, a music library and 160,000 books.

Historical Landmark, Building
Facebook
Email
Twitter
Pinterest
Copy link
Share
The ancestral home of the first President of the United States, Washington Old Hall is now operated by the National Trust. Visitors can explore the inside of the Old Hall or the orchard of heritage apple trees in the gardens.

Based in the Quayside area, Live Theatre brings an excellent schedule of performances to the city, including live comedy, new plays and other interesting events. 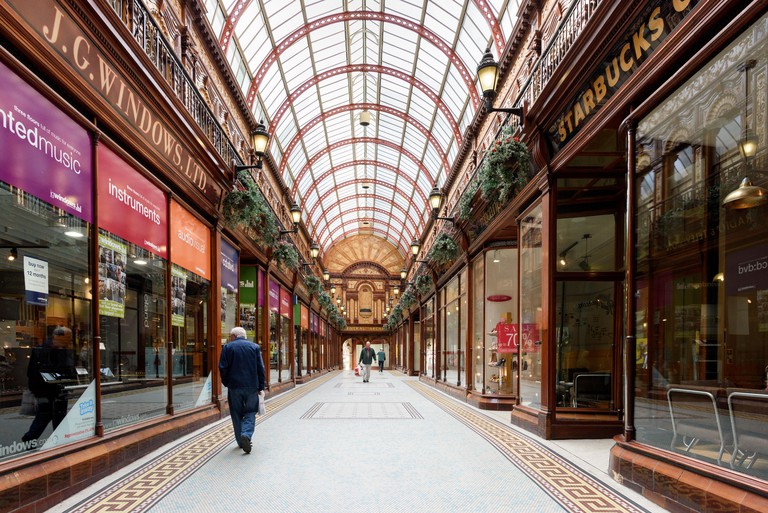 © Clearview / Alamy Stock Photo
Originally an Edwardian shopping arcade, the Central Arcade has served many different purposes in its history, from newsroom to art gallery.

Cinema
Facebook
Email
Twitter
Pinterest
Copy link
Share
One of the top independent cinemas in the country, Tyneside Cinema offers its guests a whole host of interesting titles to sink their cinephile teeth into. With specialised seasons running throughout the year as well as some of Hollywood’s biggest titles, this is a must-visit for film fans.

Museum
Facebook
Email
Twitter
Pinterest
Copy link
Share
Taking what you expect of a museum and turning it on its head, Beamish is a living, breathing experience. Giving its guests the opportunity to experience an authentic taste of what life would have been like in a Victorian village, as well as in the 1940s and 1950s, it’s an excellent way of learning about some of the local history. 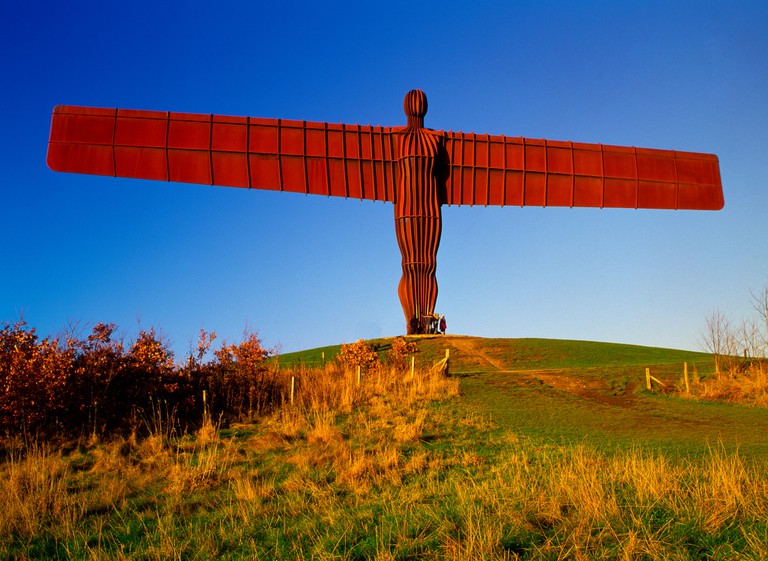 © Brian Lawrence / Alamy Stock Photo
A beacon of the North, the synonymous sculpture has become a local treasure – located just outside Newcastle in Gateshead. Originally built in 1998 by artist Antony Gormley, the towering Angel of the North has been a landmark for the region ever since.