Manchester | © Zuzanna Neziri / Flickr
Manchester has so much to offer – including a staggering amount of attractions for visitors to choose between. There’s so much to see that it can be overwhelming for first time visitors to decide what to prioritise. Architecture or art? Shops or sports? We’ve whittled down all of the city’s attractions into a concise list of the 20 must-see buildings, bars, shops and galleries. This is your essential guide to Manchester: print it off and carry it with you.

Museum
Manchester was the birthplace of many important discoveries and inventions, many of which are documented at the Museum of Science and Industry. Wander through the power hall, marvel at the collection of steam trains and early aircraft and take the time to work through the experiments upstairs.
Looks like it's closed Hours or services may be impacted due to Covid-19
More Info
Open In Google Maps
Liverpool Road, Manchester, England, M3 4FP, United Kingdom
+441618322244
View menu
Visit website
Visit Facebook page
Send an Email
Give us feedback

Art Gallery
Recently reopened after an extensive renovation project, the Whitworth is one of the best places in the city to view a collection of exciting contemporary art. Keep your eyes peeled on their exciting events calendar, pay a visit to their stunning restaurant with panoramic views of the surrounding park and pick up a picnic basket of art supplies to spark your own creativity.
Looks like it's closed Hours or services may be impacted due to Covid-19
More Info
Open In Google Maps
Oxford Road, Manchester, England, M15 6ER, United Kingdom
+441612757450
View menu
Visit website
Visit Facebook page
Send an Email
Give us feedback

Building, Library
Lovers of both books and architecture will delight in one of Manchester’s most beloved buildings. This Neo-Gothic structure is filled with one of the most extensive collections of literature in the entire country, but it’s not just for academics. Spend a few hours getting lost in its many rooms, staircases and corridors to fully appreciate the attention to detail of the building.
More Info
Open In Google Maps
150 Deansgate, Manchester, M3 3EH, United Kingdom
+441613060555
View menu
Visit website
Visit Facebook page
Send an Email
Give us feedback

Building, Cathedral, Museum
Anyone with an interest in football should make a beeline to the National Football Museum, situated inside the dramatic glass building previously known as Urbis. Find out more about your favourite sport, including an extensive look at the last time England won the World Cup, and take the chance to refine your own football skills.
Looks like it's closed Hours or services may be impacted due to Covid-19
More Info
Open In Google Maps
Todd Street, Manchester, England, M4 3BG, United Kingdom
+441616058200
View menu
Visit website
Visit Facebook page
Send an Email
Give us feedback

Building
Manchester Town Hall | © Michael D Beckwith / Flickr
Another impressive example of Neo-Gothic architecture, if you only have time to admire one building in the city, make it Manchester’s Town Hall. The ornate ceilings, mural paintings, iconic bee mosaics and instantly recognisable clock tower make this one of the best examples of architecture from this time period in the whole of the UK.
More Info
Open In Google Maps
20 Albert Square, Manchester, England, M2 5RT, United Kingdom
+441612345000
View menu
Visit website
Visit Facebook page
Send an Email
Give us feedback

Whether you’re a fan of Manchester United or you just want to visit one of the most iconic football stadiums in the world, it’s always worth hopping on a tram to visit Old Trafford. Take a tour of the stadium, pop into the gift shop to buy a memento of your visit or simply admire the structure from the outside. 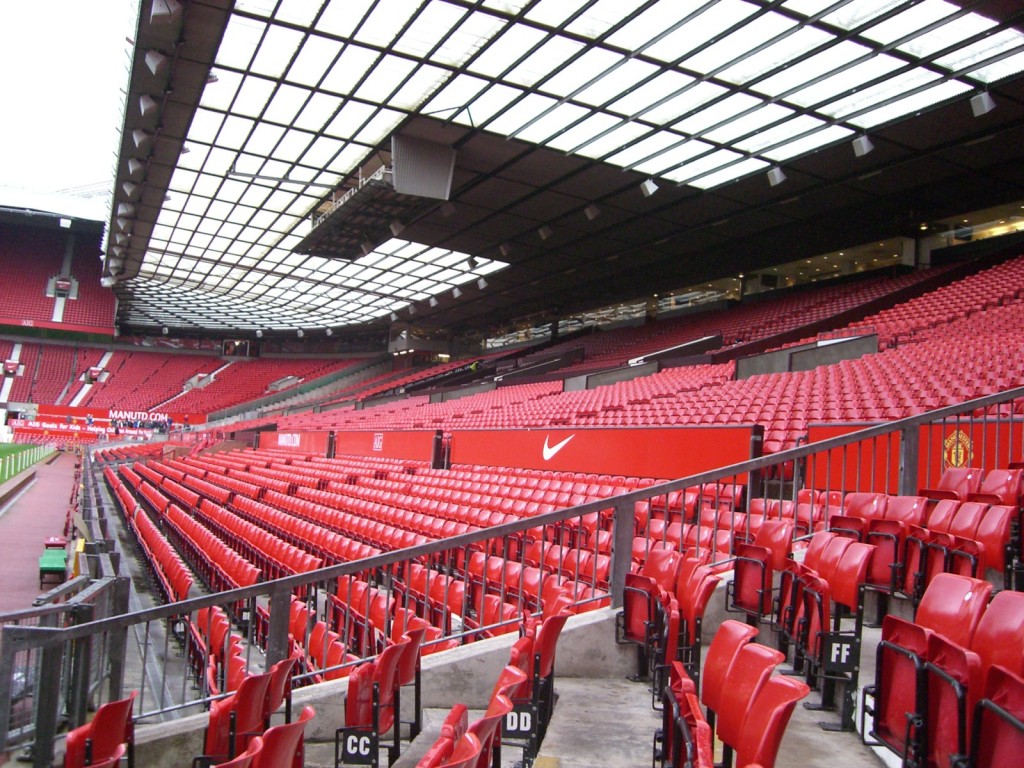 Museum
Peoples History Museum | © Made by Memo
Learn more about the history of democracy and how everyone won the right to vote in one of the city’s most interesting museums. Keep your eyes peeled for revolving exhibitions that seek to inform in exciting ways, such as Never Going Underground, which demonstrates the history of LGBT+ rights.
More Info
Open In Google Maps
New Court Street, Manchester, England, M3 3ER, United Kingdom
+441618389190
View menu
Visit website
Visit Facebook page
Send an Email
Give us feedback
Sun - Mon:
10:00 am - 5:00 pm

Manchester’s new centre of culture, HOME is the place to head to if you’re interested in cinema, theatre or art. As well as a variety of independent films, performances and exhibitions, you’ll find an impressive restaurant and cocktail bar.

In the heart of the Northern Quarter, you’ll find this hub of creativity inside a former Victorian fish market. Local artists and creatives have set up studios inside, creating and selling art, prints, sculptures, jewellery and ceramics from their own unique spaces. There’s also a cute little café and occasional musical performances and exhibitions. 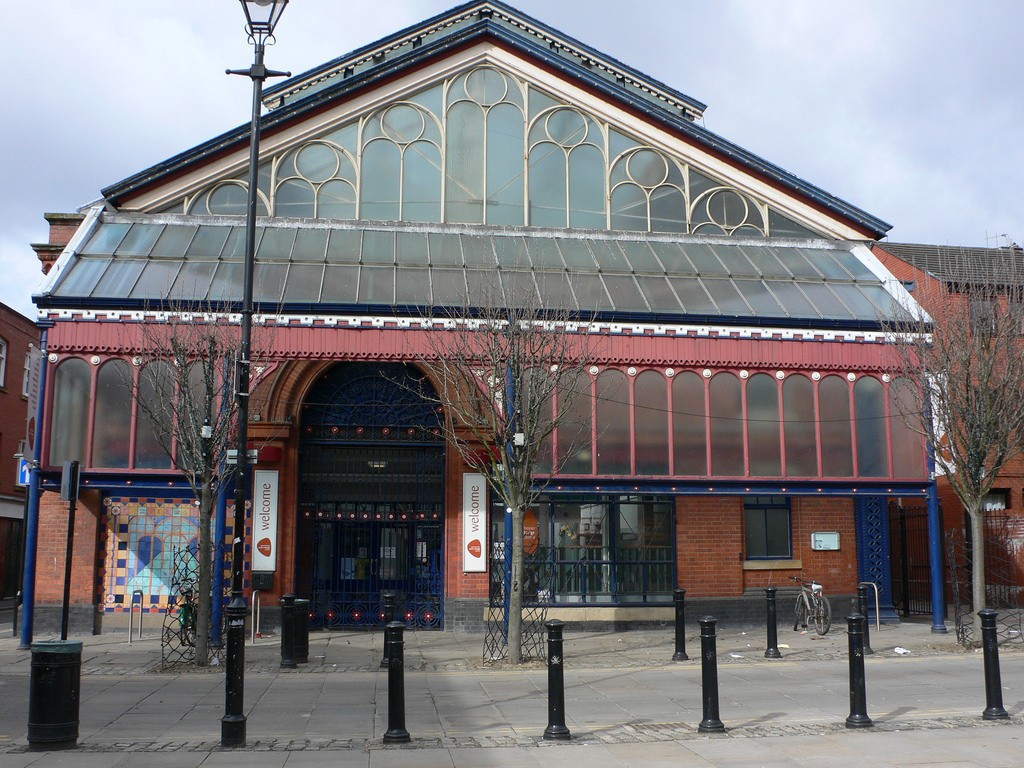 You can’t visit Manchester without spending at least a couple of hours exploring the Northern Quarter. Pop into some of the independent shops that line the neighbourhood’s street, sample the best coffee in the city from its many cafés, admire the eclectic street art or discover a seemingly never-ending array of bars, restaurants and eateries. 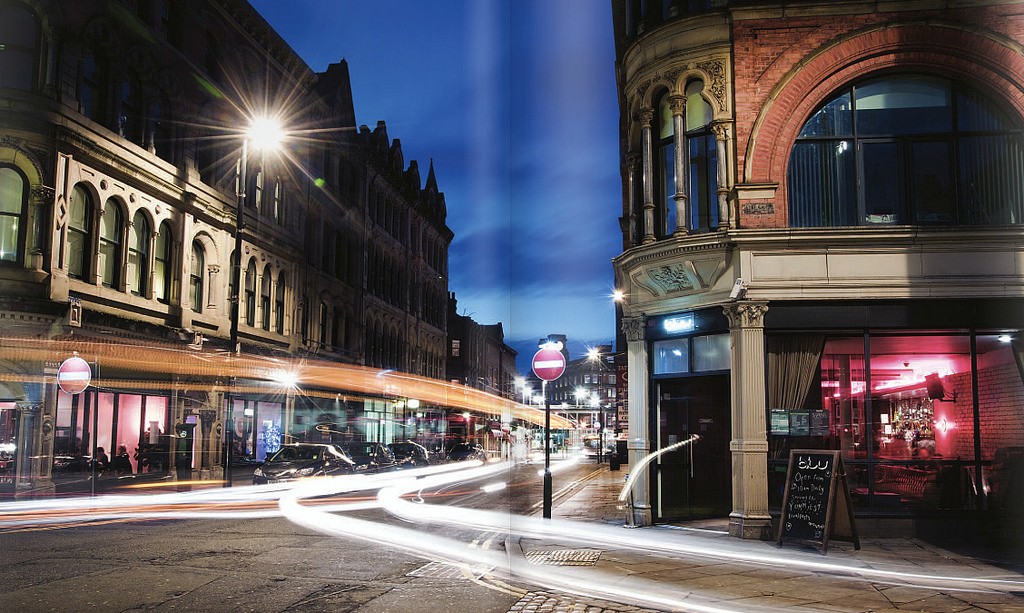 A local institution, Affleck’s is a mecca for Manchester’s alternative crowd, containing an impressive array of stalls selling everything from fetish gear to DIY jewellery. Pop inside to discover an eclectic array of clothing, jewellery, memorabilia and gifts before sneaking upstairs for a luxury ice-cream at Ginger’s Comfort Emporium. 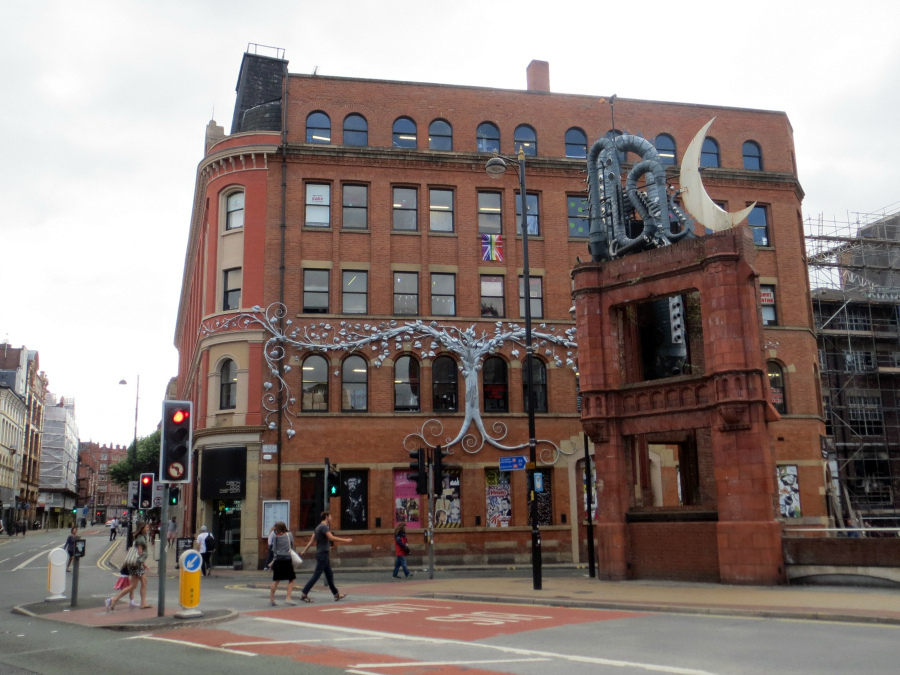 Attached to the University of Manchester, Manchester Museum houses an impressive collection focused around natural history. You’ll find everything from Egyptian mummies to dinosaur skeletons and unusual beetles inside. Ensure that you take time to explore the vivarium and visit the collection of rare frogs and reptiles. 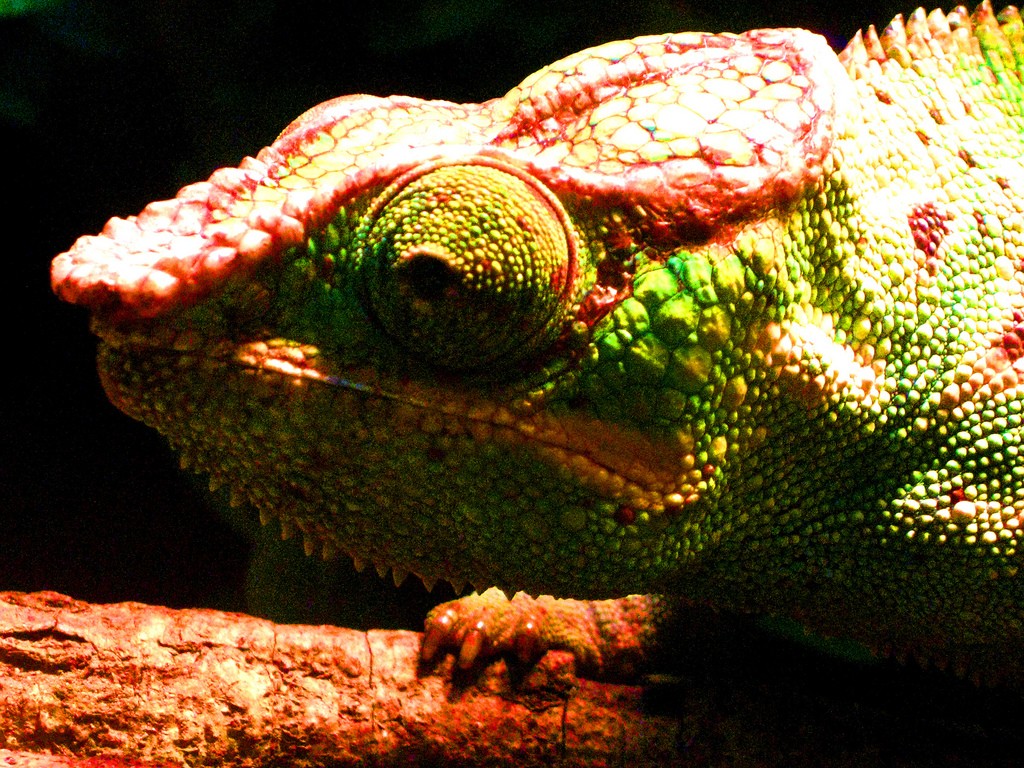 Manchester Museum | © Pfauenauge *back to school…on and off*/ Flickr

Cathedral, Church
Manchester Cathedral | © Dom Crossley / Flickr
One of Manchester’s oldest buildings, the cathedral is a must-see for anyone with an interest in architecture. Wander around at your own pace, book onto a tour to find out more about the history or keep your eyes peeled for news of one of the occasional gigs hosted inside the cathedral.
More Info
Open In Google Maps
Victoria Street, Manchester, England, M3 1SX, United Kingdom
+441618332220
View menu
Visit website
Visit Facebook page
Send an Email
Give us feedback

This Edwardian swimming bath is currently undergoing a slow renovation which aims to get at least one of the pools and the Turkish baths eventually reopened. In the meantime, it frequently opens for guided tours and special events such as gin and beer festivals, wedding fayres and theatrical performances. 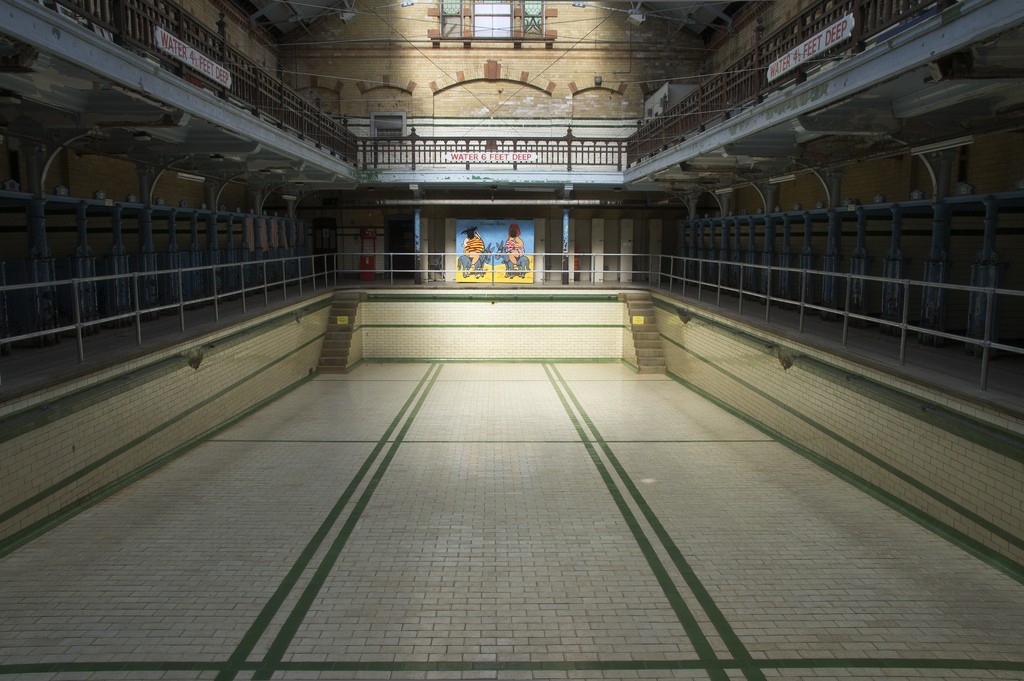 Market, European, British, Fast Food, Vegetarian
Altrincham Market | © the-windowco.co.uk / Flickr
It may be located right on the outskirts of the city, but this recently restored market is more than worth the tram fare. Having been named the best market in the UK by Observer Food Monthly, Altrincham Market certainly stands up to its accolades with its impressive selection of food and market stalls. You’ll have to fight for a seat, but once you sit down you won’t want to leave.
More Info
Open In Google Maps
Greenwood Street, Altrincham, England, WA14 1SA, United Kingdom
View menu
Visit website
Visit Facebook page
Send an Email
Give us feedback

This ancient building attached to the music school is rumoured to be haunted, a fact that you’ll easily believe when you step into its stalls. Literature, music and architecture lovers will delight in a visit to this prestigious library which is actually the oldest of its kind in the English speaking world. 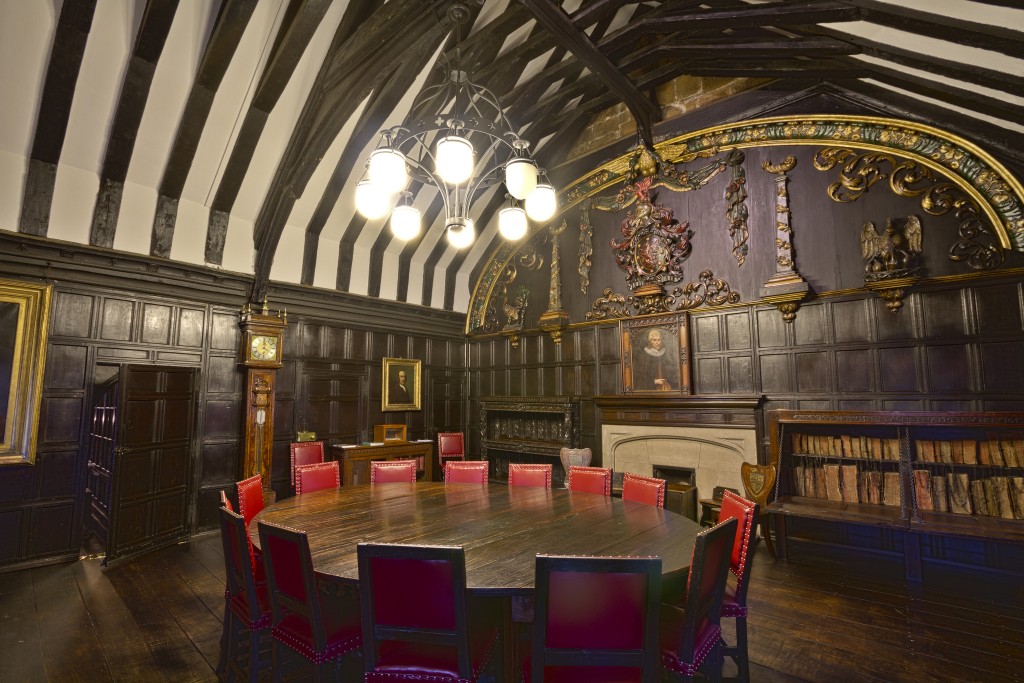 Soak in the best views of the city from the 23rd floor of the Hilton Hotel on Deansgate. The panoramic windows of the city’s most luxurious bar aren’t the only pull. The inventive cocktails here are exceptional and you may even catch a glimpse of a local celebrity or footballer.

🇬🇧 As British as it gets 🍵🍰 #HighTea meetings are faves 🤓😋#Cloud23 #Manchester 😍

Manchester may be currently lacking a Michelin-star eatery, but Manchester House certainly comes close with its impressive surroundings and delectable tasting menu. After dinner, take a gin and tonic out onto the glamorous balcony to admire the views of the city. 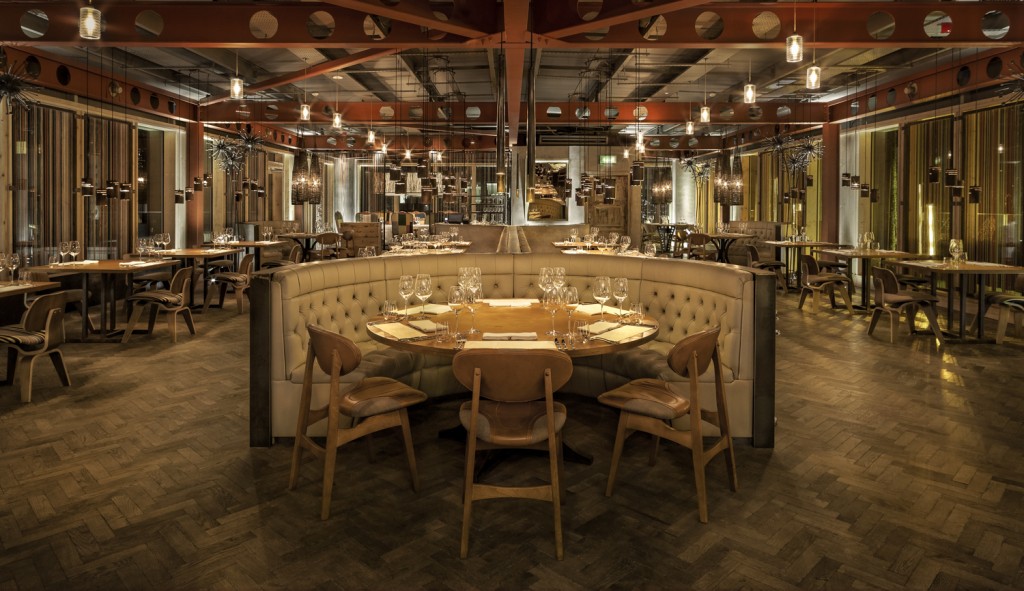