Reasons Why You Should Visit Cambridge, England 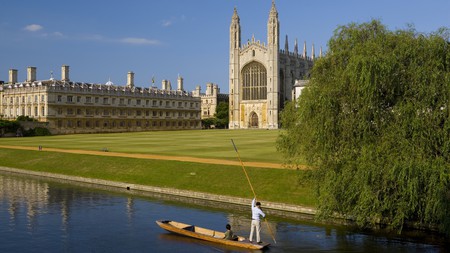 So you’ve heard whispers of a low-key little place called Cambridge in England. Something about rowing boats? The uni’s kind of a big deal? But if you’re in the dark as to what else this pretty city has to offer, Culture Trip has got your back. From sprawling parks to museums that will stimulate even the most jaded imagination, there’s plenty here to pack up even a whistle stop itinerary.

Read on for the best reasons why you should visit Cambridge in England.

Explore one of the world’s top universities

Of course, Cambridge is famed internationally for its world-class university. Attended by some of the country’s top writers, actors, comedians and politicians, the college is set in stunning grounds. Dating back to the 12th century and including examples of the earliest patterned brickwork in England, the various colleges of this iconic establishment are dotted around the city and should be high on your must-see list for beautiful Cambridge. The fact this is a university town also brings Cambridge a young, vital feel, and means there are plenty of superb spots to enjoy a thirst-quenching cocktail or two.

Go punting on its pretty river

This gorgeous body of water flows through Cambridge into the Great Ouse, and is usually dotted with pretty punts and small boats bobbing along. With Byron’s Pool named after the poet Lord Byron who is said to have swum there, and its waters the apparent subject of a speech from Chaucer’s Canterbury Tales, the Cam has clearly made an impression on England’s literary masters. Picnic on its riverbanks, cross King’s College Bridge, go angling or, of course, take a punt. 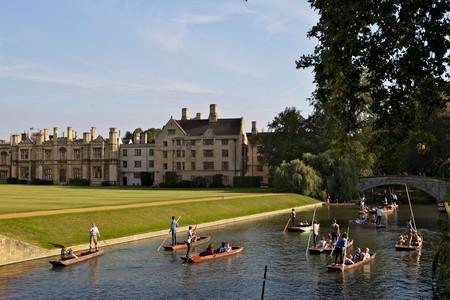 Taste the best Chelsea Bun of your life

Definitely the highest calorie thing to do in Cambridge is to drop into the gorgeous Fitzbillies on Trumpington Street and feast on one of their famous Chelsea Buns. These sticky-sweet snacks have been on sale here since 1921 and make for an ideal riverside energy-boost when your punting enthusiasm begins to wane. There’s now a second branch of Fitzbillies on Bridge street serving coffees, cakes and tasty bacon rolls.

Indulge in some retail therapy at Cambridge Market

Open seven days a week, this colourful market with its candy-striped awnings is a superb spot to splash your cash and pick up some entirely unique souvenirs of your visit to Cambridge. Browse second-hand books and vinyl, shop for fresh local produce or pick up handmade jewellery from the friendly market stallholders. On Sundays from 10am until 4pm, there’s an arts and crafts market selling the work of local printmakers, sculptors and potters. 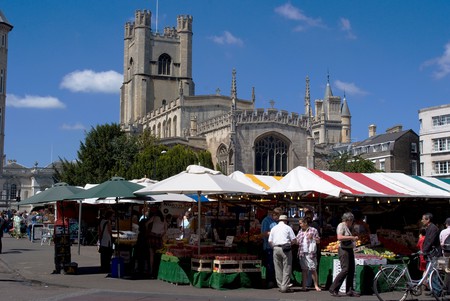 Yes, we know, we’ve mentioned the absolute stunners that are the college buildings making up Cambridge university. But there are also heaps of other great examples of fine British architecture in this lovely city. Clever feats of engineering like the Mathematical Bridge and ornate constructions like the Bridge of Sighs are just a couple of examples of the beautiful builds you’ll find here.

One of Cambridge’s most charming eccentricities is the fact its parks are frequented by gentle cows nibbling on the grass. In 2006, a herd of residential cows was introduced to Midsummer Common, and the bovine beauties there now even have their own Twitter account: @CambridgeCow. 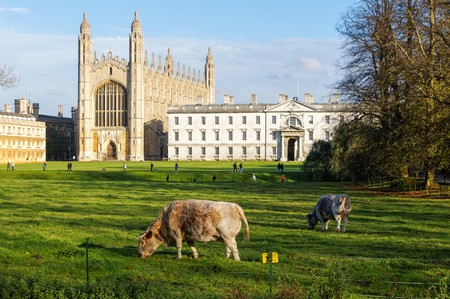 The William and Kate connection

Though the nation’s sweethearts have temporarily had their thunder stolen by a freckle-faced soldier and his chic American wife-to-be, Wills and Kate are still the stars when it comes to England’s royalty. Though the Duke and Duchess of Cambridge may not spend any more time in this classy neck of the woods than any other corner of Britain, there’s something reassuring about knowing you’re in a city represented by England’s most majestic couple.

Cambridge has a long list of wonderful museums to inspire the curious mind. From the Fitzwilliam with its fine collection of art, to the Sedgwick Museum of Earth Sciences which is home to around two million minerals, fossil and rocks, to the Duxford Imperial War Museum a short journey outside the city, there are more than enough rainy afternoon exhibits to spark your interest. 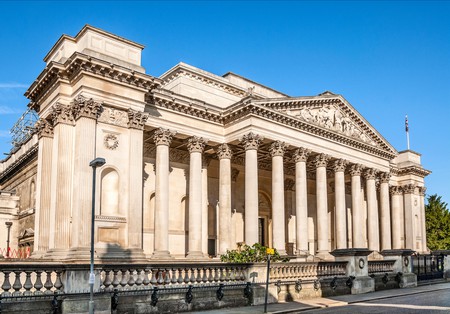 Allegedly roaming Cambridgeshire for 30-plus years, the ‘Fen Tiger’ has now passed into legend. Sightings of a big cat stalking the county have been reported over the years, with the first report in 1978 written off as a case of mistaken tom cat identity. Some five years later, rumours of a puma spotted on the grounds of Anglesey Abbey added fuel to the fire. Nine more times the mysterious beast has been noted, through the nineties and noughties to the present day, so be sure to keep an eye out for this four-legged feline. Disclaimer: The tiger pictured is (almost certainly) not the Fen Tiger.

Just a brief train ride from the bustle and smog (well…almost) of busy London, Cambridge has some delightful green spaces to relax in. Try the Cambridge University Botanic Garden, a dreamy 40-acre garden alive with an incredible variety of plant species from all over the world. There are also several glasshouses which are home to all kinds of flowers and shrubs, making this park a blooming lovely itinerary option for a sunny Cambridge afternoon. 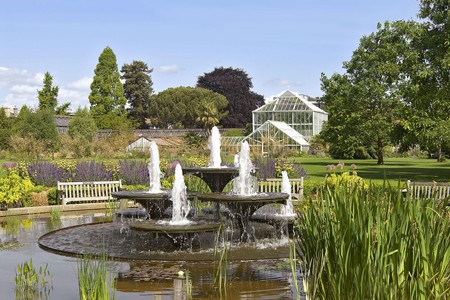 Whether it’s the multicultural delights of vibrant Mill Road (where you can choose from Moroccan tagines, flavourful sushi, Korean bibimbap or mouthwatering steak) or the fancier spots that offer truly haute cuisine, there’s something to satisfy even the fussiest foodie’s appetite. With its bustling street market offering home-grown fruit and veg, the buzzing Rainbow Cafe serving exceptional veggie and vegan treats, and The Cambridge Chop House serving super-succulent meats, hanger is a distant memory here.

It’s been home to scientific and literary legends

While Cambridge University is the alma mater of many well-known actors such as comedians Mitchell and Webb, Hollywood favourite Tilda Swinton and the immaculately English Stephen Fry and Emma Thompson, it isn’t just performers who have called Cambridge home. Charles Darwin’s father is said to have forcibly enrolled him at the city’s lauded institution, and the evolutionary expert’s notebooks are now on display at the Sedgwick Museum. It was at a Cambridge University party where Sylvia Plath first met Ted Hughes, and poet Alfred Lord Tennyson joined secret society The Cambridge Apostles soon after he started at Trinity College in 1827. To sum up: it’s where the cool kids hang (and have hung) out. 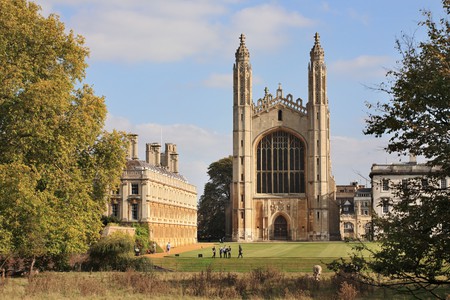 While there are lots of traditional pubs in Cambridge to whet your whistle, the trendy craft beer scene has reached this neck of the woods too. The Cambridge Blue has more than 100 bottled beers chilling in its fridges, and quirky decor to match the offbeat drinks. Pint Shop, whose tag line ‘Meat. Bread. Beer.’ pretty much says it all, offers innovative craft beers too.

Decide if it’s better than Oxford

Surely one of the top reasons to visit Cambridge is to find out what all the fuss is about. The age-old question ‘Oxford or Cambridge?’ is really not one we can ever answer without visiting the cities for ourselves. Though Oxford was the setting for some of the blockbuster Harry Potter movies and has some stunning architecture to boot, many say the charming traditional style of Cambridge has been impacted far less by modern builds than in Oxford. The fact remains you’ll never know until you’ve explored these prominent cities for yourself. 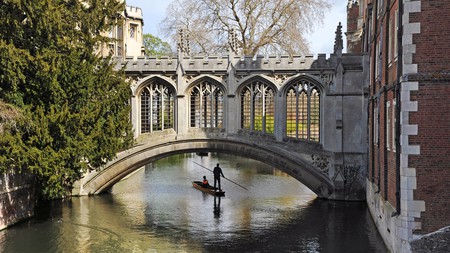