13 Reasons Why You Shouldn’t Be Afraid Of Virginia Woolf

Although English writer Virginia Woolf crafted an impressive body of both fiction and non-fiction during her lifetime, fleeting assessments of her life and works all too often give prominence to her battles with mental health and eventual suicide. Here, we take a deeper look at Woolf’s life revealing not only a prolific and acclaimed writer, but a committed pacifist, a second wave feminist before its time, and a writer that continues to inspire today. 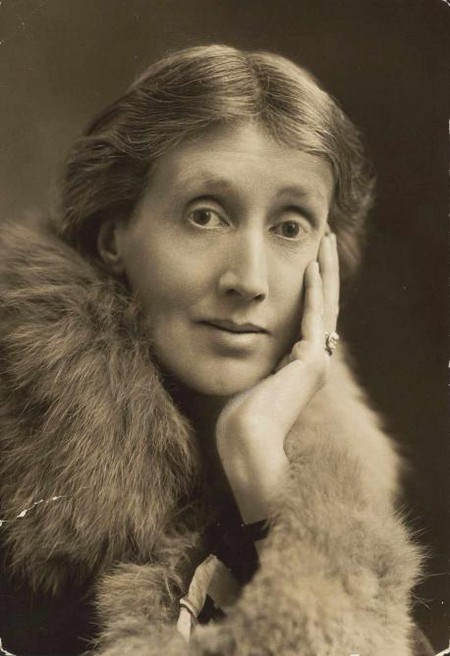 Woolf was a pioneer of 20th-century modernist literature

The rise of modernist literature in the early 20th century represented a distinct shift in literary forms – what the University of Virginia’s IATH research unit has described as ‘a distinctive break with Victorian bourgeois morality; rejecting 19th century optimism’ – and Virginia Woolf was at the forefront of the movement. Hailed by the International Virginia Woolf Society as ‘one of the most significant of the modernists’, Woolf noted the difference between modernist writers and their Victorian predecessors in a 1910 review stating, ‘able by nature to spin sentence after sentence melodiously, they seem to have left out nothing that they knew how to say. Our ambition, on the other hand, is to put in nothing that need not be there. What we want to be there is the brain and the view of life’.

Mrs Dalloway is a modern classic

Published in 1925, Mrs Dalloway is perhaps Woolf’s best known work and also one of her most highly acclaimed – fellow literary luminary E.M. Forster called it her masterpiece and the novel has featured on numerous best books lists, including The Guardian’s 100 Best Novels series. Set within the course of a day, the novel follows its titular character – London socialite Clarissa Dalloway – as she sets about hosting a party that evening and whose narrative runs alongside that of Septimus Smith, a World War I veteran suffering from shell shock. Covering themes of mental illness, feminism, lesbianism and the effects of war, Mrs Dalloway is a must-read for any dedicated bookworm. 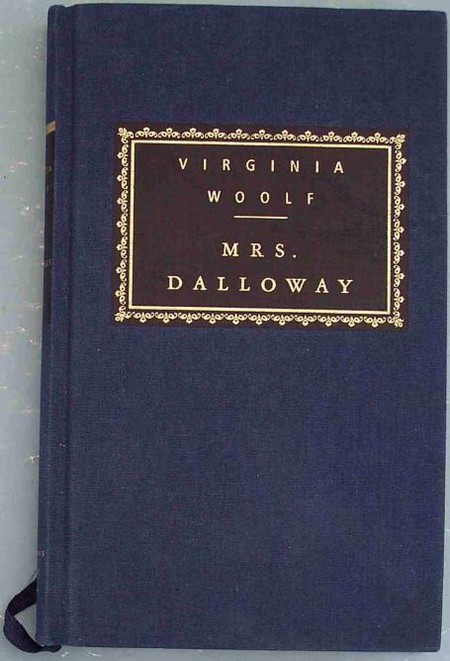 To the Lighthouse is another Woolf must-read

Another must-read for any avid reader, Woolf’s 1927 novel To the Lighthouse meets with the Ramsay family on two occasions as they and their guests holiday at their summer home on the Isle of Skye. Using a stream-of-consciousness to switch between the novel’s characters, Woolf paints a beautifully poignant piece exploring the passage of time and complexity of family dynamics in intricate, intimate detail. Regularly hailed a modern classic, To the Lighthouse is listed on the Modern Library’s 100 Best Novels and American writer Michael Cunningham – whose 1998 novel, The Hours draws on Woolf’s life and works – deems it as one of literature’s greatest classics. 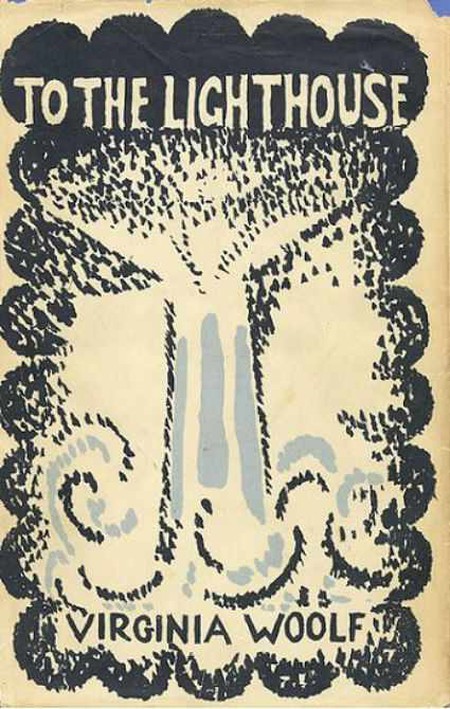 To the Lighthouse | © Paola Severi Michelangeli/WikiCommons

She was a dedicated opponent of war

A staunch pacifist, Woolf was an outspoken opponent of war and the rise of fascism and Nazism in mainland Europe; from the early 1930s she began collecting news clippings documenting the lead up to war, especially those which she saw as evidencing a link between European fascism and the repression of women. This would form the basis of Three Guineas, the essay Woolf wrote in 1938 as war loomed large on the horizon in which she forms links between patriarchy, fascism, war and anti-feminism. Clearly her stance ruffled some feathers: it was later discovered that Woolf, alongside her husband Leonard, was placed on Hitler’s Sonderfahndungsliste G.B – a blacklist of citizens to be arrested should Nazi Germany successfully invade Britain. 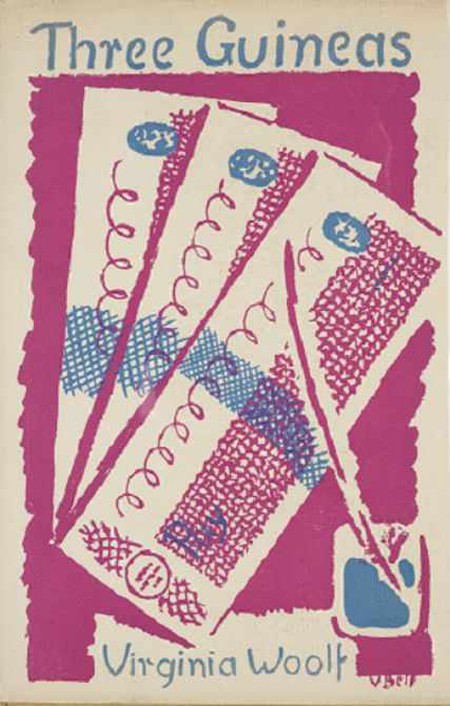 Cited by many as her most experimental work, The Waves (1931) eschews traditional linear narrative in favour of what Woolf termed a ‘play-poem’ – a stream-of-consciousness shared by six voices – in a move that was hailed by the New York Times as carrying ‘experimental technique in fiction almost to the jumping-off place’ when it was first published. Following the lives of six friends as they grow from childhood into adulthood, The Waves explores both its character’s individual and shared consciousness and remains a much lauded novel today, praised recently by British writer Amy Sackville for ‘the lyricism of it, the melancholy, the humanity’.

She suffered from mental illness when the condition was often misunderstood

The medical world today has a far better grasp on the causes of and cures for mental health-related problems; in Woolf’s lifetime diagnoses and treatments were far from ideal – this was, after all, the era in which now controversial methods like lobotomies and electroshock therapy were developed. Woolf’s doctor, prominent psychiatrist George Savage, diagnosed her as suffering from neurasthenia – a now refuted disorder that associated symptoms of depression and fatigue with nerve weakness caused by the stresses of modern industrialised life – and later went on to prescribe tooth extraction as a cure, believing Woolf’s illness was caused by infections in the roots of her teeth. Despite her battles with mental health and frequent maltreatment, Woolf still managed to create an acclaimed body of work – an impressive feat considering her circumstances. 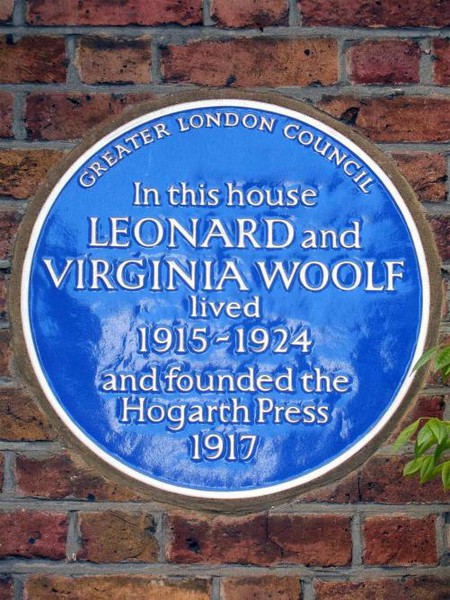 She had a lighter side

While her works are better known for their serious tone, Woolf did indeed have a sense of humour – evident in her play Freshwater: A Comedy, first written in 1923 and revised in 1935. Set at the bohemian haven of Dimbola Lodge on the Isle of Wight, the play is a farcical take on the life of Woolf’s aunt, the pioneering Victorian photographer Julia Margaret Cameron, and her arty set of acquaintances. When Freshwater was first performed in 1935 at her sister Vanessa Bell’s studio for the Bloomsbury Group, Woolf’s brother-in-law Clive Bell is said to have laughed so loudly that other members of the audience could barely hear the play’s dialogue. 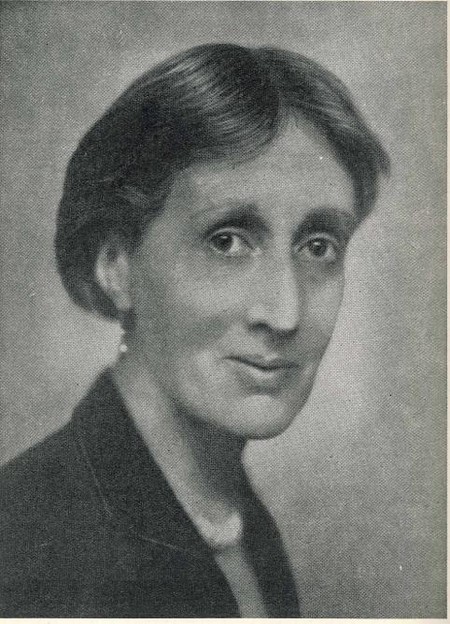 She was a second wave feminist before her time

Though Woolf wasn’t a self-proclaimed feminist – indeed, she had a thing or two to say about first wave feminism calling the emancipation of women ‘inexpressive and corrupt’ in her 1938 essay Three Guineas – later readings of her works reveal second wave feminist subject matter, a good 30 years before the movement began to grow. In Woolf’s 1929 essay A Room of One’s Own, now a celebrated feminist text, she argued the importance of education and financial independence for women, in particular women working in creative roles, stating ‘a woman must have money and a room of her own if she is to write fiction’. 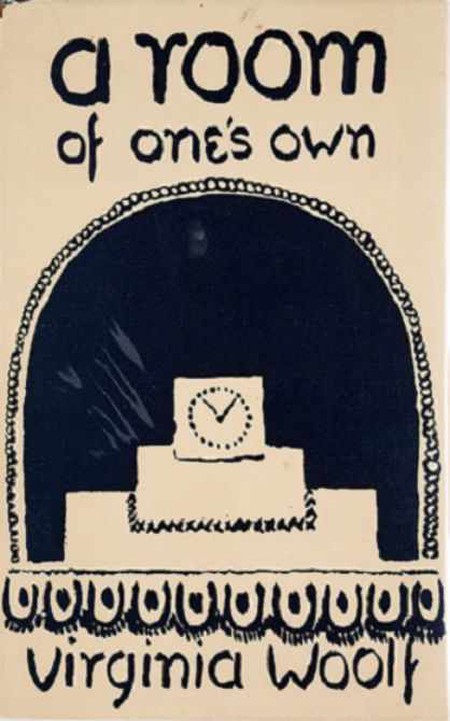 A Room of One’s Own | © Paola Severi Michelangeli/WikiCommons

Way before sex was invented in 1963, Woolf was demonstrating a sexually liberated attitude not usually associated with the often rigid mores of inter-war Britain. In the early 1920s, Woolf met fellow writer Vita Sackville-West and the two formed a romantic relationship and close friendship that would last for many years. In 1928 Woolf penned Orlando: A Biography – a novel whose titular character, a gender fluid nobleman, and plot is loosely based on Vita Sackville-West and her family history – which was referred to by Vita’s son, politician and writer Nigel Nicholson, as ‘the longest and most charming love letter in literature’ and is studied today for its themes of gender and transgender. 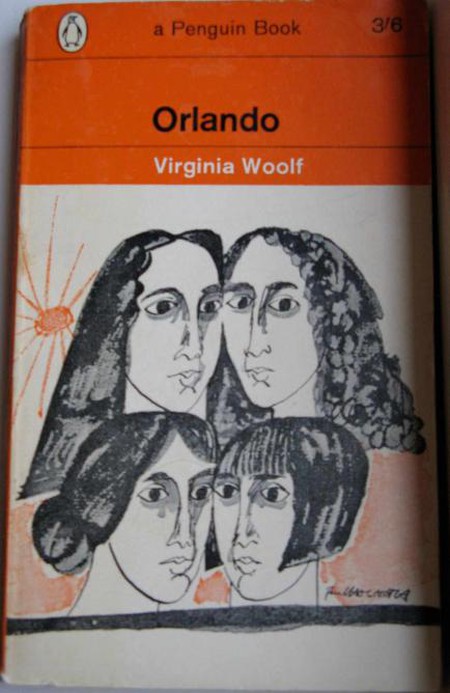 She helped other pioneering writers publish their works

Not only a prolific writer, Woolf, alongside husband Leonard, helped other writers get their own works published. In 1917, the pair established the Hogarth Press from their home in Richmond, London armed with just a small hand-press and a mission to print works by new, inspiring writers. Amongst the works published by the Hogarth Press during Woolf’s lifetime were the first UK edition of American poet T.S. Eliot’s The Waste Land and New Zealand-born writer Katherine Mansfield’s short story Prelude and English poet Robert Graves’ The Feather Bed.

She left a lasting, influential legacy

A quick glance at today’s artistic outputs and it is clear to see the lasting impression Woolf’s life and works have left on the modern world. Beyond Michael Cunningham’s aforementioned The Hours – later adapted into a film starring Nicole Kidman, Meryl Streep and Julianne Moore – Woolf has also inspired Vita and Virginia, a play by Eileen Atkins about the writer’s relationship with Vita Sackville-West about to be adapted for the silver screen by Dutch director Sacha Polak. Within the literary world, she has also recently inspired Maggie Gee’s Virginia Woolf in Manhattan and elsewhere in culture Woolf’s influence can be seen in Wayne McGregor’s ballet, Woolf Works, and in music including Patrick Wolf’s song To the Lighthouse.