12 Reasons Everyone Should Visit Bath at Least Once 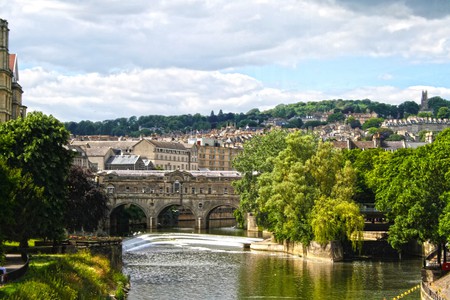 As one of the UK’s most beautiful cities, Bath is often seen as the jewel of the South West. Breathtaking scenery, elegant Georgian architecture and a buzzing food scene, Bath packs a punch when it comes to reasons to visit. Still not convinced? Here’s why you need to add this stunning city to your must-visit list, now…

Bath is the only place in the UK to have the whole city designated a UNESCO World Heritage Site – no mean feat! This gorgeous city was recognised in 1987 for its outstanding universal value and cultural significance, and if that isn’t enough to persuade you to check Bath out for yourself, we don’t know what will! 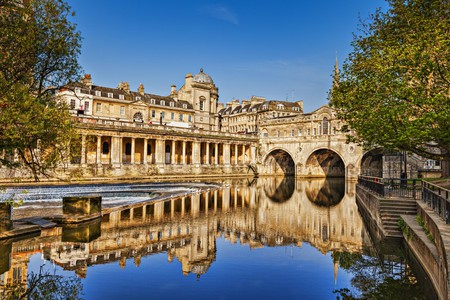 You can step back in history to Roman times…

Lying in the heart of the city you’ll find the Roman Baths – unbelievably well-preserved remains of one of the greatest religious spas of the ancient world and one of the most impressive historic sites in Northern Europe. Learn about the Baths’ history with a guided tour, then try the natural spa water at the end of your visit, for a real taste of Roman life. Literally! 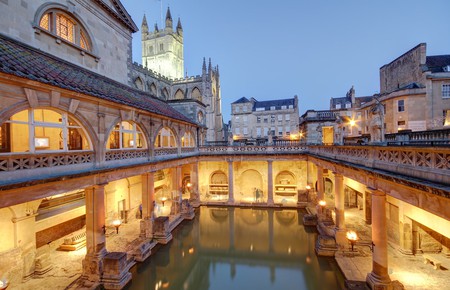 …Then experience it for yourself at the Thermae Day Spa

You may not be able to take a dip in the original Roman Baths, but you can still bathe in the country’s only natural thermal springs, just as the Romans did all those centuries ago. For an unforgettable experience, relax in the mineral-rich waters and take in truly stunning views across the city in the Thermae Day Spa’s rooftop pool. 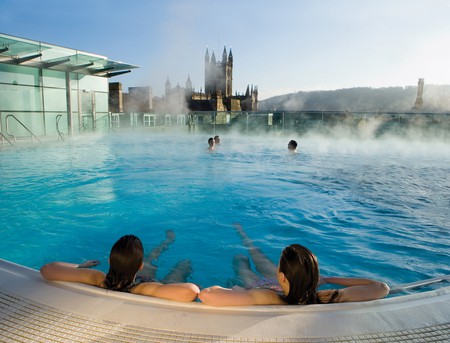 The Georgian architecture will blow you away

The city is famous around the world for its distinctive golden, Bath stone buildings. The Royal Crescent – an elegant row of 30 terraced houses laid out in a grand sweeping crescent – is one of the most iconic architectural landmarks in the country and perfectly captures the beauty of the Georgian style. Just take a walk around the city and you’ll be dazzled by its architecture at every turn. 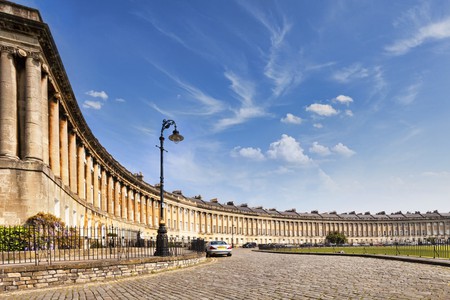 Situated on the edge of The Cotswolds, Bath is the perfect base to explore some of the prettiest countryside England has to offer. From the chocolate box villages of Gloucestershire to the dramatic rural landscape of Somerset, you’re well and truly spoilt for choice. 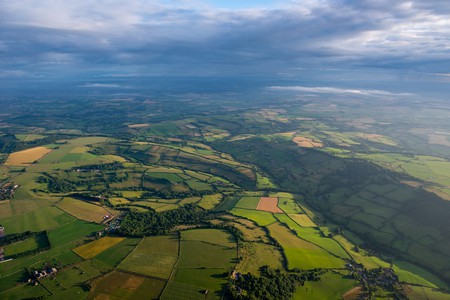 Literary lovers, listen up! One of England’s most cherished writers, Jane Austen, made Bath her home from 1801 to 1806, and was so taken by the city she set both Northanger Abbey and Persuasion in Bath. No one quite captured the city in its Georgian heyday quite like Austen, so head to The Jane Austen Centre to find out more. 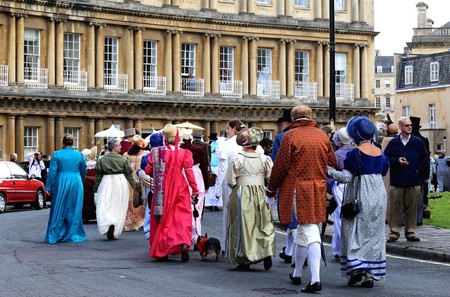 It’s small enough to explore in a day

Short of time? Don’t worry! Bath is a perfectly compact city where you can get around most of the main attractions on foot in just one day. Of course, with so many other layers to explore, it’s well worth extending your trip for a few days to really make the most of this wonderful city. But with a bit of forward planning, ‘Bath in a day’ can be done! 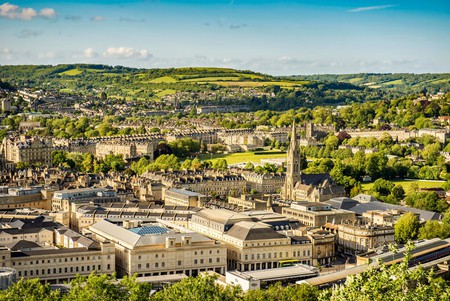 You’ll already recognise it from the movies

It’s no surprise that a city as beautiful as Bath has acted as the backdrop for more than its fair share of TV shows and films. Historic blockbusters including The Duchess and Vanity Fair shot on location here, and the city’s famous Pulteney Bridge even featured in the Oscar-winning Les Misérables. You can explore some of the locations yourself, on the walking Film Trail. 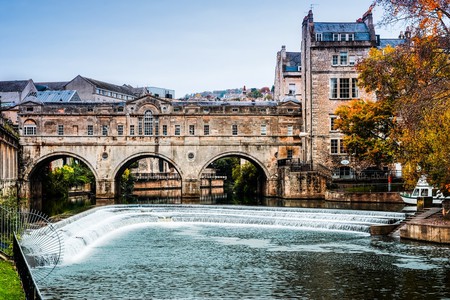 The food and drink are so good

With a thriving restaurant scene, Bath has plenty to keep even the most distinguished foodies happy. Making the most of amazing local produce from the surrounding countryside means you’re in for a treat when eating in this cosmopolitan city. Bath also takes its Somerset heritage very seriously and is the place to go to try out some of the best artisan cider and home brewed ales in the West Country. Cheers to that! 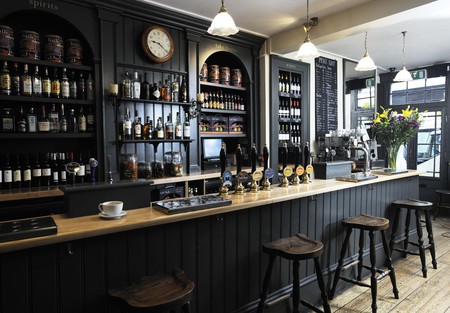 Home to a fascinating mix of museums, including the Fashion Museum, American Museum and Museum of Bath Architecture to name a few, this is the place to go to get your culture fix. There’s also a buzzing art scene with national and independent galleries scattered all across the city, as well as quirky installations like the much-loved Southgate Umbrellas – one of Bath’s most Instagrammed sights during the summer. 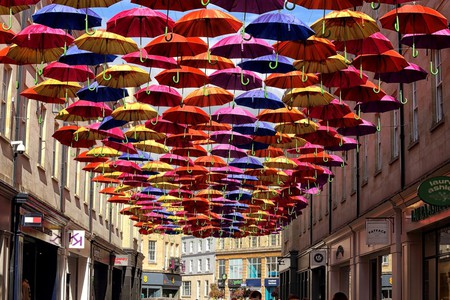 You can shop ‘til you drop

Whatever your shopping style, there will be something to get you reaching for your wallet in Bath. Chic designer fashion boutiques sit alongside quirky vintage shops – all within easy walking distance of one another. For a magical festive experience, make sure you check out the Bath Christmas Market, which pops up in November through to December each year. 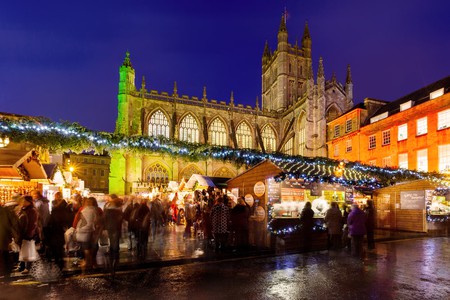 Bath knows how to party

Don’t be fooled by its sophisticated demeanour, Bath is a city that really knows how to have a good time! The annual Bath Carnival is a one-day party packed with live music, a colourful street procession and a buzzing atmosphere, where the city comes alive. But any night of the week you can check out Bath’s eclectic nightlife, with a frankly gobsmacking choice of cocktail bars, traditional pubs, nightclubs and live music. 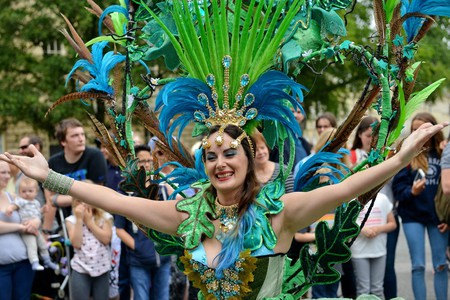 Dancer at Bath Carnival | © 1000 Words/Shutterstock
Give us feedback