11 Ways You Can Get Arrested in England 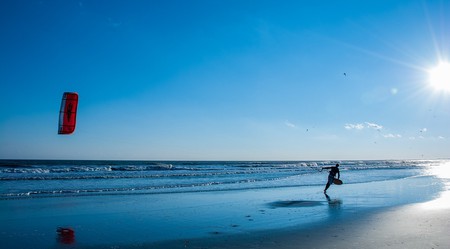 We all know that doing silly things like getting into a brawl or stealing can get you arrested pretty much anywhere, let alone England. But what about some of those strange laws the country passed centuries ago that still stand today? Read on to discover how childhood classics like knock-a-door-run are actually arrestable offences.

Cleaning Your Door Mat After 8am

According to the Metropolitan Police Act 1854, it is actually an offence to beat your carpet in the street. The only exception to this rule is that you are actually allowed to beat – or clean – your door mat before 8am. Strange, huh? 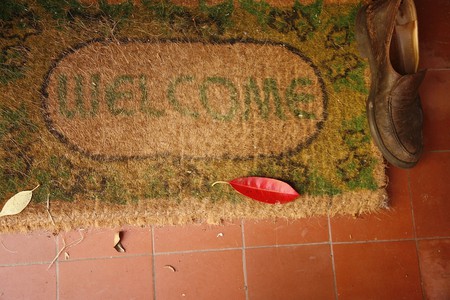 Now that we’re all adults, when we get knock-door-runned, it’s actually quite annoying. It didn’t stop any of us when we were children, though! Little did we actually know, the popular game of knock-down-ginger, where you knock the door or ring the bell and run away, is illegal and can get you arrested.

Dressing Up As a Soldier or Sailor

We’ve all dabbled in a bit of fancy dress at some point in our lives, but have any of you dressed up as a soldier or a sailor? The Seamen’s and Soldiers’ False Characters Act 1906 says that anyone who ‘personates the holder of a certificate of service or discharge’ and could result in one of the strictest punishments in weird English laws: a one-month imprisonment!

Be Drunk in the Pub. Yep, Really.

I think it’s safe to say we’ve all broken the law here. It’s against the law to be drunk and disorderly, but it’s also an arrestable offence to simply just be drunk in a public house. Section 12 of the Licensing Act 1872 states anyone deemed to be drunk in a ‘highway or other public place, whether a building or not, or on any licensed premises’ is worthy of a £200 fine. Hic! 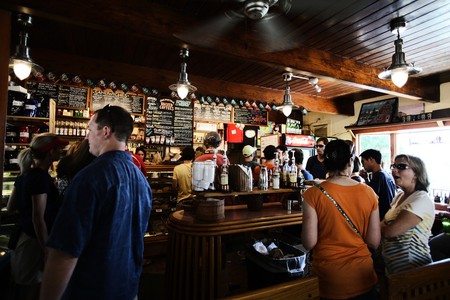 Asking to Borrow £1 for the Phone Box

When your phone’s died and you need to use the phone box, or you need a quid for the parking machine but you have no change, have you ever asked somebody to borrow you a pound? You’ve actually broken the law, as it’s deemed that you were begging under the Vagrancy Act 1824: ‘every person placing himself or herself in any public place, street, highway, court, or passage, to beg or gather alms…shall be deemed an idle and disorderly person within the true intent and meaning of this Act’.

Flying a Kite in a Public Place

According to the Metropolitan Police Act 1839, anyone ‘who shall fly any kite or play at any game to the annoyance of the inhabitants or passengers, or who shall make or use any slide upon ice or snow in any street or other thoroughfare, to the common danger of the passengers’. Apparently this is worthy of a £500 fine! Who knew?

Beeping Your Car Horn to Tell Someone Off

Most of us do it in sweet rage, but beeping your horn in any way other than to warn drivers of danger is also against the law. It is also illegal to use the horn on a moving vehicle between the hours of 11.30pm and 7am on any restricted road that has street lights and a 30mph speed limit.

Another odd law, the Polish Potatoes Act 2004 prohibits anyone to import potatoes from Poland, ‘which he knows to be or has reasonable cause to suspect to be Polish potatoes’. This law was introduced in response to outbreaks of ring rot in Poland, with the law reinforced in 2012 to ensure that all Polish potatoes are accompanied by ring rot test certificates. 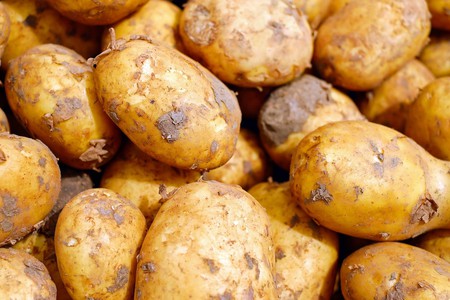 We’re not really sure what it means, either. Under the Salmon Act 1986, you’re not allowed to handle a salmon in any situation that would be deemed as ‘suspicious’.

Carrying Your Shopping Home from B&Q

Okay, so it’s not quite as harsh as that, but if you go to B&Q (other home and hardware stores are available) and purchase a plank of wood, a ladder, pole, tub, hoop or wheel, it’s against the law to carry it home on London streets. The only exception to this is if you’re loading or unloading a vehicle, or crossing the highway. The maximum fine for this is £500!

Jumping the Queue in Any Transport for London Tube Station

And finally, probably the most British law of the lot: jumping a queue. Us Brits bloody love queuing, but if you’re a little impatient or rude and jump the queue in a London tube station, you are actually breaking the law. There just needs to be a sign that informs you to queue, or a TfL member of staff asking people to queue in an orderly fashion for the law to stand. 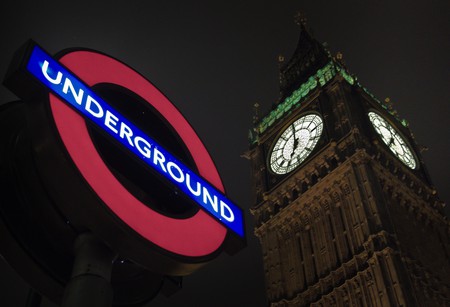