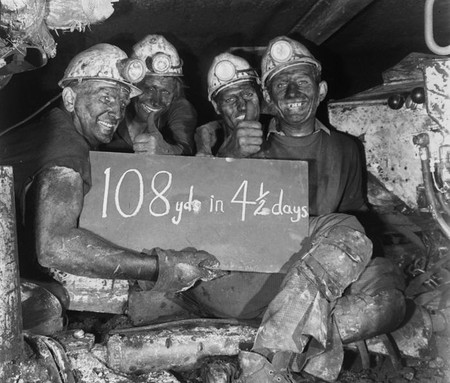 In the late 50s the British Film Industry introduced The British New Wave and the class divide between the North and the South. Introducing the ‘angry young man’ rebelling against The Establishment, these films were defined as ‘kitchen sink dramas’, paving the way for more stories discussing taboo subjects including adultery, pre-marital sex, abortion and crime. We take a look back at 11 British working-class films across 60 years. 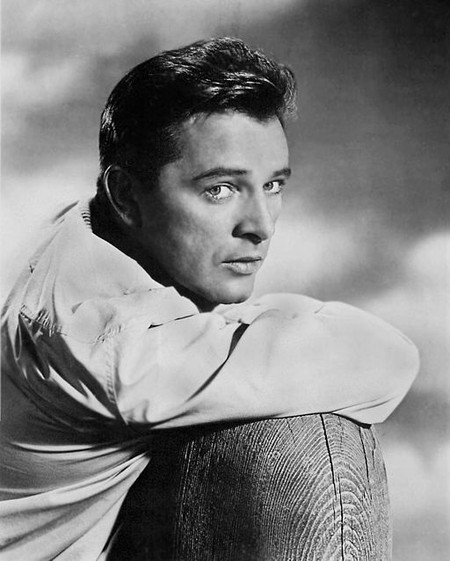 Slick Yorkshire opportunist Joe Lampton (Laurence Harvey) seduces Susan Brown (Heather Sears), the daughter of industrial magnate Mr Brown (Donald Wolfit). After an initial separation from Susan, Joe gravitates towards a fateful affair with unhappily married Alice Aisgill (Oscar winner Simone Signoret), whom he falls in love with. When the unmarried Susan becomes pregnant, Alice is left devastated, seeking solace in drink, which leads to her death in a car crash. Joe is beaten by a gang after making a pass at a woman but found in time by Charlie Soames (Donald Houston) who gets him ready to marry Susan. 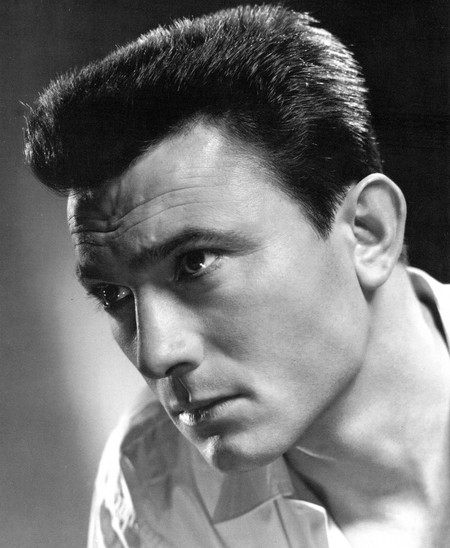 Alan Sillitoe’s slice of life up North tells the tale of rebellious Nottingham factory worker Arthur Seaton (Albert Finney) who is stuck in a 9 to 5 blue collar job as a machinist. His evenings are taken up with carousing in the local pub, spending his entire pay packet. Seaton has a busy, tempestuous love life, contending with the affections of married lover Brenda (Rachel Roberts) and the wife of staid colleague (Bryan Pringle). Arthur is also romancing naïve but snobbish Doreen Gratton (Shirley Anne Field) who has aspirations of a new house and marriage. When Brenda becomes pregnant, Arthur takes matters into his hands by arranging an abortion with Aunt Ada (Hylda Baker) which leads to a botched attempt, and violent repercussions from Brenda’s family. Seaton is withering in his assessment of his parents, who he considers ‘dead from the neck up.’ 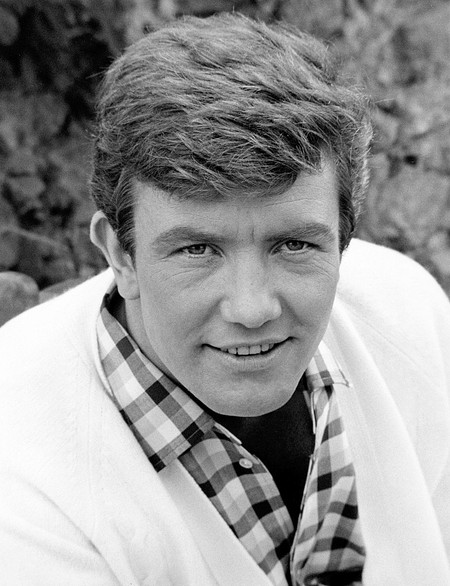 The Loneliness of The Long Distance Runner (1962)

Colin Smith (Tom Courtenay) is sent to Ruxton Towers borstal after he is caught stealing from a local bakery. He soon discovers his talent for cross country running, encouraged by The Governor (Michael Redgrave). His running is symptomatic of his inability to confront the damage caused by his dysfunctional family life in Nottingham. Colin blames his flighty mother (Avis Bunnage) for neglecting his terminally ill father and for conducting an ill-concealed affair with a ‘fancy man’. Colin despises her greed at using her late husband’s insurance money on consumer items. His running comes to an abrupt end, haunted by memories of all the interactions he has had with friends, family and the authorities which makes him realise that he no longer wishes to conform to people’s expectations. Colin is depressed due to his thwarted love for Audrey (Topsy Jane), who believed that Colin might settle down to domesticity. The Governor makes an example of him for deliberately failing to win the race against a rival school, Ranley, by working in the machine shop, but Colin is happy that he has finally made a life of his own on his own terms without anyone to fall back on. 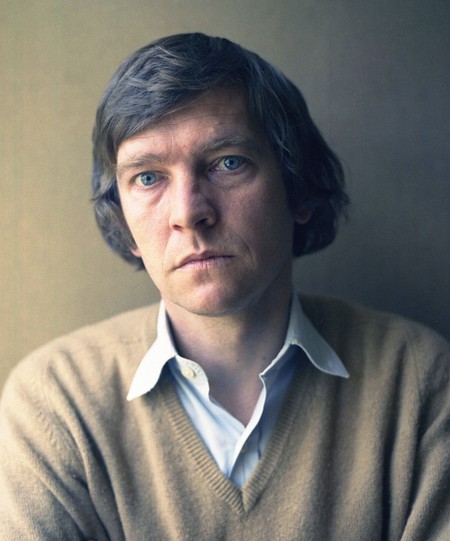 Draughtsman Vic Brown (Alan Bates) and Secretary Ingrid Rothwell (June Ritchie) are two lovers in Lancashire, 1960. When Ingrid falls pregnant, Vic decides to move in with her and matriarch Mrs Rothwell (Thora Hird). Both women are dismissive of Vic’s working class family, their background as manual workers and their love for brass bands. Ingrid miscarries and the pair decide to reconcile and work towards ‘a kind of loving’. Vic has to decide between desire and ‘doing the right thing’. The screenplay was written by Keith Waterhouse (whose credits include Billy Liar).

Based loosely on the experiences of screenwriter David Storey and set in Wakefield, embittered Yorkshire miner Frank Machin (Richard Harris) has a chance encounter with a rugby team captain at a nightclub, breaking up a fight which leads to the offer of playing as loose forward (number 13) for the local rugby team, where he can unleash his aggressive streak. Off the field, Machin is embroiled in a tempestuous and fateful relationship with grieving widow Margaret (Rachel Roberts), a mother of two, who feels let down by the authorities, who refuse to acknowledge their negligence in the fatal accident of her late husband. Their mutual frustration and isolation leads to a barrage of insults and violent confrontations between Margaret and Machin, who she considers to be ‘just a great ape’. After separating, Margaret tragically succumbs to a brain haemorrhage, while Frank struggles to find a purpose through his rugby playing. 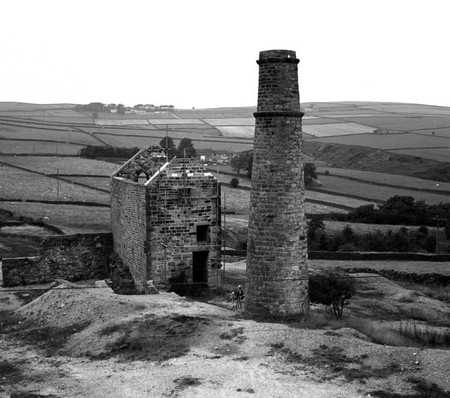 Ken Loach directs this tragic but heart-warming story of lonely teenage delinquent Billy Casper (Bafta winning David Bradley) who is neglected by his family and the authorities, but manages to find solace in the rearing of his kestrel bird ‘Kes’. Bullied and humiliated by his half-brother Jud (Freddie Fletcher) and dismissed by mother (Lynne Perrie), Billy’s kleptomania escalates out of control, exasperating the local police. Billy’s behaviour stabilises at school thanks to his involvement and interaction with Kes, which is reflected in his essay writing. However, old habits die hard. Matters come to a head when Billy spends betting money given by Jud, resulting in Jud killing ‘Kes’, who is everything he holds dear.

Frustrated Liverpudlian housewife and hairdresser Rita (Julie Walters) decides to break away from the daily drudge of suburban domesticity, enrolling on an Open University course in Literature. Taught by disillusioned alcoholic lecturer Frank (Michael Caine), the dynamics of the teacher-pupil relationship change throughout the duration of her course, with Rita’s new-found confidence eclipsing Frank’s painful existence whilst contending with flat mate Trish (Maureen Lipman) and her suicide attempt. Lewis Gilbert directs a bittersweet tale of self-discovery. 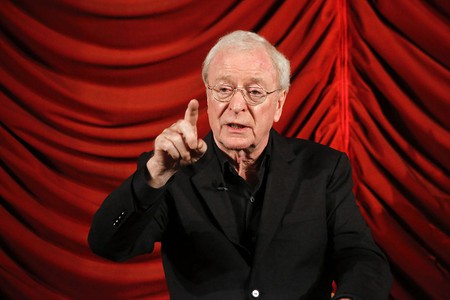 Billy Elliot (Jamie Bell) accidentally stumbles upon a ballet class under the direction of dance instructor Sandra (Julie Walters), whilst his miner father, Jackie (Gary Lewis), and brother, Tony (Jamie Draven), are too busy fighting the government as trade union activists during the mining strikes. Facing initial opposition from his father, who worries that Billy might be gay, Mrs Wilkinson encourages him to see Billy dance. Realising his talent, Mr Elliot decides to pawn his late wife’s jewellery to help pay for Billy’s training at The Royal Ballet School. The family are united in the audience in the film’s finale when Billy takes to the stage to dance in Matthew Bourne’s Swan Lake. The film was made into popular West End production Billy Elliot: The Musical by Sir Elton John in 2005. 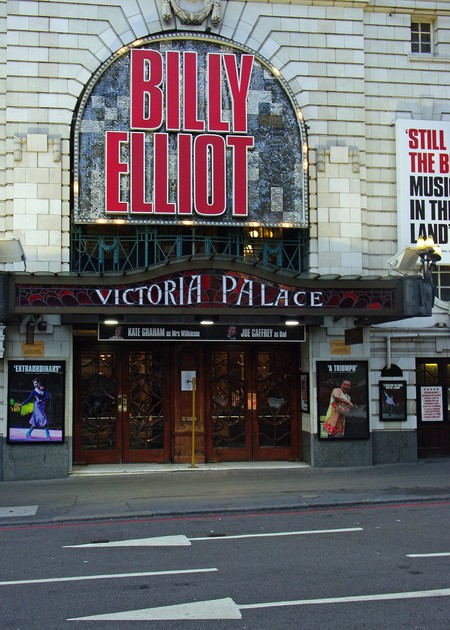 A Musical based on the Film Opened in 2005 | © MikeStnly/WikiCommons

Housekeeper Vera Drake (Imelda Staunton) takes a side job as an illegal backstreet abortionist. Coming from a solid and loving working-class family, her husband (Phil Davis) works as a car mechanic, son Sid (Daniel Mays) is a tailor and daughter Ethel (Alex Kelly) works in a light bulb factory. Her fate is sealed when she is arrested after a client becomes seriously ill from complications. Vera is later imprisoned for two-and-a-half years for her illegal activities. Vera considers that she is doing a service for women in her community by not charging for the service. Despite her belief that she is selflessly helping those less fortunate in her duties as abortionist, nobody comes forward to provide a reference to her good character. With a cruel twist of irony, her business partner Lily (Ruth Sheen) capitalises on illegal practices while charging for her services.

Set in 1968, at Ford Motors in Dagenham, Rita O’Grady (Sally Hawkins) discovers to her horror that the 187 women employed at the plant are underpaid and underrepresented in comparison to the 50,000 male employees. Looking to address the injustice, Rita and her fellow female colleagues stage a strike in protest. Employment Secretary Barbara Castle MP (Miranda Richardson) champions the women in their quest for better pay and better rights, which leads to the introduction of The Equal Pay Act (1970). 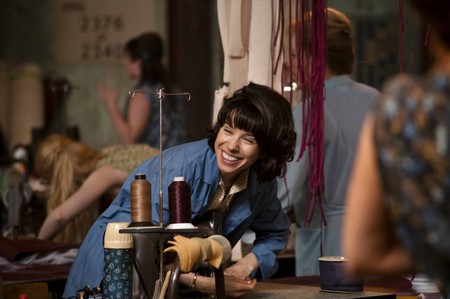 Still from Made in Dagenham | © Shetland Arts/Flickr
Give us feedback