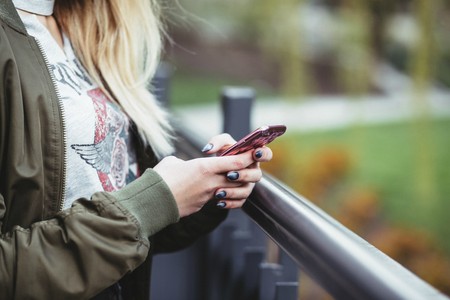 Instagrammers in the north of England | © freestocks.org

We don’t know about you, but the north of England is looking more and more attractive each day. Scrolling through Instagram, there’s a constant bombardment of dramatic landscapes, cool cafés and eye-catching urban streets, all offering temptation for a visit up north. From Manchester to Newcastle, by way of the Lake District and the Yorkshire Dales, here are 10 Instagrammers that are making us want to book a train ticket.

Carolyn mixes in her ethereal travel photographs with snapshots of life in the north-east with an emphasis on sharing the beautiful coastal views close to her home. Stunning photographs of wind-swept beaches, cliff top views and beautiful buildings are fused with creative selfies and photographs of her beautiful home.

Today we walked 12 miles along our really beautiful coast, then rewarded ourselves with a couple of pints of cornish ale in a lovely cosy pub. Back home now, just in time to watch the storm kick off outside. Who fancies finishing this sentence: what a time to … 🤓

Instagram Queen Sara Tasker shares her picture-perfect life in the West Yorkshire countryside, offering up a romantic view of life in the north of England. Her subtly creative feed shares constant inspiration for relocating to the countryside with shots of gloomy moors, rustic villages and the enviable views from her window.

Happy Halloween! I carved my pumpkin into the scariest thing I could think of 😜🎃😱 . Orla's gone out trick or treating with Rory and some VERY high expectations, and I'm staying cozy at home gearing up for tonight's #instachat over on Twitter. What are you up to? x

Fashion blogger Alice is based in Manchester and takes most of her photographs on the city’s streets, particularly in the Northern Quarter. As well as using the city as a backdrop to her style shoots, Alice also drops in glimpses of her favourite cocktail bars and the hippest hangouts in the city, reminding her followers why Manchester has a reputation for being one of the coolest cities in the country.

Based in the Lake District, Rebecca spends most of her time exploring the epic landscapes that surround her, filling her Instagram Stories with her daily adventures in the mountains. Her feed fuses these dramatic landscapes with the cosy cafés, rural streets and surprisingly stylish hangouts that litter the area around Lancaster and the Lake District.

A community of adventurers and creators that roam the Peak District taking atmospheric photographs of its most iconic landmarks and hidden gems, Peaks Collective have built up an impressive Instagram following. Their feed perfectly captures the change of the seasons in the dramatic National Park with plenty of drone shots showing the region from above, offering a different perspective to the landscape.

PRINT SHOP!! We’ve updated our print shop just in time for Christmas. Treat yourself, a friend or a relative to a lovely Peak District print this year from just £15. There are some real beauties. Link in bio 🎉🙏🏼 @joshkempsmith | #peakscollective

Tori’s feed mainly concentrates of Manchester (also touching on nearby cities like Chester and Liverpool), photographing everyday scenes and iconic buildings in the city. As well as cityscapes and architecture, she takes you inside some of the city’s best shops, hotels and libraries, helping prospective visitors to build up a wish list of places they want to visit ahead of their trips.

E X P L O R E Day 6 of #freeupmyinsta Oh that golden glow!! Doesn’t it make you go all ‘warms my insides’ gooey? Ah, there’s nowt better, so says I, than the #WHPperfectpair’ing of bask-in-it autumn light with a nod-to-the-past relic (anyone else reminded of urinals when they see tiles like these? Just me?) you can grab yerself a pint in (or, in my case, a lemonade…guys, have I ever told you I’m really partial to a cheap and cheerful pub lemonade? I am!), and even better when said place is city-centre situated, as is the case of this – Peveril of the Peak. Named after (most probably – there are a couple o’ stories out there about said naming) the horse-drawn stagecoach that once travelled from Manchester to London in the 1800s in just 2 days (magnificently depicted in oils in 1835 by James Pollard, as it sat outside the Peacock Inn in Islington…funnily enough the area of London I visited recently!), it’s situated quite surprisingly next to a busy road (near Rain Bar, itself situated in what was once an umbrella factory…see what they did?!), benches placed outside (the side which isn’t on the road), that I clambered upon to get a through-the-leaves shot…because I’m 5’4”, and that wasn’t going to work any other way! • P.S – this wasn’t taken today. Because, hi, this is Manchester on the 22nd October, so it has obviously been grey and damp alllll day. Until now, 5pm, when it's sunny and I cba to go outside. • Thinking we might pop ourselves a horror film on this evening because I’m ridiculous and have learnt nothing from my always-afraid, never-wanted-to-watch-a-scary-movie, 13 year old self. Recommendations? • #visitengland #cosypubs •

Snug as a bug on this fine Monday 🤗❤️❄️

Ramble Guides boast a feed filled with inspiration for visiting the countryside in the north of England. Their photographs focus on documenting the UK’s wild spaces to inspire the modern explorer, mainly focusing on the Peak District, Lake District and Yorkshire Dales. Expect an amalgamation of beautiful views, hiking suggestions and local adventures.

Views from Bamford Edge down to lovely Ladybower 🎒 #RambleGuides #PeakDistrict

Brandon is a photographer based in the Peak District, taking stunning dramatic photographs of the landscapes that surround him. Capturing the Peaks throughout the seasons in a riot of colour, his photographs bring out the very best of the National Park. Dedicated to his craft, he often hikes to his destinations early in the morning to capture the vistas in the best light as the sun rises.

Susan lives in Manchester, documenting everything about life in the city, from the independent shops that she frequents to the beautiful building where she has her yoga class. City streets, pretty parks and stylish interiors juxtapose in her feed to create a well-rounded vision of everyday Manchester life.

I’m heading back to @formlifestylestore today for a workshop with @artsynibs I’ll be sharing in my Stories so do follow along. Looking forward to playing with inks and getting creative!

After waking up to a disappointing lack of snow, we caught the train to Todmorden in search of a winter wonderland. We definitely found just that, wandering on the hills looking down over the valley, taking photos of the flurries and nipping into this cosy traditional pub for a Sunday roast. I can't wait until this is my everyday. #WHPclassic