Free Things to Do in Birmingham, UK 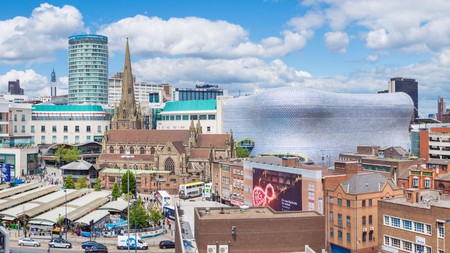 Visiting the UK’s second city on a budget? Here are the top free activities to do on your next trip to Birmingham – including visiting BBC Birmingham and street art-spotting in Digbeth.

Birmingham has shaken off its gloomy industrial past and is now looking forward to the future. A visit to Brum doesn’t have to cost the earth – and with the world-class St Philip’s Cathedral, the Tolkien-themed Moseley Bog, acres of green space and oodles of street art, why should it? Here are the best free things to do in Birmingham. 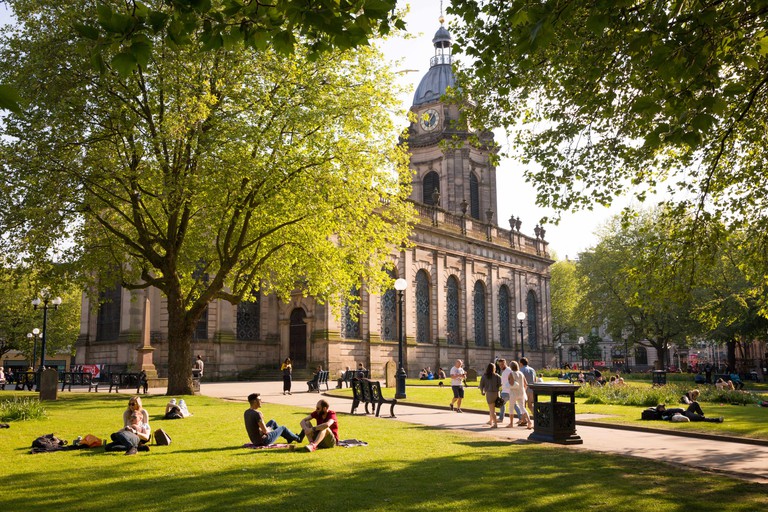 © Peter Lopeman / Alamy Stock Photo
At the beating heart of St Philip’s Cathedral Grounds – or Pigeon Park, as known by the locals – stands one of the city’s three cathedrals; this one is its star. This rare example of English baroque architecture is one of Birmingham’s oldest buildings. Its famous Pre-Raphaelite stained-glass windows by Edward Burne-Jones date back to the 1880s and are believed to be his finest work.

Forest
Facebook
Email
Twitter
Pinterest
Copy link
Share
Did you know that Lord of the Rings and Hobbit author JRR Tolkien drew much of his inspiration from South Birmingham? In his childhood, he would play in the fields surrounding Moseley Bog and Sarehole Mill, with the idyllic locations providing inspiration for his literature. Now, you can follow the free official Tolkien Trail and revisit those experiences he loved as a child. 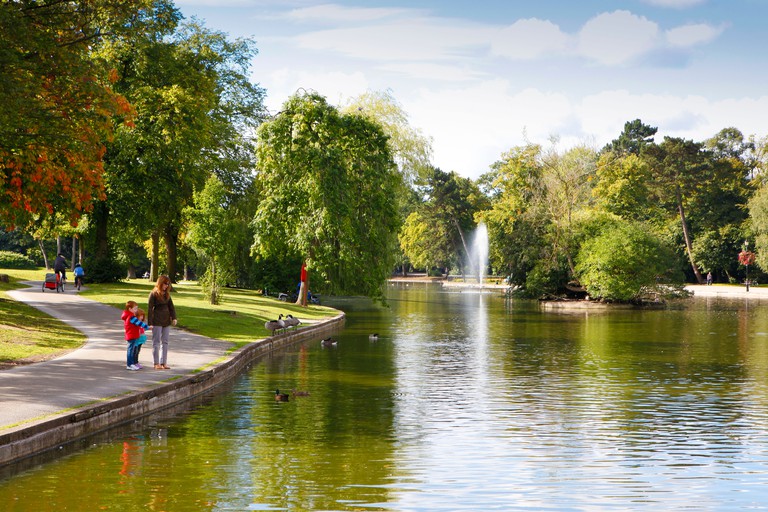 © Images of Birmingham Premium / Alamy Stock Photo
Parkrun is an international phenomenon – and it’s easy to see why. In Birmingham, Parkrun takes place at Cannon Hill Park and Sutton Park every Saturday morning. It is completely free to join – all you need to do is register online and turn up on the day. Parkrun encourages involvement from beginners through to experts; some people even use the event as an excuse for a brisk dog walk.

Architectural Landmark
Facebook
Email
Twitter
Pinterest
Copy link
Share
Using the arts and independent complex Custard Factory as your base, saunter the streets as you find your bearings around Digbeth. On the high street, you’ll pass the Old Crown (Birmingham’s oldest inn dating back to 1368) and the JFK Memorial. If you go a little off-piste, you’ll meander under the famous Duddeston Viaduct; it’s the gritty industrial buildings juxtaposed with the modern street art for which the area is famed.

Get involved with BBC Birmingham at the Mailbox 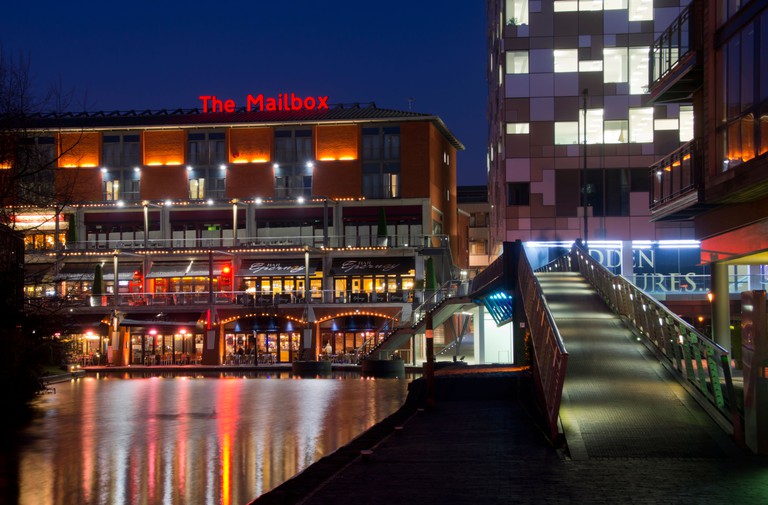 © Charles Bowman / robertharding / Alamy Stock Photo
Ever wanted to get involved with the BBC? Well, you’re in luck. BBC Birmingham broadcasts from popular city centre retail and restaurant outlet the Mailbox. The visitor centre is free to enter, and here, you can check out the original outfits from the TV series Peaky Blinders, pose with a Tardis and watch live news bulletins from the upstairs viewing area. Full studio tours do incur an admission fee, but if kids have Blue Peter badges, they can get in free with a full paying adult.

Lose yourself in a book at the Library of Birmingham

Library
Facebook
Email
Twitter
Pinterest
Copy link
Share
The £188-million, 10-level Library of Birmingham opened in September 2013, replacing the now-demolished Library at Paradise Forum. Housing well over 300,000 books, the library is also home to the beautiful Shakespeare Memorial Room, and features a balcony with sweeping city views. In the summer, take a book out onto the popular seventh-floor Secret Garden terrace and get lost in your lofty surroundings. 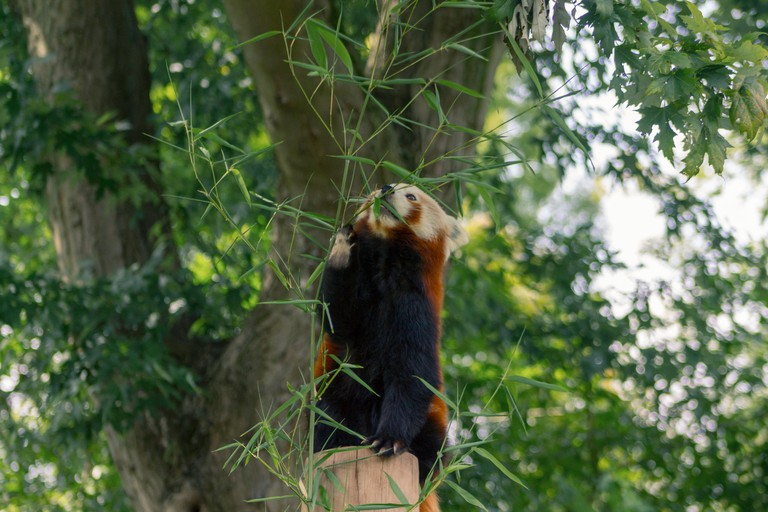 © David Plimmer / Alamy Stock Photo
Boasting more than 32ha (80 acres) of formal parkland and 49ha (120 acres) of woodland plantation, Cannon Hill Park is one of the city’s top free visitor attractions. It also has picnic and play areas, tennis courts, walking trails and, during the summer, swan pedal boats (for a fee). The Midlands Arts Centre is also found here, while the Birmingham Wildlife Conservation Park – where you can see wallabies, pandas and lynxes – is also on-site.

Walk along the canals 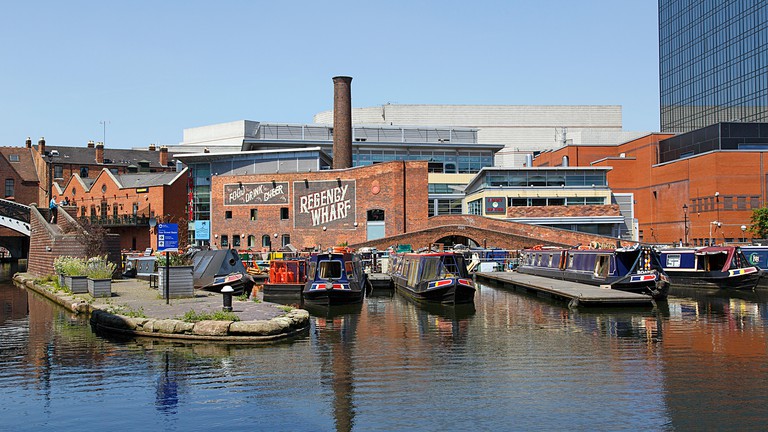 © jax10289 / Alamy Stock Photo
Yes, it’s true: Birmingham does have more miles of canal than Venice. The heart of the city’s canal network passes through a midst of restaurants and shopping outlets, with its intricate, winding towpaths welcoming hundreds of boats and barges daily. The city’s best pit stops are found around Gas Street Basin, including the delightful Canalside Cafe and the recently renovated Canal House pub. Tired legs? Catch the waterbus back.

There’s nothing better than free live music, and Brum has plenty of it. Birmingham’s Symphony Hall regularly hosts free music performances and workshops in the cafe bar, though some events do land further afield at the Jam House in the Jewellery Quarter. Thanks to the Jazzlines initiative, the venue, along with a number of local promoters, continues to push jazz to the forefront of the city’s music scene.

Admire the views from the Lickey Hills 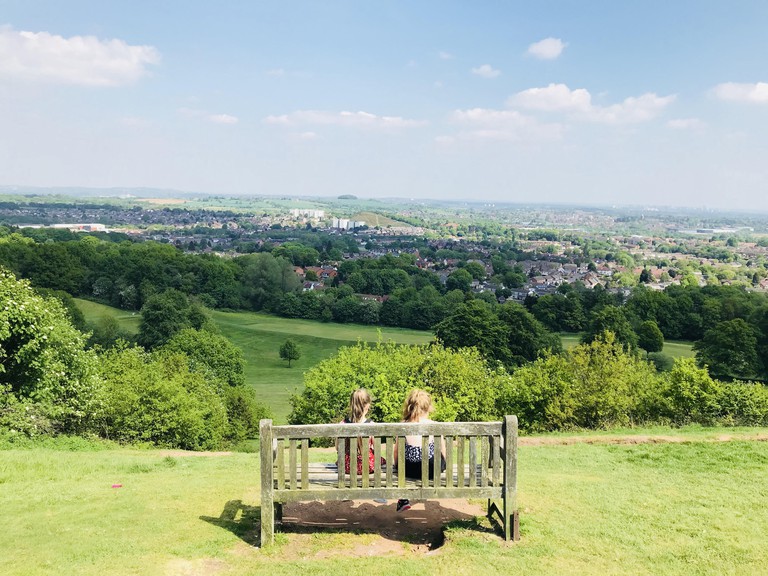 © EllieTaylor / Stockimo / Alamy Stock Photo
Often referred to as the best view in the city (only rivalled by the Library), the Lickey Hills Country Park is one of Birmingham’s most treasured parks and hiking spots. Situated in the far southern tip of the city, the 212ha (524 acres) of woodland area has a fantastic vantage point looking over Birmingham’s landscape and has a healthy wildlife habitat: including grass snakes, lizards, rabbits and squirrels.

Looking for somewhere to stay? Book into one of the best hotels near the University of Birmingham with Culture Trip.