Known as the City of Dreaming Spires, Oxford has been the source of many great literary works. It is characters such as Sebastian Flyte, Alice and the Pevensie siblings who have brought a certain kind of magic to the medieval city, coming alive through the words of famous Oxonians. Though Oxford is famous for literary giants such as Wilde, Carroll and Tolkien, the magic of other Oxonians is often forgotten. We discover ten Oxonian novelists who deserve widespread acclaim.

Known for his acid wit and acute observations, Sir Kingsley Amis is truly one of the 20th century’s literary tour-de-forces, with published works of fiction, poetry, essays, prose writings and criticisms, to name but a few. He is most associated with the ‘Angry Young Men’ movement and with comedic realism, especially with his wildly successful campus novel debut ‘Lucky Jim’. He should also be valued however, as a writer of superior versatility and breadth, with books that range from Supernatural Horror (The Green Man), to Mystery (The Riverside Villas Murder), to Espionage Thriller (The Anti-Death League), and Alternative History (The Alteration).

Recommended Reads: ‘Take a Girl Like You’, ‘The Riverside Villas Murder’, ‘Girl, 20’ 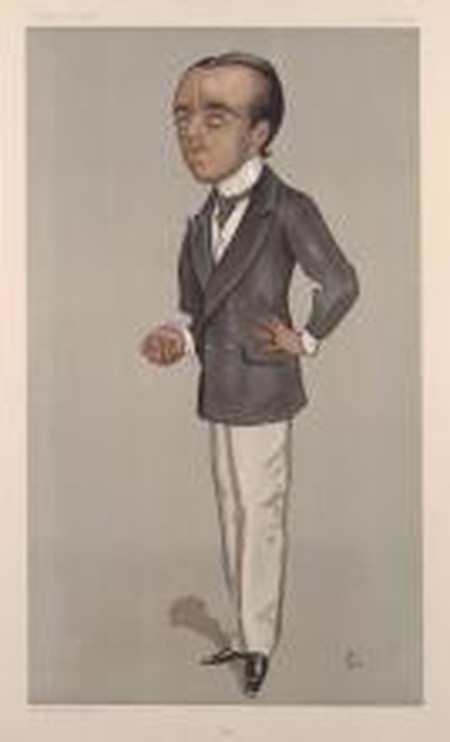 Men of the Day No. 696 Caricature of Max Beerbohm 1897 | © Vanity Fair/Lokal Profil / Wikicommons

Satirist and wit extraordinaire, Max Beerbohm became notorious in the Oxford circles during his days as an undergraduate for his rapier sharp sarcasm and for his scathing critiques of polite Edwardian society. Though he only ever published one novel (Zuleika Dobson: A Love Story), its wicked wit and tongue-in-cheek satire made it an instant classic, and it was received with much acclaim when it was first published. Using various narrative methods, the story tells of how the entire body of Oxford undergraduates decided to kill themselves for the love of one damsel Ms. Dobson, a femme fatale of the greatest proportions. Irreverent, flippant, and wickedly enjoyable, Beerbohm’s opus displays the frivolities and idiosyncrasies of Edwardian Oxford in gloriously funny prose.

From left to right: The Beast Must Die (1938), The Case of the Abominable Snowman (1941), Thou Shell of Death (1936) | © Dell Publishing, Collins White Circle Pocket novel, Perennial Library

Versatile as both a poet and an author, Day-Lewis made significant and long-lasting contributions to 20th century literature in a way that should be recognised through continued reading. Whilst he wrote poetry using his own name – and was even the Poet Laureate from 1968 to 1972 – he used the pseudonym ‘Nicholas Blake’ to publish a series of murder mysteries, which eventually came to be known as the ‘Nigel Strangeways Murder Mysteries’, a character that was apparently inspired by Day-Lewis’ interaction with W. H. Auden during their undergraduate days. Full of suspense and peppered with literary red herrings, Day-Lewis’ mysteries are a refreshing alternative to the more famous Dexter or Christie tales.

Recommended Reads: ‘The Case of the Abominable Snowman’, ‘Head of a Traveller’, ‘A Question of Proof’ 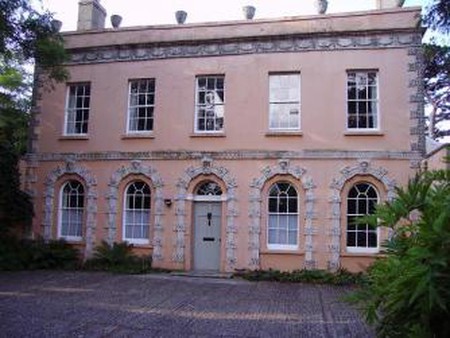 Belmont House, where Fowles lived and which greatly influenced his writing in The French Lieutenant’s Woman | © Ballista/Wikicommons

An important figure in modern literature, due to his critical positioning between the modernist and post-modernist movements, John Fowles is best known for works that reflect the ‘hippie anarchism’ and experimentalism of the 1960s. With works heavily influenced by writers such as Camus and Jean-Paul Sartre, he was praised for his experimentalism and ingenuity which enabled his works to fuse the traditional materials and topics with new ideas in style, presentation, and interpretation. His debut novel, ‘The Collector’, was especially noted for its clever combination of existential thought and the thriller genre. Hailed by The Times as one of the top fifty British authors since 1945, Fowles is certainly recommended for those who enjoy experimental and innovative literature.

Recommended Reads: ‘The French Lieutenant’s Woman’, ‘The Collector’, ‘The Magus’ 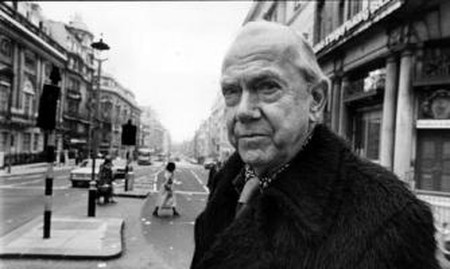 Picture of Graham Greene | © The Guardian

A notorious loner during his undergraduate days at Oxford (with Evelyn Waugh commenting on his aloofness), Graham Greene is best known for both his superior espionage thrillers (‘The Confidential Agent’, ‘Brighton Rock’), and for his continued exploration of Roman Catholicism and its relationship with individuals (‘The End of the Affair’, ‘The Heart of the Matter’). Yet, Greene has also published works of great emotional and artistic acuity that have little to do with either politics or religion, and are simply an exploration of the tormented human mind. It is such books (‘The Man Within’, ‘The Honorary Consul’) which elevate Greene’s work to that of incredible depth and complexity.

Recommended Reads: ‘The Man Within’, ‘The Power and the Glory’, ‘The Quiet American’ 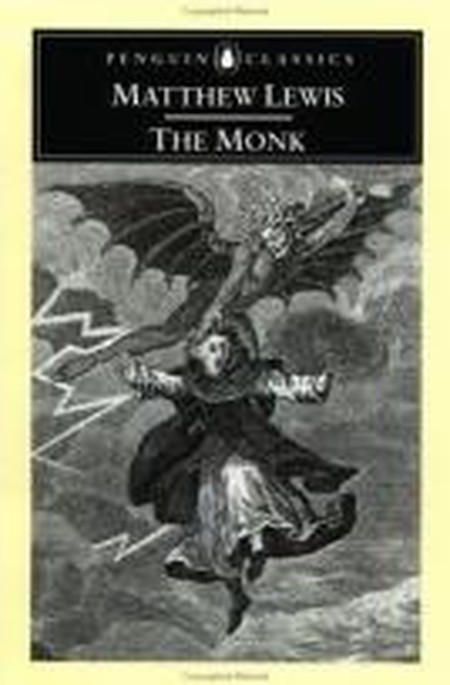 One of the most influential authors in the Gothic genre, Matthew Lewis came to be known as ‘Monk Lewis’, due to the fame and controversy that his magnum opus generated. Greatly inspired by the works of Ann Radcliffe, he heavily borrowed a lot from their content and style, but eschewing her mystical sentimentality in favour of a gruesomely explicit love of detail to create works that were both incredibly detailed in the descriptions of the macabre and slightly farcical as a consequence. His most famous work, ‘The Monk’, combines elements of the supernatural, depravity, and debauchery to an extent that both shocked and fascinated readers and is certainly worth reading for its scandalous nature, if for nothing else. 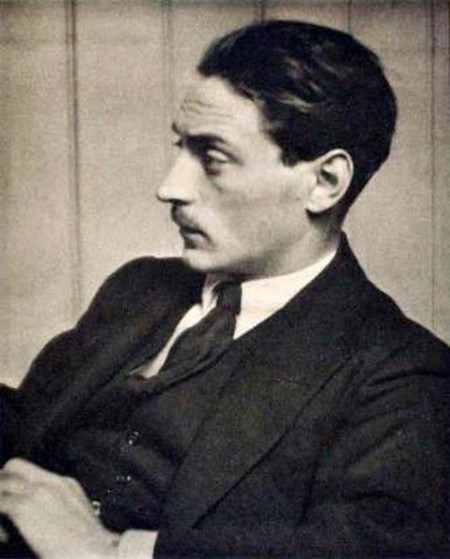 A cultural commentator, raconteur, and life-long supporter of Scottish Nationalism, Mackenzie is best known for being one of the co-founders of the SNP in 1928. His reputation as a writer and essayist however, though often ignored in favour of his political career, is often overlooked. One of his most celebrated works includes the alliterative ‘Sinister Street’, which is often considered to be one of the best works of Oxford-centric fiction published. His contemporary, the aforementioned Beerbohm, praised it effusively, claiming that ‘one doesn’t just read about the Oxford terms in the book – one lives it’. A bildungsroman of sorts, ‘Sinister Street’ revolves around the lives of Michael and Stella Fane, siblings who are born outside of marriage, a circumstance openly frowned upon in polite society at the time.

A writer of great wit and acuity, Mortimer is best known for his creation of the ‘loveable’ barrister Horace Rumpole, who is said to be inspired by his own father. Both a lawyer and a writer, Mortimer’s knowledge of the field proved invaluable when he wrote informed yet wickedly funny fiction on the trials and tribulations of the legal field. Though most famous for his Rumpole series, Mortimer is also well known for his Paradise Postponed trilogy, a series which traces the life and times of the ruthless and ambitious MP Titmuss. This trilogy was said to be inspired by Mortimer’s increasing disillusionment with Thatcherism and it is a wonderful view into the world of Thatcherite-era politics.

Recommended Reads: ‘Paradise Postponed’, ‘A Voyage Round My Father’, ‘Rumpole of the Bailey’ 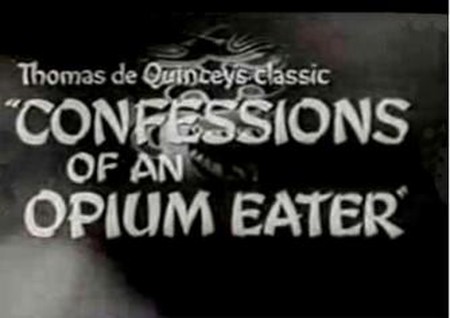 A prolific essayist and writer for the duration of his life, de Quincey has had a profound influence on future generations of literary creations, with authors such as Edgar Allan Poe, Fitz Hugh, Charles Baudelaire, Nikolai Gogol and Jorge Luis Borges citing him as a major influence. His magnum opus ‘Confession of an English Opium-Eater’, is said to have inaugurated the tradition of addiction literature in the Western sphere and its study of internal struggle, despair and substance dependence has been the subject of much praise and literary study ever since. The famous composer Berlioz even loosely based his Symphonie Fantastique on the novel, drawing inspiration from the implicit themes of internal struggles to create his symphony.

Though Sayers herself considered her best work to be her translation of Dante’s ‘Divine Comedy’, she was a popular and enduring crime writer who is famous for creating the inimitable Lord Peter Wimsey (of Balliol College), English aristocrat and debonair amateur sleuth. Wimsey starred in a series of hugely popular mysteries, which went on to become an equally famous television series, and his fame and reputation is comparable to that of Christie’s Marple, James’ Dalgleish and Dexter’s Morse. As an important part of the Golden Age of Detective Fiction, Sayers is both mandatory and absolutely delightful reading and should be enjoyed by those who wish to savour the quirks and charms of antebellum England through the pen of an accomplished author.