Britain has long been considered a melting pot for art and design, consistently producing wave after wave of talented young creatives from some of the best schools for design in the world. London alone boasts Central St Martin’s, The University of the Arts and the Royal College of Art, just to name a few. These young artists and designers trained in the capital range in their specialities, skills and locations. Culture Trip picked ten British illustrators and graphic designers who are at the forefront of the UK’s design scene. 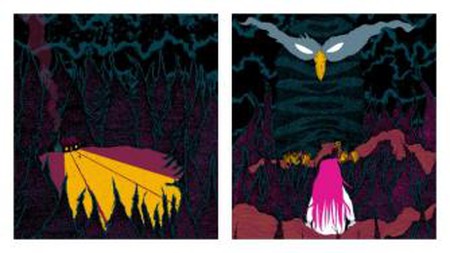 Central St Martin’s student Thomas Green has always known that he wanted to pursue an artistic career. Throughout his school years, Green constantly drew and sketched on anything he could get his hands on, so much so that teachers gave him paper to stop him from defacing his textbooks. Using a combination of analogue and digital media in his work, Green loves to experiment with colour schemes to create pieces that are often satirical and infused with a dry sense of humour that seeks to question the world he perceives around him. 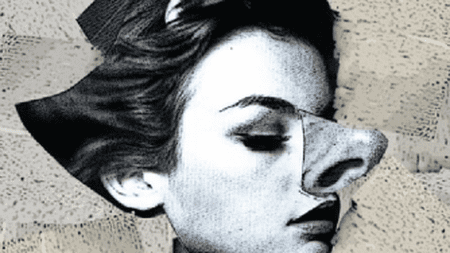 Growing up in London,with a stage set-designer for a father it is hardly surprising that 24-year-old Polly Norton has pursued an artistic career in design. Since completing her studies at Loughborough University, Norton has set up as a freelance artist, specialising in digital portraiture and mixed media illustration. This has attracted a wide range of clients in fashion, music and editorial spheres, including HungerTV, RWD and EMI. Themes of femininity play a central role in her artwork, but her girls are far from ‘girlie’; Polly Norton’s girls are tough, gritty and at times grotesque. Exploring the dark, weird and wonderful, Norton aims to create characters that intrigue and provoke. 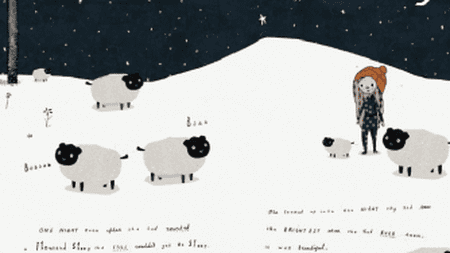 Young Belfast-based artists Ashling Lindsay is certainly one to keep an eye on for the future of illustration. Whilst still studying Graphic Design and Illustration at the University of Ulster, Lindsay was shortlisted for the 2013 AOI New Talent Award for Book Illustration. Whilst remarkable, it is entirely unsurprising; Lindsay’s work possesses other-worldly qualities and lends itself perfectly to book illustration. Much of her work incorporates shapes, patterns and letterforms to explore the methods of mark-making, and she additionally uses collage, ink, pattern and texture to form her sometimes strange scenes and characters. Documenting everything, her inspiration comes from her own experiences, thoughts and views regarding the world around her. 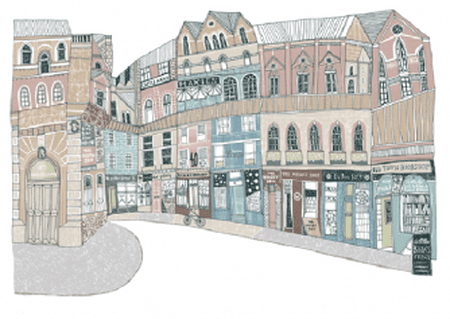 Since graduating with an MFA in Illustration from the Edinburgh College of Art, Eilidh Muldoon has returned there as Illustrator in Residence, creating beautiful and intricate images that range from cityscapes to nature drawings as well as textile patterns. Hoping to one day illustrate children’s books, Muldoon is currently selling her work on online arts and design shop Etsy in order to build up her client base. She also creates illustrations for promotional items for small business, as well as musicians and bands. These include posters, logos and album covers. Her work is intricate, light and delicate and highly desirable, whether as a framed print to place on a wall, or as a pattern to use in textiles and soft furnishings. 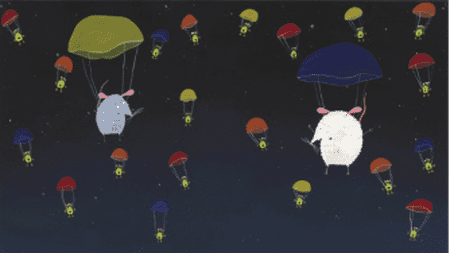 A freelance illustrator living and working in Cardiff, Wales, Amy Brown formerly studied Illustration at Cardiff School of Art and Design. Her work is predominantly narrative, following a theme, story or atmosphere. Her illustrations of woodland creatures are particularly lovely; she has done some illustrations depicting renowned and loved characters from Wind in the Willows. All the images that Brown creates are wonderfully characterful, causing the viewer to engage with the work. Looking to share the enjoyment that she feels for creating these charming illustrations, Brown’s work lends itself to bespoke gifts, stationery and even children’s books. 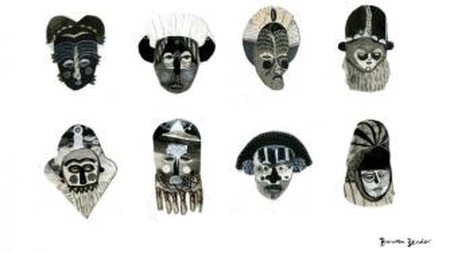 A recent illustration graduate from the Edinburgh College of Art, Bronwen Bender focuses her work predominantly on human figures as well as the tactile qualities of materials. As a result she has recently been working and experimenting with collage and pattern, and, interestingly, wirework. This involves creating images using thin wire to form the lines, which gives the images a lovely sculptural quality that highlights the human form in the way that a flat drawing cannot. Inspired by anthropology, fiction, and beautiful textiles, Bender’s work is varied, beautiful and exciting, with her more geometric work lending itself perfectly to bookbinding and textiles patterns. 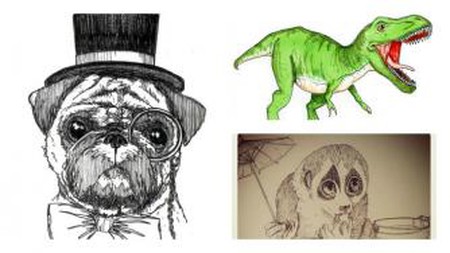 Despite still being a student (he is currently studying Architecture at Newcastle University), Matt Sharman-Hayles is one to watch for the future. Stating that he initially didn’t have the patience for detailed illustration, he began to fill sketch books as a way to unwind before going to sleep. Upon the encouragement of friends who had seen his work, Sharman-Hayles decided to make use of his illustrations by setting up a personalised gift website. It is the personal aspect that appeals most to him and he thoroughly enjoys being able to create bespoke pieces for his clients. Beautifully rendered, personal and often with a sense of humour (think pugs in silly hats), Sharman-Hayles’ work is highly desirable. 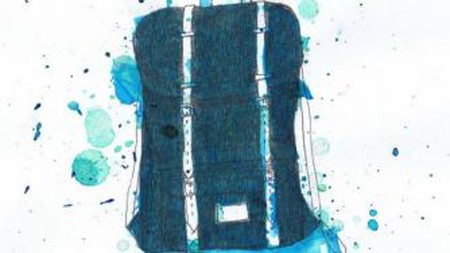 Now based in London, Mary Alice Beal is a graphic designer and illustrator originally hailing from the south west of England. A recent graduate of Central Saint Martin’s College of Art & Design, Beal specialises in illustration, especially hand-rendered techniques. Enjoying the process of creating, Beal explores the potential of different processes and media. Recently experimenting with collage making using her own photography, found imagery and scanned textures, Beal injects a narrative element into her works; often, these undergird and connect all aspects of a project from techniques to processes and subject matters. 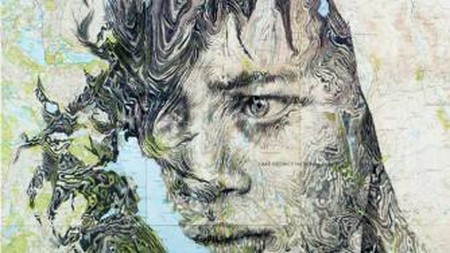 A freelance artist based in Cardiff, Ed Fairburn graduated from the Cardiff School of Art & Design, specialising in illustration. He paints, draws and constructs highly figurative images using a flexible range of tangible media across a wide range of surfaces and contexts. Some of his most intricate work is map-based portraiture. These highly detailed and realistic portraits disassemble the patterns and structures that exist within the human body and reconstruct them on the pre-patterned surface of a map, using contours, roads and border markings to create the portrait. These unique amalgamations are a result of Fairburn’s ability to flawlessly integrate human characteristics with the topographical features of maps, and his work is available to purchase at notonthehighstreet.com. 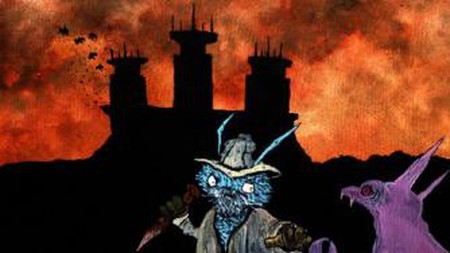 Following the completion of his MFA from the Edinburgh College of Art, Edinburgh based illustrator Gary Mackean is a multimedia artist who works in everything from acrylics and watercolours to clay. Mackean’s work is highly character driven with the main subject of an illustration focusing around a particular character or mood rather than a setting. Currently working on a number of books, Mackean’s illustrations have a certain dark humour to them, with titles like Angus the Haggis Slayer and Frankenhare. Mackean’s work has been exhibited throughout Edinburgh and Fife, and he has also had his work published in a number of magazines and journals.