In 2018, the trading and collection of stickers is no longer confined to school halls and tuck shops, becoming a genuine hobby for football fans of all ages. One company, however, has taken the football sticker phenomenon one step further.

Among World Cup merchandise the sticker book reigns supreme. Formally just a piece of playground paraphernalia, with the ‘got, got, need’ mentality spreading through schools at each major tournament, football stickers were break-time currency. But as collecting stickers as become more commonplace among adults, so has the desire for something a little more unique. 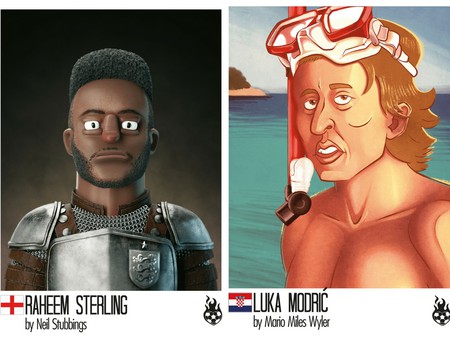 The Swiss non-profit Tschutti Heftli (Swiss-German for ‘Footy Zine’) produce an alternative sticker album that, instead of the stock headshots seen in ordinary albums, uses the work of illustrators, artists and graphic designers from around the world. That’s why the England team look like animated knights in full armour, the Spanish squad resemble Elizabethan black-and-white sketches and Croatia look like holiday postcards of yesteryear.

This isn’t some flash-in-the-pan fad. Tschutti Heftli has produced the album since 2008, starting originally to go alongside the European Championships that Austria and Switzerland co-hosted that same summer. The album is 84 pages long and there are 530 stickers to collect, and without a primary school’s worth of potential collectors to barter with, it’ll take a far greater financial hit to complete. Every team has its own individual style and 7.5 million copies of the album have been published this year.

The album is published as part of a not-for-profit initiative, with 7p per packet sold going to the Swiss humanitarian charity Terre des Hommes. Tschutti Heftli’s Markus Foehn says the album is intended to be “anti-mainstream” – very much in the same camp as Dulwich Hamlet, away kits from the 1990s and a well organised gegenpress. 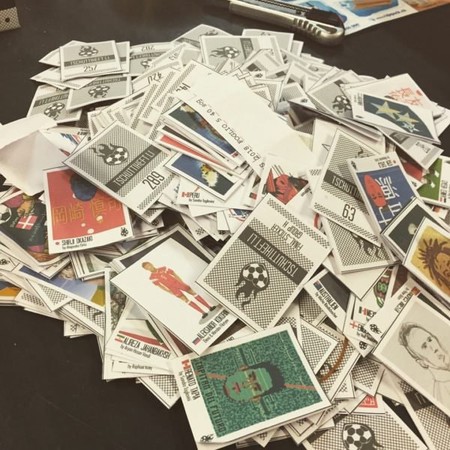 This alternative is in reference to one company in particular. Talk about swapping stickers and the assumption is that you’re talking about Panini, the company that dominates the market. Founded in 1961 by Giuseppe Panini, the Italian company enjoyed steady domestic success until the 1970 World Cup. It was then that they made the decision to print their stickers in three languages and went truly global, especially in South America where collecting remains a huge pastime for football fans across the continent.

Although collecting has remained popular among children, the 2006 World Cup saw a surge in popularity among adults, perhaps ready to relive childhood memories. Panini’s Brazil 2014 edition was the most popular album in its history, with twitter providing the digital playground for swap lists. This summer, the Russia 2018 album is available in over 100 countries despite the fact only 32 teams are actually competing, and for anyone hoping to complete their collection, it won’t come cheap.

This year’s Panini edition will cost, on average, £773.60 to fill. At 80p per packet (for five stickers) and 682 stickers to be found, it all begins to add up. Tschutti Heftli’s version, not only more varied and creative, has less stickers to collect, and each sticker is cheaper, with a packet of ten costing £1.

Collecting stickers taps into some classic themes, of mystery, discovery and success, not to mention the raw physicality of something that you can rip open, smell, and place carefully in its place. This unorthodox alternative shares those same emotive triggers but with added cultural value, adding some extra beauty to the beautiful game. 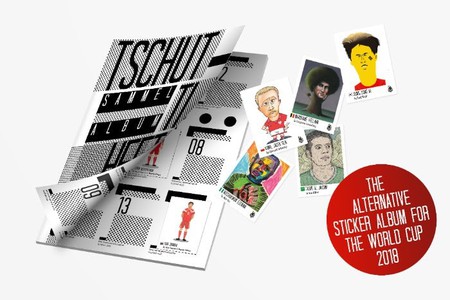 The album and stickers are available to buy in the UK through football magazine Mundial.