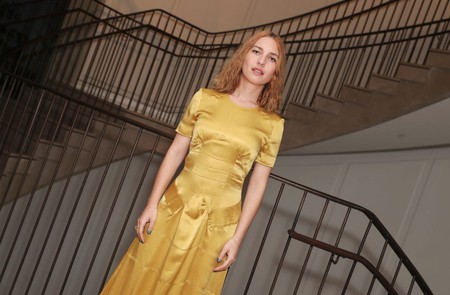 Bathed in the uneasy light of Brexit, many global brands are being hesitant in their ongoing commitment to the UK. Not Burberry: the label announced that it would be moving 300 jobs out of London – to Leeds.

While Burberry’s headquarters will remain in London, the relocation of many of their back office operations to Leeds will help them reduce outgoing costs. And while this move is surely led by pragmatism, the effects for the fashion scene in the Yorkshire city could be exciting.

Indeed, the transition comes in the wake of Lou Stoppard’s recent exhibition ‘North’, in which the editor of SHOWstudio and her co-curator Adam Murray (Senior Lecturer at Liverpool John Moores University) debunked and explored myths around Northern identity in fashion.

‘More investment in and awareness of the regions outside of London should certainly be a positive thing, but I’m not sure how much this is investing into creative practice in the North. Hopefully this exhibition may contribute to this wider debate,’ Murray commented in an interview with Culture Trip. Bringing a large segment of Burberry’s operational team to the region could further help contribute to the discussion.

The announcement comes as part of Burberry’s ongoing restructuring plans to help them stay on course to deliver a £100m profit in 2019, said a report by Proactive Investors. Other initiatives such as choosing actress Lily James as their Met Gala sponshorship recipient (a theatre star first, rather than a Hollywood name) and their collaboration with the Henry Moore Foundation at Makers House earlier in the year, also suggest that they are striving to position themselves at the apex of the luxury industry. In fashion, and across culture more generally too.

As prices in London continue to drive out young creatives, investing in re-energising the North offers a crucial alternative for artists, musicians and designers. Perhaps the Burberry move won’t transform Leeds into a fashion hub immediately, but the long-term impact is sure to be positive.