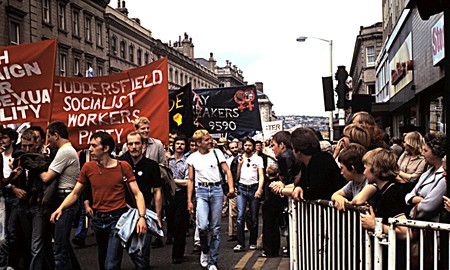 Over the last two years, West Yorkshire Queer Stories has been gathering and preserving LGBTQ oral histories from across the region; now, they’re immortalising them in a print book. Project coordinator E-J Scott explains the importance of remembering queer lives and stories. 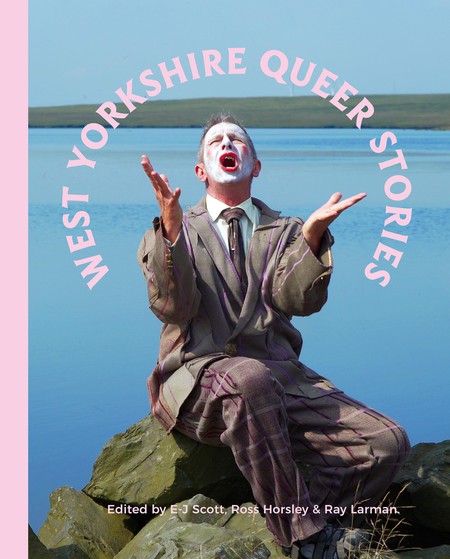 “West Yorkshire has a very vibrant history of queer culture right across the region,” explains E-J, “and it dates back several decades; it’s not a new phenomenon. It’s always been there, and it’s nice to see it getting the recognition it deserves.”

E-J Scott (he/them) is the project coordinator for the West Yorkshire Queer Stories (WYQS) project, whose work over the last two years has been funded by the National Lottery Heritage Fund and Yorkshire MESMAC. The project has centred the lives and stories of queer people living throughout West Yorkshire, giving voices that too often go unheard the chance to contribute to history. 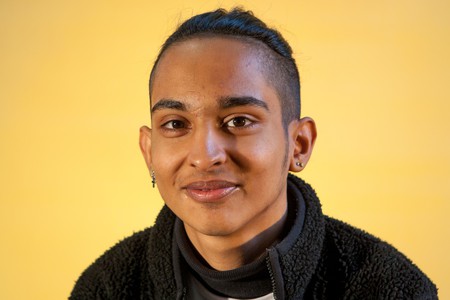 “With the whole intersecting identities, growing up as brown and growing up as queer, I felt like I was sort of battling between the two identities,” says Hasan | © Geoff Brokate Photography

“I think there’s an emphasis on queer stories told in the context of large cities, particularly London,” E-J says. “They dominate the narrative surrounding queer lives.” When the focus is solely on the capital, queer histories from smaller towns, villages and rural areas can be lost; the aim of the WYQS was to prevent this from happening here. 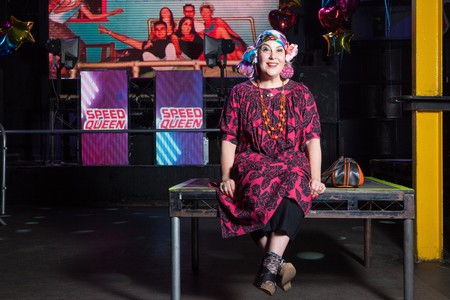 Suzy Mason founded the Vague club night with her friend, Paul Fryer, at The Warehouse in Leeds: “I’m gonna open this club in Leeds and it’s gonna be mixed and basically I’m gonna put gay people and straight people, and black people and white people, and young people and old people together” | © Geoff Brokate Photography

And West Yorkshire’s queer history is very much worth preserving; in 1981, the national Pride parade relocated to Huddersfield to show support for the community after the police raided the famous Gemini Club. As E-J says, “It really is radical history.”

Altogether, the project has gathered around 200 stories from across the region – each one may be unique, but all are groundbreaking. There are tales of knitting lesbian-themed jumpers, transporting sperm for artificial insemination across town in a Thermos flask, and the struggles of being gay while working in the mines. We hear from non-binary people, people with disabilities, people of colour; there are stories of finding a space for self-expression in trans choirs and queer swimming clubs and LGBTQ tea dances.

The site is designed so that people can browse through stories or search to find the experiences that resonate with them, whether it’s someone in the same area or of the same identity. “It’s a tool for people to be able to find stories like their own,” E-J says, “to understand the place they live in better, and to realise that there’s this vibrant history across the area as well, that relates to their own lives.”

Almost 70 volunteers were trained to collect and record the oral histories with the participants, bringing a sense of intimacy to the project. “The actual process of the whole project has not just been about collecting the histories,” E-J explains, “but bringing the community together, particularly intergenerationally. It’s been a project that strengthened the community right through the region.” 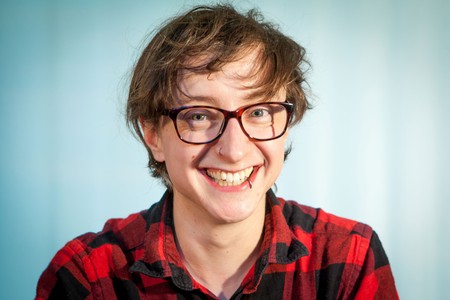 Flo grew up in Keighley; they became an active member of the Campaign for Nuclear Disarmament in Bradford as a teenager, meeting friends at the community-run Treehouse Cafe and nearby housing cooperative Branches | © Geoff Brokate Photography

The site is purposefully made easy to navigate, with clear keywords and both audio and transcripts available for the collected stories, making it accessible to people who would perhaps shy away from more traditional archive material. “It’s a really unique way of approaching how the materials can be used,” E-J points out. “It’s not just for academics, it’s not just for researchers, it’s really for people to use and to enjoy and to feel a part of.”

The project hasn’t been limited to gathering oral histories. Over the past two years the organisers and volunteers have commissioned poets, made short films and animations and held various events throughout the region. “It means that people have been able to access and use the collection in ways that go beyond the archives; that are actually out in the community,” E-J says. “It’s great to see this collection coming to life.” 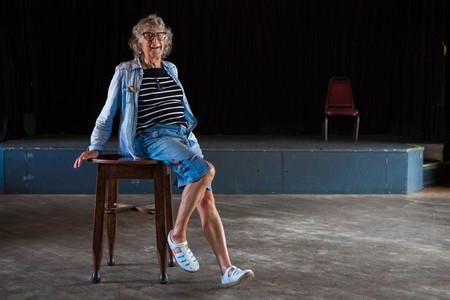 Helen is from Keighley and has been with her partner for 25 years. “I’m one of the real fortunates amongst the trans community, that many, many trans people lose their relationships, but I didn’t and it’s been the most wonderful thing” | © Geoff Brokate Photography

Coronavirus and the UK-wide lockdown meant that WYQS had to rapidly change their ideas for how to celebrate the completion of the project. Instead of the live events that had been planned, they chose to create a lasting record in the form of a book that showcases around 50 stories from the collection. “We’re sending these out to people around the country for free so they could have a physical object that they could hold onto; just like being with someone, almost,” E-J says. “They can explore the project with a physical token that they can treasure.”

The website will remain live for ten years, and the recordings of the oral histories themselves will be held forever at the West Yorkshire Archives. The book, which can be ordered free of charge, will take the words of the participants across the globe. “We’ve had orders internationally; it’s going to go out across West Yorkshire and throughout the UK, but it’s going to go out across the world as well.” 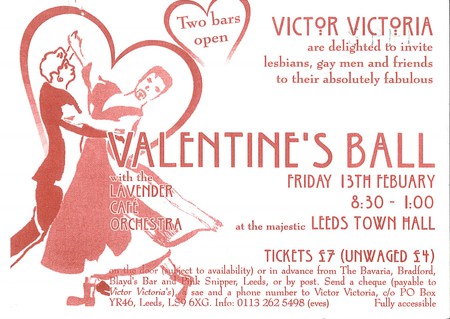 Ian and his friends began running LGBTQ tea dances in Saltaire in the late 1990s: “There were the terrified faces of the ballroom dancers of Pudsey as they were having to dance with a same-sex partner. That felt pretty political” | Courtesy of Victor Victoria

Some of E-J’s favourite stories are those told by members of the QTIPOC (queer, trans and intersex people of colour) community in the area, a record that proves that West Yorkshire is diverse in more ways than one. One story that hits particularly hard is that of a gay asylum seeker who moved to the area after fleeing Cameroon. “In the story he says he’s never felt as free as he does now when he’s living in Leeds. I think it’s incredible to think that there are asylum seekers finding a safe place to call home in, of all places in the world, West Yorkshire.”

The key thing the project set out to show, E-J says, is “how diverse the stories are; how interesting and brave but also touching they are, and how strong the community is across the whole of West Yorkshire”. The project may be coming to an end, but the stories gathered will be read and listened to for years to come.