Why Running and Psychology Are Becoming Training Partners 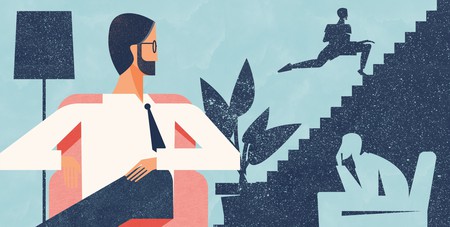 The positive relationship between running and psychology continues to gather momentum, with the benefits of lacing up running shoes and heading outside enriching other aspects of our lives. 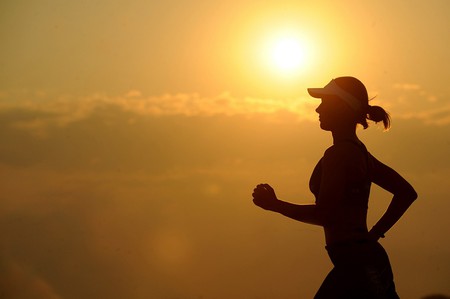 Ray Fowler, who was CEO of the the American Psychological Association between 1989 and 2003, formally set up Running Psychologists in 1978, a group designed to ‘bring together those psychologists to encourage and advance teaching, research and service in these areas, and to promote well-being and physical fitness among psychologists in the community at large by calling special attention to the benefits of running and similar aerobic activities’.

There is evidence that people take up running as a problem solver, in an effort to lose weight, for example, or when they feel they’re getting old. A paper by Adam Alter and Hal Hershfield, published by New York University’s Stern School of Business found that ‘first-time marathon runners were especially likely to have an age that ended in a “9”; in other words, to be on the cusp of a new decade’.

Running, as opposed to other sports or hobbies, is the obvious answer for relative sporting novices looking to improve their wellbeing. Running can be done for free (aside from the cost of a pair of running shoes), on your own, at your own convenience, without the prerequisite of past experience or a required skill set. And while running may be taken up initially to simply shift extra pounds, its benefits beyond that are becoming more apparent.

Dr Ian Walker, from the University of Bath, took up long distance running after seeing a video of the Transvulcania Ultramarathon, run up and down a volcano in La Palma, in the Canaries. For Walker, the benefits are based around the chance to think things through, with the focus required on long distance events ‘acting as a kind of enforced form of mindfulness, distraction from the pain of each mile’. 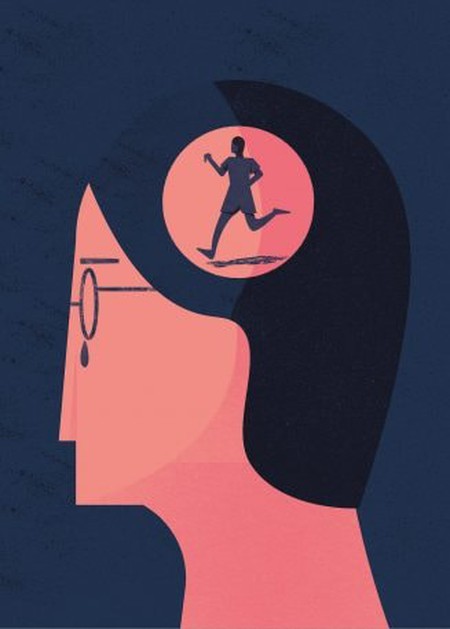 In an article published in The Psychologist, clinical psychologist Professor Jamie Hacker Hughes explains that ‘running allows you to organise things in your mind and encourages creativity. All my best ideas have come to me and have been worked out while I am running’.

This is something supported simply by my own personal experience, the caveat being it is swimming that provides the benefits, rather than running. While goggles and a jammer may replace running shoes and shorts, the principles remain the same. These are not 10km open water swims every morning, but 45 minutes at a decent pace, three or four times a week in a pool near the office, with the benefits being two-fold. Firstly, as highlighted by Hughes, the act of swimming encouraging creativity, similar to the Inspiration Paradox – the premise that letting ideas come to you can be more productive that frantically scrambling around for them in the first place. Exercise can be the perfect breeding ground for creativity.

In his book What I Talk About When I Talk About Running, world-renowned Japanese author Haruki Murakami writes, ‘Somerset Maugham once wrote that in each shave lies a philosophy. I couldn’t agree more. No matter how mundane some action might appear, keep at it long enough and it becomes a contemplative, even meditative act’. Having spent over thirty years running 36 miles a week Murakami explains, ‘Long distance running suits my personality, though, and of all the habits I’ve acquired over my lifetime I’d have to say this one has been the most helpful, the most meaningful. Running for decades has also made me stronger, both physically and emotionally’.

The second benefit realised through personal discovery, is the deliberate action of focusing on specifics while in the pool and the conscious attempt to apply correct technique. Keep my elbows high, stretch my arms as far as possible before the pull, turn just my head to breathe while keeping my shoulders still, keep a constant rhythm, point my toes, and so it goes on. Get these – and plenty other – factors all clicking into gear together in harmony and you can feel it working, just like a set of cogs that have finally been oiled and begin to turn along smoothly, each bit playing its part in a grander operation. Running allows you to organise things in your mind and encourages creativity.

Bringing together these small but significant details together as one is thoroughly rewarding, and something that can be applied in other parts of life. In the pool, I flit between this mindset and the former, more ‘meditative’ state described by Walker and Murakami. Back and forth. Sometimes four or five times in one session, sometimes just the once. I imagine it’s the same for running. The sport may be different, but runners can hone in on cadence, on stride, on keeping their head still, on the mechanics of their arm movement, or, they can just run. In addition, the benefits can be felt not just during exercise, but afterwards also, thanks to the cognitive processes involved.

A study by Emily Bernstein and Richard McNally, published in Cognition and Emotion, hypothesised that aerobic exercise may alter the way people respond to their emotions. The study concluded, ‘Moderate aerobic exercise may help attenuate negative emotions for participants initially experiencing regulatory difficulties. This study contributes to the literature on aerobic exercise’s therapeutic effects with experimental data, specifically in the realm of emotional processing’.

Bernstein and McNally asked half their participants to jog for 30 minutes and half to rest, before showing them a sad clip from a film. They found, ‘participants who said they usually struggled to handle negative emotion were more intensely affected by the sad clip, but crucially this was less so if they had completed the jog’.

The study contributes to wider research that running may slightly reduce cognitive function during the run, but boost it afterwards. With reaction time and problem-solving improving, and with the likes of stress and bad moods being reduced, maybe it is time to look at running from a different angle. The obvious physical benefits of running are just the bonus to what might be the cheapest form of therapy around.