Why "My Cousin Rachel" Is an Adaptation Done Right 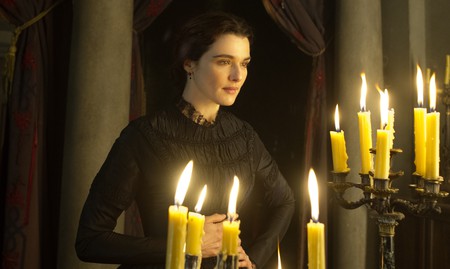 The film, starring Rachel Weisz and Sam Claflin, puts on display all the mystery and tension of the original Daphne du Maurier classic, but with an added emotional edge. Director Roger Michell admits, in the introduction to Virago’s latest edition of My Cousin Rachel, that upon first reading the novel three years ago he was surprised. What he’d “idly suspected as fifties chick-lit with a dash of melodrama” was, in fact, “complex, dark, mysterious, and full of erotic, brooding disquiet.” An unsurprising admission, after all—there aren’t many writers who can claim to have been so consistently underestimated, and unjustly underappreciated, as Daphne du Maurier. Throughout her life, and indeed even afterwards, the bestselling author of Rebecca, Jamaica Inn, and The Birds (to name but a few) has never quite escaped her reputation as a writer of ‘light’ fiction, despite undeniable talent.

Michell’s realization, then, and the film that has now emerged out of it, should at the very least help dent that far too long-lasting image. There is, of course, depth to her work, and this adaptation is successful precisely because it chooses to emphasize it: My Cousin Rachel is a moody, ambiguous movie, made all the more poignant by its constant criticism of privilege. The running mystery of the story is judiciously used as a foil for bolder, and ultimately tragic, explorations—on fallible romance, male entitlement, and the impossibility of independent life for women in the 19th century. 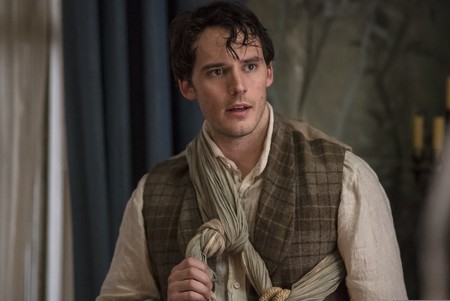 Sam Claflin as Philip Ashley, in My Cousin Rachel | Courtesy of Fox

Set with deliberate vagueness around the 1840s, “between Austen and Dickens” (to quote Michell), the story follows one Philip Ashley as he approaches the age of 25 and full, legal adulthood. His older cousin Ambrose, who had, until then, raised him celibate—and in a house seemingly devoid of women—meets and marries the eponymous Rachel while recuperating from an illness in Florence. Ambrose, however, soon falls sick again, dying a few months thereafter, but not without sending Philip letters in which he accuses his wife of poisoning him. His official cause of death is brain tumor.

This is the tense premise, a dark variation on Howards End’s famed opening chapters, skillfully put to screen in the movie’s rhythmic and fast-paced first 20 minutes (or so). The rest of the narrative plays out more or less solely between Philip and Rachel, with the questions, “Did she? Didn’t she?” echoing throughout in the boy’s mind. He understandably begins by despising the widow, a hatred which quickly dissipates the moment she comes to visit him at the Ashley estate in Cornwall. At this point his feelings towards her turn romantic, and the two slowly bond, allowing her to receive whatever inheritance his cousin’s will did not provide. Eventually, however, Philip’s marriage proposal is refused, a rejection which reawakens his suspicions of her, laying the ground for the story’s tragic ending.

As expected, Rachel Weisz fits the role of Lady Ashley to perfection. Not only does she not play the character in an overtly sinister manner, but Weisz’s—typical—slight awkwardness makes her more sympathetic than might otherwise have been expected (she is by no means a femme fatale in the Hollywood sense). Though strong in her determination to live the way she wants to, here is a widow that is visibly shaken by what’s happened (and is happening), and almost shy of her charms.

Yet it is Sam Claflin, in his dual role as both Philip and Ambrose (a lopsided combination, mind you, since the older cousin gets very little screen time), who perhaps comes out of this impressing the most: he plays the boy with added brashness and violence, giving an edge to the character’s childish mood swings, and putting in perspective the work’s true dramatic center. More than a mystery-romance, My Cousin Rachel is revealed to be about a woman accused of treachery simply for preserving her own interests, and suspected of promiscuity for being unafraid of her own sexuality.

Philip Ashley in the library

The film also brings a lot visually to the du Maurier story, partly because the cinematography is deft in its uses of light, and makes repeated emphasis on unsteady and inauspicious details (a distraught look, a trembling hand). But credit should also be due to the movie’s superb locations: the prominent, lush exterior scenes were shot in Devon and Cornwall, while the historic West Horsley Place in Surrey served for the interiors. The house’s main hall, bedrooms and extensive library were put to atmospheric use in My Cousin Rachel, significantly darkened and often candle-lit to properly accompany the action.

My Cousin Rachel will be in UK cinemas on June 9.