Why is Gibraltar British, Not Spanish? 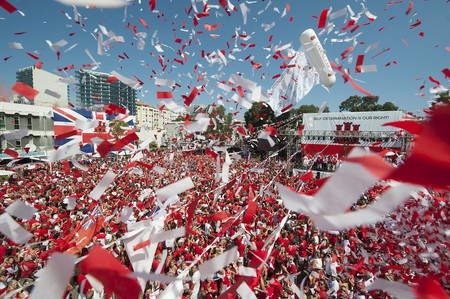 The fraught issue of Brexit has reignited a debate between Britain and Spain about control over Gibraltar – a debate that has been going on for almost 360 years. But how did this small territory on the southern tip of the Iberian peninsula become British in the first place, and on what grounds do the Spanish seek to reclaim it?

Last week, Gibraltar celebrated its “National Day”, an annual commemoration of the sovereignty referendum held on September 10th 1967, in which 99% of the population voted to remain under British rule rather than be passed over to Spain. A similar result was returned in the plebiscite of 2002, when Gibraltar’s 32,000-strong population was asked whether it wanted to live under joint Spanish-British control: again, 99% of Gibraltarians said no, with just 187 people saying they thought Spain and Britain should share sovereignty over the Rock. 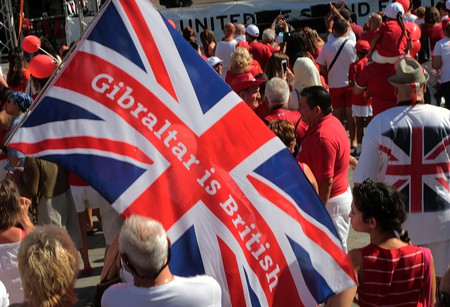 Yet the UK’s decision to leave the EU – which 96% of Gibraltarians voted against in last year’s EU membership referendum – has reinvigorated Spain’s centuries-old claim to the territory. Spanish foreign minister Alfonso Dastis has stated that British occupation of Gibraltar “violates [Spain’s] territorial integrity”. Meanwhile the UK government, led by Prime Minister Theresa May, has assured Gibraltarians that their country will remain British post-Brexit. None of this territorial squabbling is new: in fact, the dispute that Brexit has reignited is already over 350 years old.

In 1704, British and Dutch forces captured Gibraltar from Spaniards during the Spanish Wars of Succession, conflicts that were triggered by the death of a childless Charles II in 1700. Britain and the Netherlands supported the bid of Archduke Charles of Austria to become King of Spain, concerned that French domination of Europe would result if his rival, Philip of Anjou – grandson of Louis XIV of France – took the Spanish throne. When Philip duly became King Philip V of Spain, as requested in Charles II’s will, he annexed Spain to France and promptly forced the Dutch out of Spanish territories in the Netherlands. Seeing their worst fears materialising, Britain declared war on France in 1702 and launched military offensives against French and Spanish coastal towns. Owing to its strategic position and poor defences, Gibraltar became a key target. 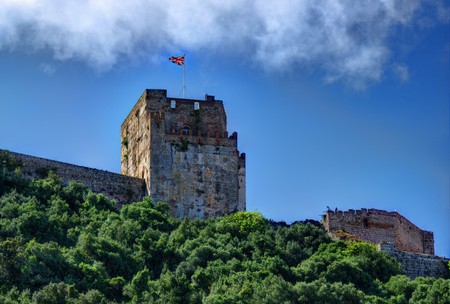 The Moorish fort of Gibraltar, with the Union Jack flying from its main tower; Steve Slater/flickr

After heavy bombardment by a Dutch-British fleet in August 1704, Gibraltar surrendered. The document signed by its deposed governor, Diego de Salinas, named Charles III of Austria as the legitimate ruler of Spain (and by extension Gibraltar). In 1713, the territory was officially ceded to the UK in perpetuity as part of the Treaty of Utrecht. This agreement handed the old town and port over to the British, but made no mention of the surrounding waters nor of the isthmus – the sliver of land which links Gibraltar to the run-down Andalusian town of La Linea de la Concepción.

Fast forward to 2017 and the Spanish government still maintains that those omissions mean the British have no jurisdiction over Gibraltarian waters, the isthmus or the 426-metre Rock at the territory’s centre. As Dastis said earlier this year: “We want that piece of Spain to be reintegrated into Spain”. Yet for the overwhelming majority of its residents the Rock has not been a “piece of Spain” for almost 360 years. 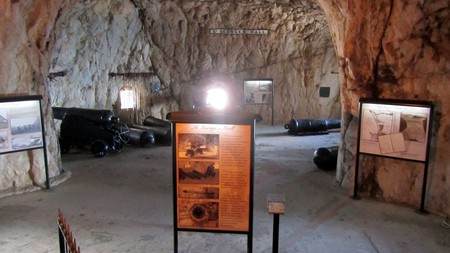 Undeterred by Gibraltarians’ loyalty to the British crown, Spain has made several attempts to reclaim Gibraltar since the Treaty of Utrecht was signed. In 1727, Spanish troops besieged and bombarded the territory for five months before the Rock’s notoriously unpredictable micro-climate rained off their attempted recapture. The Great Siege of Gibraltar was mounted in 1779 by Spanish and French troops and lasted for almost four years; but the construction of a remarkable network of underground tunnels enabled Gibraltar’s defenders to place guns high up on the Rock, thus greatly fortifying their defences. The siege was eventually called off in early 1783 and the Great Siege Tunnels are now one of Gibraltar’s most fascinating attractions. 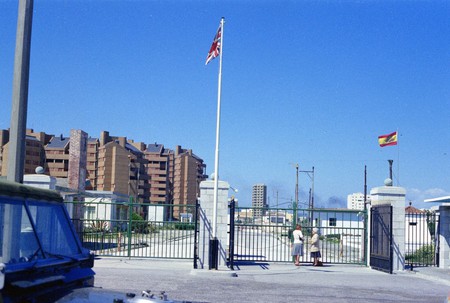 Most recently, General Franco – the Fascist dictator who ruled Spain from the end of its Civil War in 1939 to his death in 1975 – closed the Gibraltarian border in 1969, in response to that year’s Gibraltar Constitution Order (the border was not properly re-opened until 1985). This document stated that the territory could never be handed over to Spain, or to any other country, against “the freely and democratically expressed wishes” of Gibraltarians. As far as the UK government and Gibraltarians are concerned, two “free and democratic” expressions for the continuation of British rule have occurred in Gibraltar’s recent history. Spain, however, is just as keen to regain the Rock as it was 358 years ago.