Who We Think Will Win the Best Supporting Actor Oscar

The Best Supporting Actor category is one of the toughest to call this year, but a consensus is emerging. 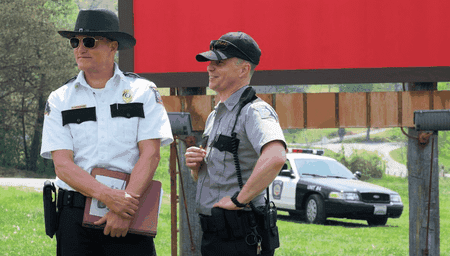 Christopher Plummer—All the Money in the World

A strong case can be made for every actor in this category, which actually makes it the most unpredictable award on the night itself. Sam Rockwell is the front-runner, and has picked up most of the major awards along the way including wins at the BAFTAs and Golden Globes. The biggest threat to the Moon star comes from his Three Billboards Outside Ebbing, Missouri co-star Woody Harrelson.

Both actors are nominated in the same category, and could split the votes as a result. Of the two, Rockwell certainly has the “showy” role playing a bigoted police officer who ends up learning the the error of his ways, but it’s Harrelson who deserves more credit for his subtle turn as a good man trying to do the right thing.

If Academy members end up with divided loyalties in the category, then the big winner will likely be Willem Dafoe, who was an early favourite for The Florida Project. 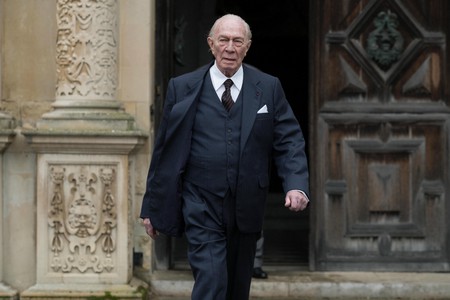 Christopher Plummer in All the Money in the World | © Sony Pictures

The other two actors, although unlikely to win, do deserve a mention. Armie Hammer might consider himself unlucky to miss out for Call Me By Your Name, but Christopher Plummer was always going to be a strong contender for stepping seamlessly into the role vacated late in the day by Kevin Spacey. As further acknowledgement of the prevailing story in Hollywood, All the Money in the World was certain to miss the cut-off date had Ridley Scott not taken the drastic action of replacing the Usual Suspects star with Plummer.

Finally there’s Richard Jenkins. The star isn’t going to win any personal glory, but we strongly suspect he will be getting plenty of attention when The Shape of Water wins other awards.

Three Billboards‘ Sam Rockwell can dust off his awards cabinet, if he’s got one, which seems unlikely. He is heading for the Best Supporting Actor Oscar.

Since 88-year-old Christopher Plummer won this prize for his performance in Beginners (2010), the Academy will probably feel it doesn’t need to honor the venerable Canadian actor for his portrayal of the emotionally frugal billionaire J. Paul Getty in All the Money in the World. To win two Oscars in your eighties would be a hell of an achievement, however.

Also due to miss out is Richard Jenkins. A Best Actor nominee for his performance in The Visitor (2007), Jenkins gives a busy, garrulous turn as the Sally Hawkins character’s closeted friend in The Shape of Water.

As an outsider, Jenkins’ Giles mirrors Hawkins’s Elisa, but because the focus of the film is on her relationship with the scaly humanoid creature, Jenkins doesn’t have enough opportunity to generate audience sympathy. 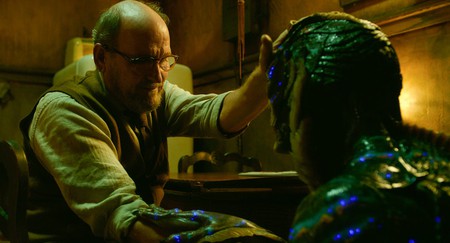 That leaves the competition to Woody Harrelson and Sam Rockwell, the duo from Three Billboards Outside Ebbing, Missouri, and Willem Dafoe from The Florida Project.

Dafoe gives a fine, nuanced performance as the put-upon but kindly caretaker of a cheap motel near Walt Disney World in Kissimmee, Osceola County, but his chances of being Oscar-garlanded are hampered by the probability that not enough voters have seen the low-budget indie. What’s more, Dafoe’s character, Bobby Hicks, has too even a flow throughout the picture—in other words, he doesn’t have a melodramatic enough curve to make Academy members pay attention. 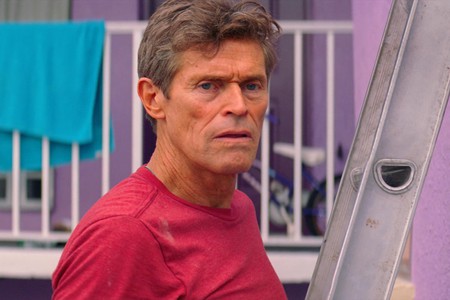 As the opposite is true of Sam Rockwell’s Jason Dixon in Three Billboards, he will go into the evening as the category favorite. An hilariously swaggering oaf—who is not a little childish—Jason has bought into the myth of what it is to be a macho small-town cop, and he acts accordingly, taking out his repressed anger on Ebbing’s black citizens and the physically weaker Red Welby (Caleb Landry Jones, who incidentally played Bobby’s son in The Florida Project).

What makes Rockwell’s performance special, though, is his capacity for change, as dictated by Martin McDonagh’s script. Taking a burning and a beating for his sins, Jason starts to modify his attitude to violence and justice, and you can see that registering in Rockwell’s body language. Watching him and Frances McDormand’s Mildred come together was one of the joys of the moviegoing season.

Harrelson is currently the 80/1 outsider in this group, which is surprising given the down-home charm of his Sheriff Bill Willoughby in Three Billboards—and the relishable lack of self-pity he demonstrates in his parting monologue. Perhaps the thinking is that Harrelson plays variations on the same character every time out—which is tough if you’re Woody Harrelson—but the same could be said of three-time Oscar-winner Jack Nicholson.