Why Are There So Few Female Conductors?

As the expressive heart of the orchestra, it is the conductor who quite literally takes center stage at every orchestral performance. The conductor shapes the music, making important musical decisions on dynamic, tempo, and balance. Not only are they great leaders, but the best conductors are also able to interpret the same musical work performed countless times before in new and enlightening ways.

The role of the conductor is integral to classical music; however, a 2014 survey found that in a list of the 150 top conductors in the world, only five were women. So why is a female presence on the conductor’s podium still rare, even in the 21st century?

What makes the lack of women conductors even more astonishing is that in other areas of classical music the balance between women and men is fairly equal. Gone are the days of male only orchestras and women’s restricted access to composition classes. Today, blind auditions have become the norm for orchestras, where candidates play behind screens so judges cannot be influenced by their gender, race or appearance. Meanwhile, the success of contemporary women composers – including the likes of Unsuk Chin, Sally Beamish, and Judith Weir – is quickly evening the gender balance when it comes to new music. Female performers on the solo stage are flourishing too: Jacqueline du Pré, Janine Jansen and Martha Argerich are only a few of the many women who have made successful solo careers for themselves. 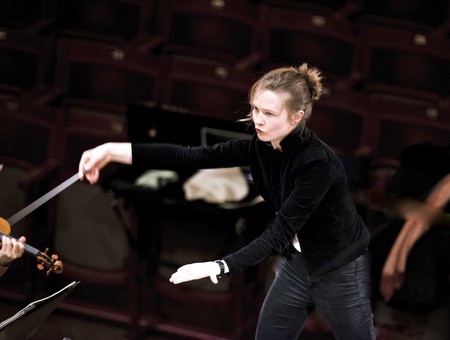 What is it about the conducting profession, then, that makes it so difficult for women to ascend to the podium? The argument that not as many women are attempting to become leading conductors is superfluous given that it is impossible to either prove or disprove. Yet outdated prejudices against women taking a leadership role in classical music can certainly be found, especially if comments by the Russian conductor Vasily Petrenko made in September 2013 are anything to go by. According to Petrenko, orchestras ‘react better when they have a man in front of them’ and ‘a cute girl on a podium means that musicians think about other things.’

Petrenko later defended his remarks, claiming that he was actually referring to the situation for women conductors in Russia, and they were not a reflection of his actual point of view. But even if Petrenko is not a misogynistic as his comments suggest, he has nevertheless put into words an underlying assumption that blights women wishing to pursue a conducting career: the idea that orchestral players respond better to male conductors – whether that be consciously or not. 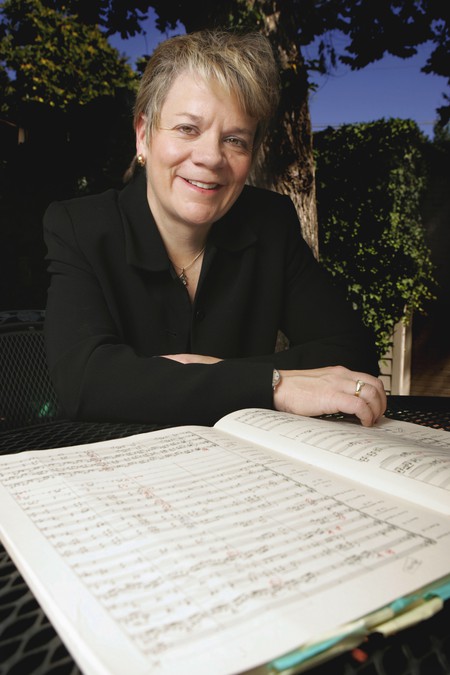 But should we really expect players to respond in the same way to women conductors as they do to men? The conductor Marin Alsop is unconvinced by this idea. In a recent interview with the Independent, she emphasized the differences between male and female conductors, describing how ‘if a woman makes a gesture, it is interpreted in a totally different way from a man making the same gesture.’ As one of the few successful women conductors working today, Alsop is certainly familiar with how players respond to woman conductors. She currently holds the position of Music Director at both the Baltimore Symphony Orchestra and the Sao Paulo State Symphony Orchestra, and in 2013, she famously became the first woman to conduct the Last Night of the Proms in the its over 100-year history.

Yet Alsop’s acknowledgment of the difference between male and female conductors is by no means an admittance of male superiority. Alsop is a firm supporter of the advancement of women conductors’ careers. In 2015, she set up the Taki Concordia Conducting Fellowship to encourage talented young women conductors. The fellowship lasts two years and gives its recipients the opportunity for intense study with Alsop as well as six weeks of conducting with different orchestras.

With Alsop leading the way, old-fashioned attitudes towards women conductors may be slowly changing. On February 4, 2016, the City of Birmingham Symphony Orchestra (CBSO) announced that its new Music Director will be the Lithuanian Mirga Gražinytė-Tyla. At the still youthful age of 29, Gražinytė-Tyla will become the only female Music Director of a professional orchestra in the UK. More important, however, is the fact that in taking the reigns at the CBSO, Gražinytė-Tyla will be following in the footsteps of such conducting greats as Sir Simon Rattle and Andris Nelsons. If Gražinytė-Tyla were to reach the same heights as her esteemed predecessors, then a greater female presence on the conductor’s podium may not be such a distant dream.