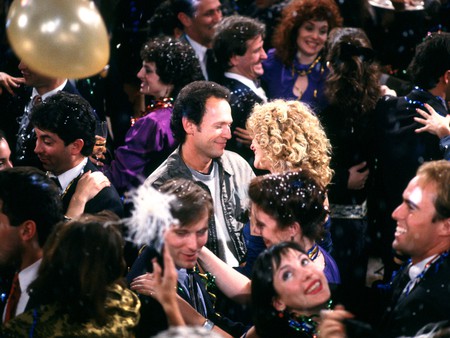 It’s going to be extra tough watching 1989’s When Harry Met Sally this year, but you should persevere regardless. Even if, like me, you think NYE and its inevitable messy aftermath is always a massive let down, the film itself is like an old friend turning up at just the right time. 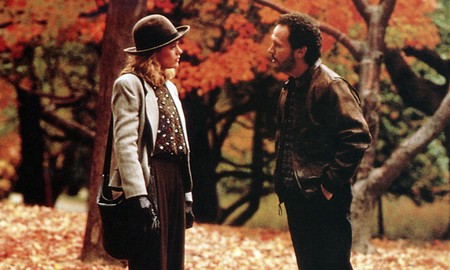 Rightly billed as the perfect romantic comedy and about as astute an examination of modern day relationships as you’re likely to get, Rob Reiner’s film about a boy named Harry and a girl named Sally belies its age and appeals to all of us. In fact, it feels even more relevant today.

It’s bittersweet, features more painful break-ups than cliched love story set-ups and has a top-notch cast, delivering some brutally realistic dialogue that can only come from experience.

Nora Ephron’s script was forged out of an interview she conducted with director Reiner, who was at the time in the midst of divorcing his first wife. Harry was based on the filmmaker and Ephron wrote Sally as an amalgamation of herself and her own friends. The ending of the film was tweaked once Reiner met his future wife on set, and the rest is, as they say, history.

Only it’s not. It’s the present as well.

Harry and Sally have chance encounters over the course of 12 years after a cross-country road trip together. This initial meeting doesn’t go as prescribed in every other romantic comedy of the time; the pair hate one another.

Sally (played by Meg Ryan in a role that defined her as America’s sweetheart for the following decade) is about to begin a course at university to become a journalist. Harry (Billy Crystal adopting an everyman persona and a natty line in seasonal knitwear), is dating Sally’s best friend, but is open about what he sees as the differences between men and women. He theorises that it is impossible for men and women to remain ‘just friends’ because “the sex part always gets in the way”.

Perceived as a pass at her, Sally resents Harry and they go their separate ways. 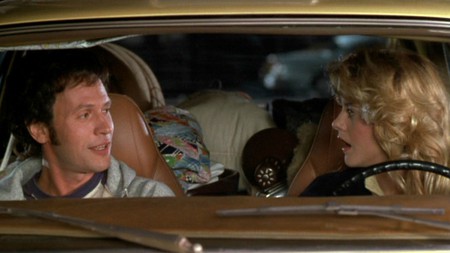 Five years later, a chance encounter on a flight brings the pair together again. Harry is now engaged (to a different woman) and Sally, it turns out, is dating his neighbour. Tempting fate, Harry suggests the pair can be platonic friends, but Sally bats away the idea. Once again, they leave each other on bad terms.

Another five years pass, and the pair bump into one another again, this time in a bookstore. Both struggling with the challenges of modern love (they have now both broken up with their previous partners), Harry and Sally try once again to be friends. They find comfort in late night phone conversations with one another where they feel able to divulge their inner-most feelings about dating, love and sex.

During a New Year’s Eve party, Harry and Sally are romantically drawn to one another. They resist, even resorting to setting one another up with their respective best friends Marie and Jess (Carrie Fisher and Bruno Kirby). Predictably, it’s Marie and Jess that hit it off, and end up getting engaged. When Sally later calls Harry in a state of distress on the news that her ex is getting married to a new partner, Harry rushes over to comfort his friend where the high emotions are released and they finally have sex.

The morning after sees Harry rush off, unable to play down the significance of the night before. The friendship falls apart and despite his best attempts to apologise and mend the relationship, Sally feels they can no longer see one another.

Finally, on yet another New Year’s Eve, Harry is alone wondering the streets and Sally feels isolated at a party. They meet once more where Harry declares his love for Sally and they reconcile. A marriage follows soon after and presumably they live happily ever after.

The sad passing of Carrie Fisher last year, and the knowledge that her screen husband Bruno Kirby is also no longer with us (the actor died ten years ago after a short battle with Leukaemia) makes the film difficult to watch. 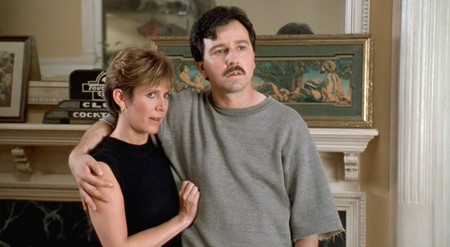 Even in scenes where it’s just Harry and Sally, you can’t escape the script by Ephron, which is so on point that it forces the viewer to reflect on every relationship that they have ever been in. Whether its a current romance, or the one that got away, When Harry Met Sally speaks to us on so many levels.

The break ups feel so real, so lived in, that it becomes a painful yet cathartic experience to endure. Somehow, this is all done under the guise of a romantic comedy, but is eons away from the frothy nonsense often associated with the genre.

So why should you watch this tender, heartbreaking film on New Year’s Eve?

Because it remains the ultimate depiction of modern love. Because it offers up the hope of reconciliation, no matter how unlikely that is. Because it breaks you down and builds you up with such a deft touch that you don’t even know its happening.