What's the Best Exercise for Your Brain? 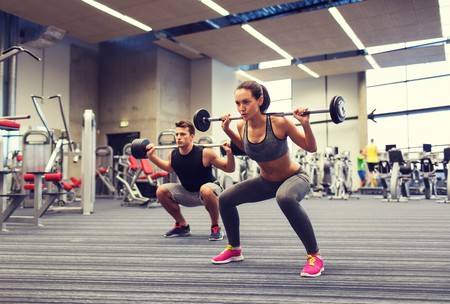 While regular physical exercise is obviously beneficial to physical health and wellbeing, what are the long-term effects on the brain and cognitive function? Further to that, which sports and exercise are the most beneficial?

According to research published in the British Journal of Sports Medicine, ‘Physical exercise improved cognitive function in the over 50s, regardless of the cognitive status of participants.’ Within this particular study, a variety of types of exercises were included – multi-component training, tai chi, aerobics – with exercise of a moderate intensity for up at least 45 minutes showing cognitive benefits.

What do we mean by cognitive benefits? This can cover anything from improved memory (short and long term), to improved mood and keeping it more stable. In addition, regular exercise also helps slow cognitive decline that has already happened.

Mike Diaper, head of community sport at Sport England, explained, ‘There is compelling evidence that participation in sport and physical activity has a positive influence on mental wellbeing and mental illness. This includes enhancing day-to-day moods, reducing the impact of stress and enhancing self-esteem.’

The study found that 45–60 minutes of moderate-to-high aerobic and resistance exercise, as many days as is feasible, is recommended. Resistance training includes any exercise that uses weights, machines or your own body weight to increase muscle strength. So, this can be anything from using weights machines and free weights to exercises such as planking, wall slides or arms raises using a band.

Even seemingly small daily activities would be considered resistance training, something as simple as carrying shopping bags home from the supermarket, for example. For those too old to for high levels of aerobic exercise, there are certainly still gains to be had, with slower-paced forms of exercise, such as tai chi, still beneficial. 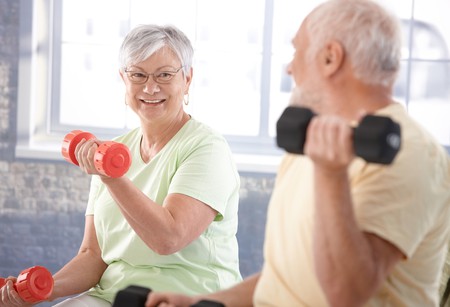 Another aspect to consider is the fact that regardless of the type of exercise, its consistency is just as important. A study in Frontiers asked endurance athletes aged between 50–80, who had exercised regularly – more than four hours per week – for the last 15 years, to stop exercising completely for 10 days. The study found ‘a significant decrease in resting cerebral blood flow (a measure of blood supply) in eight gray matter regions of the brain, including the hippocampus, which we most commonly associate with memory and learning, after just over a week without training’.

In terms of what actual sports and exercises are the most beneficial, research published in the National Center for Biotechnology Information (NCBI), found that running or cycling helped participants with their memory, specifically learning words from a foreign language. Crucially, it was only beneficial to exercise while learning, not before.

That said, a Dutch study found that breaking learning with aerobic activity, improved concentration among children. The study mixed up classroom lessons with short bursts or exercise throughout the day. This was taken further by an American research group, which studied a similar process, but over a longer period of time.

This particular study looked at 221 pupils ages 7–9 who were assigned an after-school program of physical exercise for nine months. As well as the obvious physical benefits, the program improved ‘childhood cognition and brain health’. 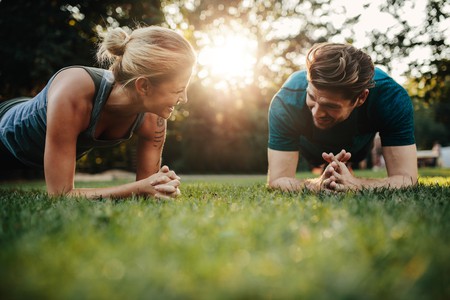 For those wanting to improve stress levels, you could do a lot worse than take up yoga, with the part of the brain (the amygdala) that processes fear, stress and anxiety, shrinking during an eight-week course of yoga, according to one study from 2010.

Often there is an emphasis placed on the performance of elderly participants, understandable given the focus on cognitive performance, and the slowing of its decline. The likes of weight training, yoga, team sports and simple aerobic training such as running or cycling, all came with the added extra of improved aerobic capacity, also. In contradiction to that is dancing, where ‘six months of dance intervention enhances postural, sensorimotor, and cognitive performance in elderly’. It, somewhat surprisingly, had no positive affect on aerobic capacity.

Finding the right exercise or sport depends on any number of factors; age, physical ability, desire, enjoyment. It also seems a little strange for someone to seek a sport and/or exercise specifically through a conscious decision to improve a certain aspect of their cognitive health. That said, knowing such benefits exist, and that there they are accessible to most is reassuring. So when I’m too old to play soccer and swim, it’s the tai chi and dance floor that’ll beckon, via a trips to the yoga studio.