What We Can Learn From The Works Of George Orwell 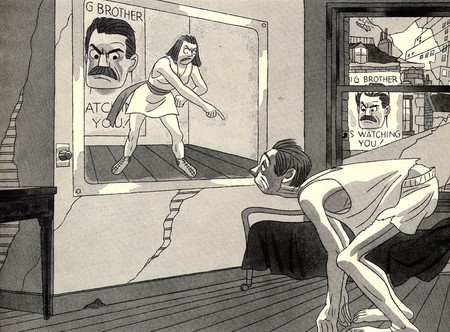 Can you imagine living your life controlled by oppressors? Of course not! George Orwell hated Imperialism and was determined to raise public awareness of the dangers of extremism and autocracy — which he did through his novels and short stories. Living in the shadow of the two world wars, Orwell wrote with a conviction bred from an insight and personal knowledge of the nightmarish atrocities committed by fascist political regimes in Italy. 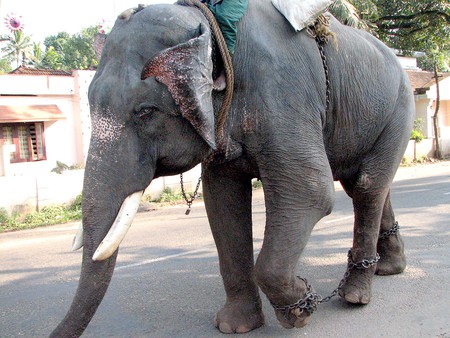 He Taught Us How To Understand The Significance Of Imperialism

Orwell was born in 1903 in India — the son of a British civil servant — which meant that he was brought up during the time of Imperialism. In his writing, Orwell openly defied and protested against colonialism when he worked as a police officer in Burma. He speaks of his ‘rage against the evil-spirited little beasts who tried to make my job impossible.’ Orwell was referring to the Burmese society — whom he described as ‘beasts’ — because he was teased and traumatized and used as a target for their hatred of Imperialism. Orwell’s objections towards Imperialism are demonstrated by his claims that he suffered much abuse from the Burmese, which he describes in saying that ‘all this was perplexing and upsetting’. This is significant as Orwell played his part in bringing an end to Imperialism, for the reason that it did not benefit the individual ‘Englishman in the East’ nor the natives.

He Taught Us How To Write Imaginatively, Interestingly and Insightfully

Today, most schools still insist on teaching George Orwell as part of their curriculum, but why is this” Perhaps it is because of Orwell’s incredible talent for writing non-fiction that teaches us to write imaginatively, interestingly and with insight. For example, Orwell’s famous story Shooting an Elephant provokes the reader’s sympathy for his horrid experience of being made to shoot an elephant. He wrote that ‘he wears a mask, and his face grows to fit it. I had got to shoot the elephant’. Orwell uses first person narrative to demonstrate the tremendous pressure he experienced and the metaphor of the ‘mask’ highlights his imaginative writing style, portraying the fact that it was against his wish to complete the task, and yet he managed to mask his fear of being intimidated by the massive Burmese crowd. This lends the reader to believe that Orwell was not a coward, but brave and courageous man who hated being bullied.

He Taught Us To Be More Assertive

Orwell’s famous Animal Farm is a must-read novel, giving the reader a magical experience as they are forced to recall childhood in listening to a ‘fairy story.’ It is written in the style of one of Aesop’s fables, and uses animals on an English farm to tell the story of the history of Soviet communism. It is a real eye-opener. The novel explores the dangers of being naïve in a working class society. You will be enchanted with the character of Boxer – a cart horse – who is depicted as one who has made a huge contribution to the prosperity of Animal Farm and the building of the windmill. But in his naïvety he trusts all the leaders – the pigs – and convinces himself to ‘work harder’ even though he’s being starved and exhausted. Read the story and find out where Boxer’s fate lies.

He Taught Us How To Resist An Autocratic Autonomy

This is the most powerful and poignant lesson Orwell has taught us in Animal Farm, and the novel will undoubtedly change your whole political viewpoint — it’s inevitable that you will think very differently after reading it. It scrutinises Joseph Stalin’s Communist Party and his cruelties and hypocrisies during his 1920 – 1947 reign. Autocratic autonomy is demonstrated in the character of Napoleon, who represents Stalin. Orwell believed that corruption lies within the leaders of government who destroy or drive away anyone who dares to think differently. For example, the character of Snowball — a parallel for Leon Trotsky — is violently chased away from the farm because he is too naïve in his attempt to spread animalism and to improve working conditions for the farm animals — this mentality proved to be despised by Napoleon so it was inevitable that Snowball had to be destroyed. This is a lesson taught to readers not to bow down to dictators.

He Warned Us Of Dystopian Society

1984 is Orwell’s ultimate novel. Read it again and again, and each time you will find a new political message. It is undoubtedly considered to be Orwell’s best-crafted work. Why” Because it deals with humanitarian issues and remains one of the most powerful warnings against the dangers of a totalitarian society. In Orwell’s mind nobody was safe, and that was a frightening fact. 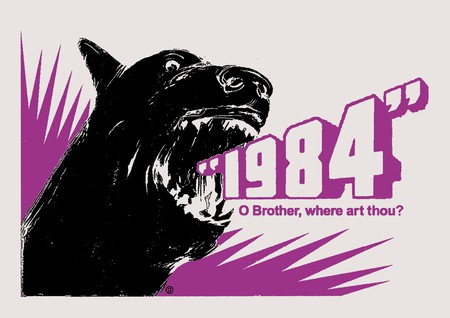 In 1984 normal people — represented by the characters of Winston and Julia — are forbidden to have sex, eat illicit foods, or commit any thoughts or feelings to writing. Imagine life without a mobile phone! Everything in a totalitarian regime is completely wiped out, even down to fundamentals of the English language. Expect ‘Big Brother’ to watch you 24/7, whether you are eating, sleeping or playing. In this world there’s no privacy, only torture.