What to Listen to This Month – Best Songs of June 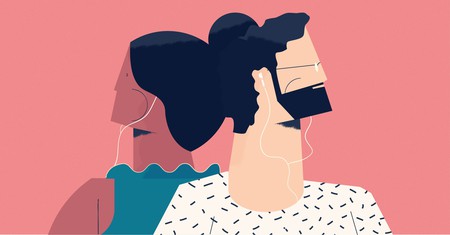 Surprise albums were the name of the game this month.

The most talked about was the one released by Beyoncé and Jay-Z as The Carters – their first as a couple – that came out while they were in London as part of their On the Run II world tour.

Their first release, ‘Apeshit’, is one of the strongest tracks from Everything Is Love, the final chapter in their trilogy about marital strife and infidelity following on from Bey’s Lemonade and Jay-Z’s 4:44.

Beyoncé takes centre stage on the song, which also features appearances from Migos’ Quavo and Offset, spitting out rhymes – and out-rapping Jay-Z – about the couple’s wealth and success in a celebration of their relationship.

Their close pal Kanye West was also getting in on the action releasing not just his own surprise album but another collaboration with Kid Cudi as hip-hop super duo Kids See Ghosts.

Ye, one of his most personal LPs, came out first and took on a range of topics, including his bipolar disorder, the #MeToo movement and Donald Trump.

While Kids See Ghosts, a psychedelic and introspective album about loneliness, is bolstered by Cudi’s charismatic flow.

US indie band Interpol also make a comeback with ‘The Rover’, a dark and punchy slice of brooding rock’n’roll that is taken from their long-awaited sixth album Marauder.

James Blake has shared his second new song this year with ‘Don’t Miss It’, a beautifully sombre collaboration with Mount Kimbie’s Dom Maker that weaves a simple piano line with minimalist beats.

Scottish singer-songwriter Kathryn Joseph, who sounds like CocoRosie mixed with lashings of dark gothic folk, debuts her new single ‘From When I Wake the Want Is’. It’s a taster of her new album of the same name, which is due out in August.

These and many more feature on our Best Songs of June playlist.

Check it out below.