What They’re Watching in the UK This Summer 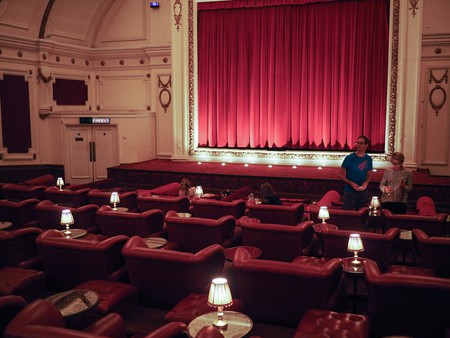 The UK always throws up a few stunning films and TV series – this summer is no different. From the fast-paced Baby Driver through to the racy Love Island, here’s what they’re watching in the United Kingdom this summer.

Edgar Wright directs this fast-paced movie, which focuses on Baby (Ansel Elgort), a young getaway driver who relies on his iPod to keep him ticking and is regularly coerced into taking part in heists organised by his unfortunate boss Doc (Kevin Spacey). Baby meets the love of his life Debora (Lily James), but faces one last heist in order to save both his life and love. The film has a pretty badass soundtrack: keep an eye out for its intricacy and clever movements in line with the music.

Christopher Nolan’s latest box office smash comes in the form of 1940s war film Dunkirk. Set during World War II, the film portrays the Dunkirk evacuation through three perspectives (land, sea and air) to convey suspense with minimal dialogue. This is epic war tale is shaping up to be the most talked about film of 2017 and it’s only been out a couple of weeks.

England Is Mine is a biographic story of Morrissey, based on the years before he formed The Smiths. Jack Lowden stars as Morrissey as the drama – with the title taken from the track ‘Still Ill’ – looks back on Morrissey’s life in the 1970s. As the film is set before the band was formed, fans will be disappointed to not hear any Smiths music, but can expect to look out for cultural references and popular music from the time.

Set in 18th-century Cornwall, Poldark is one of the latest British dramas to take the country by storm. Poldark tells the tale of Ross Poldark who returns to his Cornish copper mines following three years in the army, avoiding charges of smuggling. Upon his return, Poldark finds his former flame Elizabeth engaged to his cousin, his father dead and his estate in ruins. Now in its third series, the French revolution is occurring and Elizabeth is likely to give birth to Ross’ child…

The British love a little bit of reality TV and Love Island has been one of the most watched this summer. The concept revolves around men and women being sent to a remote holiday villa to hook up with each other without getting voted off – bear with us – and the couple that stays on the longest wins. We won’t ruin it by saying who won, but let’s just say the entire series was full of controversy.