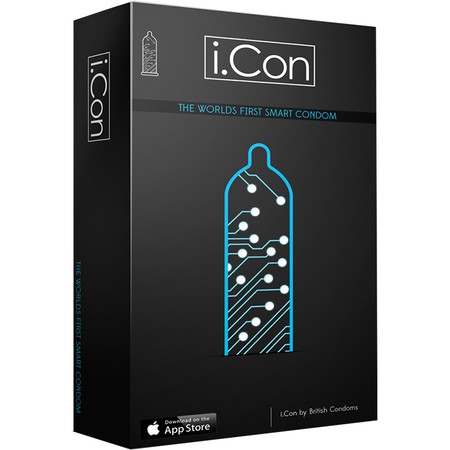 Have you ever wanted a Fitbit-like device that tracks your sexual performance? Perhaps not, but they exist anyway. One such device, a genital activity tracker called the i.Con, gives you all the data you want to know – or don’t want to know – from your sexual activities.

The i.Con is made by U.K. firm British Condoms. The ring-shaped device sits on top of your chosen prophylactic at the base of the penis and provides a select set of analytics.

The data points tracked by the ring include penis girth, average velocity of thrusts, and other more useful info such as calories burned and average skin temperature.

“Utilizing a Nano-chip and sensors, i.Con will measure and remember a number of different variables during your sessions. Once your session is completed, you will then be able to use the i.Con app to download your recent data which is paired to the device using Bluetooth technology. Once you have downloaded your data, the i.Con will automatically clear its memory making way for your next session. It’s extremely simple to use,” says the British Condoms website.

The i.Con can also be an STI indicator, but this feature is in the final stages of medical testing, and yet to be confirmed, according to Mashable, which first reported on the device. The i.Con device also reportedly has an “antibodies filter” which detects proteins and antigens found in STIs and sends an alert to your smartphone.

The device is not quite available, although it can be pre-ordered for £60 (around $73) and is expected to go on sale at some point this year.

Despite the accompanying titters and smirks that accompany the announcement of a new piece of sex tech, it can bring significant health advantages. Your average thrust speed probably isn’t a piece of information you’ll ever really need or use, but a device that can detect STIs could benefit a huge number of people.