We Nearly Had it All: the Story of Sega 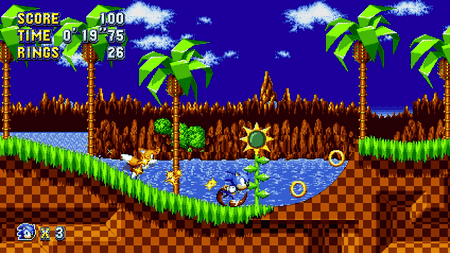 By rights, Sega should be the biggest video game company in the world. The company’s incredible history and pioneering spirit, not to mention some of the biggest intellectual properties in modern entertainment, should have ensured its market dominance for decades. Yet, while the firm is still a world leader in its field, through a combination of poor timing, mismanagement and old-fashioned bad luck, its fate was quite different. Here’s the story of Sega.

The Tokyo-based company actually coordinated one of the first great trans-pacific business partnerships following the Second World War. Its DNA can be traced back to three Americans: Martin Bromley, Irving Bromberg and James Humpert. These men established a company named Standard Games during the 1940s that provided amusement machines to US service bases. Eventually, Standard Games would morph into Service Games and specialise in the amusement arcade industry. What followed was a complex chain of sell-offs, mergers and distribution deals with Japanese businesses before Sega Enterprises emerged in the late 1960s.

One of Sega Enterprises’ first games, made in-house, was a rudimentary submarine simulator called Periscope, and it was a hit with customers in Japan before it was exported to the US and Europe (it was the first arcade game that cost 25 cents to play). Thus emboldened, Sega Enterprises went public on the stock market and set up a subsidiary in the US. 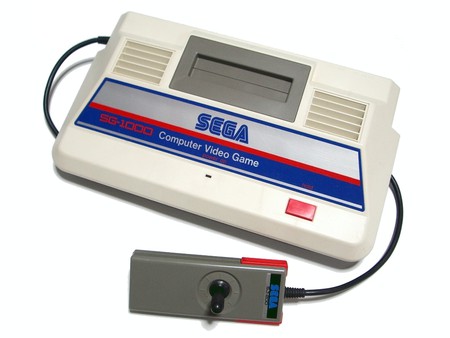 The arcade gaming boom of the early 70s worked in Sega’s favour in a huge way, and by the early 80s, it was the industry standard for arcade games that combined accessible gameplay with bleeding-edge tech. In addition to highly-polished racing simulators like Hang On and Monaco GP, it also cranked out a series of firsts: the first-ever game with isometric graphics (Zaxxon), the first-ever laserdisc game (Astron Belt) and the first-ever stereoscopic 3D game (SubRoc-3D).

All seemed well until 1983 when, faced with an over-saturation of video games (due in large part because of Atari), the market crashed. The arcade sector suffered accordingly, and faced with falling profits, Sega made its first foray into the home console market with the SG-1000, released in July 1983.

The console was not a success. The presence of the Famicom, the home console made by Kyoto-based company Nintendo, was difficult to contend with in Japan. Nevertheless, the SG-1000 would provide the building blocks for what became known in the West as the Sega Master System (Sega Mark III in Japan), released in the UK in 1987.

While the Master System was technically superior to anything Nintendo could offer at the time, and was a commercial success in Europe, it failed to gain traction in the most important markets, namely the US and Japan. The Nintendo Entertainment System (the Famicom’s Western iteration) was crushing the competition, thanks in part to Nintendo’s brutal monopoly over third parties making software for other companies. Also, Sega made the tactical error of handing distribution in the US over to the toy manufacturer Tonka, a firm with no previous experience in electronic entertainment systems. A few classics popped up on the Master System during this time, including Phantasy Star, Alex Kidd and the Wonder Boy series, but none of it was enough to dethrone the NES.

While all this was taking place, Sega had one major ace up its sleeve: Yu Suzuki. The legendary game designer provided the company with an embarrassment of riches by designing some of the most beloved arcade games of all time, all of which surfaced in arcades during the mid-80s. Titles like Space Harrier, OutRun, Super Hang-On and After Burner all asserted Sega’s arcade dominance.

In 1989, Sega took another shot at conquering the console market with its iconic Mega Drive (named Genesis in the US). It was the first 16-bit machine on the market and was vastly superior to the NES. Sega of America embarked on an aggressive ad campaign to support the device, complete with this Nintendo-baiting commercial:

The console was a hit, and for the briefest of moments, it looked as if Sega had the upper hand; but two years after the Mega Drive’s debut, Nintendo unveiled the Super Nintendo Entertainment System, effortlessly outperforming Sega yet again. The company retaliated by unleashing its very own mascot, designed to showcase a game that it hoped would carry the Genesis console to even greater heights. Sonic the Hedgehog debuted in 1991 to huge sales and massive acclaim. In the process, Sega was given a brief window where it was on top in the console wars.

Around this time, Sega also put out its answer to the phenomenally popular Game Boy in the form of Game Gear. Again, it was technically superior to the competition, but suffered from dreadful battery life and a lack of must-have titles.

By the mid-90s, Sega was still a major player in the arcade industry, but was struggling to keep up with Sony, which had unleashed its epochal PlayStation, a console that changed the video gaming landscape in one fell swoop. Sega’s competing gadget was the 32-bit Saturn, which had some great games and got a decent start in Japan, but was simply no match for the might of Sony.

Matters were made worse by a schism between Sega of Japan and its American counterpart, as both entities devised conflicting business strategies and questionable sales tactics like establishing a much higher price point than PlayStation and announcing a surprise release without informing retailers properly first. These tactics were risked in an effort to make the Saturn a hit, but to no avail. Sega discontinued the console four years after its 1994 debut.

By 1998 Sega’s decline in the console market was well underway, but it made one last-ditch attempt to stay in the market with a machine that has been regarded by some as the greatest console ever made. The Sega Dreamcast had plenty going for it when it launched in 1998: state-of-the-art internal makeup; a wide array of innovative, market-disrupting games; fantastic arcade ports and even online support. Its launch was successful, but a few years later, the PlayStation 2 debuted and promptly devoured the globe. Sega had limited third party support and its executives still had difficulty staying on the same page, decision-wise. The company’s momentum was spent. The Dreamcast was Sega’s last console, but what a blaze of glory it went out in. It also went on to have a fascinating afterlife. Even to this day, DIY developers are still making games for the console.

Sega eventually announced its departure from the console market and threw its weight behind making arcade games while developing and publishing titles for other consoles and smart devices. Today, it is maintaining healthy business in both sectors, and its early consoles and IP are still remembered fondly, as demonstrated by the recent Sega Ages event in Tokyo. As a cherry on top, its recent announcement of the MegaDrive Mini release was warmly received by fans and the gaming press.