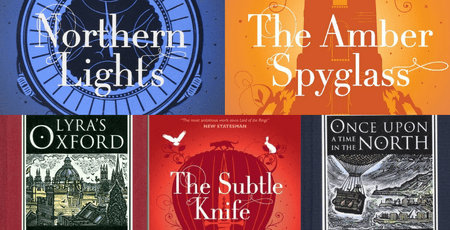 Covers from the "His Dark Materials" trilogy and accompanying short works "Lyra's Oxford" and "Once Upon a Time in the North" | Courtesy of Scholastic, Corgi Childrens and David Fickling Books

Forget Harry Potter’s 20th anniversary, the greatest event in young adult fiction this year is the grand return of His Dark Materials. Author Philip Pullman will publish this October the first book in a new trilogy entitled The Book of Dust, set in the same world as the original works. 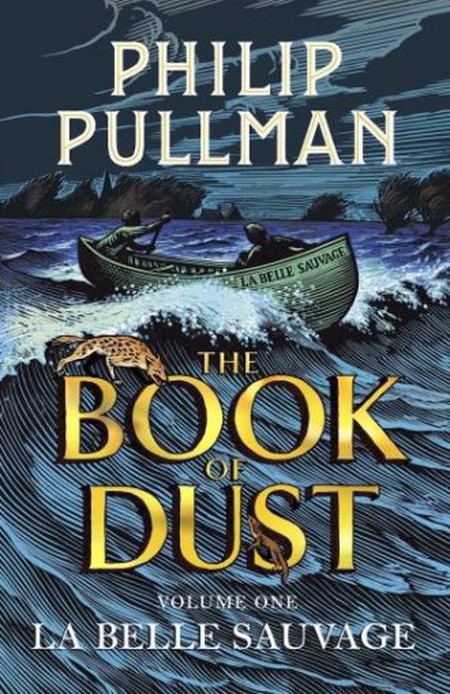 Published between 1995 and 2000, the original trilogy (comprised of novels Northern Lights, The Subtle Knife, and The Amber Spyglass) has since become a worldwide success—particularly in its native United Kingdom, where it regularly beats out the Harry Potter series in popularity rankings.

Mixing, as the best young adult fiction does, a coming-of-age story with fantastical elements (in this case: soul-animals, witches, armored bears, angels, and a fundamentalist dystopia), His Dark Materials is unique in its ability to tackle larger, and wholly serious, themes. With a large part of the story retelling John Milton’s Paradise Lost among its own characters, the series grapples with the concept of free will, using an invented particle (Dust) to explain consciousness and portraying religion—and the very character of god—as despotic.

After announcing the new books earlier this year, Pullman revealed a few more details (including the cover art, illustrated by Chris Wormell) this week. We now know that the first novel, coming out October 19, will be called La Belle Sauvage and is set 10 years before His Dark Materials. Whereas the next two will take place 20 years after the end of The Amber Spyglass. All will once again feature heroine Lyra Belacqua and her dæmon (remember the soul-animals we mentioned in the paragraph above?) Pantalaimon.

In a Q&A with Entertainment Weekly, Philip Pullman said that it was the right time to return to his creation: “I’ve been thinking about Lyra and her world, and the implication of Dust and dæmons, for 20 years. And my understanding of life, and of the stories, and of what it feels like to be alive, has been developing too. There seemed to be another story waiting to be told, and the more I thought about it, the more it demanded that I listen and pay attention and think it though properly. … The world has not become any nicer and more tolerant in those 20 years, and that’s part of the story too.”

Fans will be pleased to know that Jack Thorne and the BBC are currently busy turning His Dark Materials into a television series, with release date at some point in the future.