Unusual Things to Do in Portsmouth

Boat off the coast of Portsmouth, UK | © ANDREW ROSU / Shutterstock
A vibrant waterside city on the south-east coast of England, Portsmouth is a place of contrast, character and quirk. Not all about candy floss and catamarans, this maritime metropolis boasts over 60 miles (97 kilometres) of coastline, a string of Roman fortifications, and no end of antique and bohemian boutiques. Here, we peel back the layers to reveal a more local side of the city.

There are vintage vibrations at Portsmouth’s core. Draping its streets in the past, retro retailers are set up in Southsea – the southernmost tip of the town. From old fireplaces, fishing tackle, and boating accessories, to statues, toys, and enamel signs, every corner of Parmiters Antiques tells a story. Otherwise opt for Dress Code where everything ‘alternative and sub cultural’ is all sewn up. Try Vintage at 97 for inimitable designs. Railing against the ordinary, this independent charity shop on Elm Grove emboldens disabled and disadvantaged young people to make their mark on fashion.

Viviers Fish Market brings the colourful hues of the coast to its counter. As well as landing fresh fish and shellfish for the public and trade, this seafood sensation situated on the Camber Quay also provides the perfect place to sample Portsmouth’s produce. First casting its net in 1985, the enterprise has since branched out to London’s famous Billingsgate Fish Market. Though the scale of catches depends on the season, the market’s team of expert fisherman offer crabs, lobsters, oysters, clams, and scallops most days. Specialities include fresh fish kebabs and lobster, or crab cooked there and then. 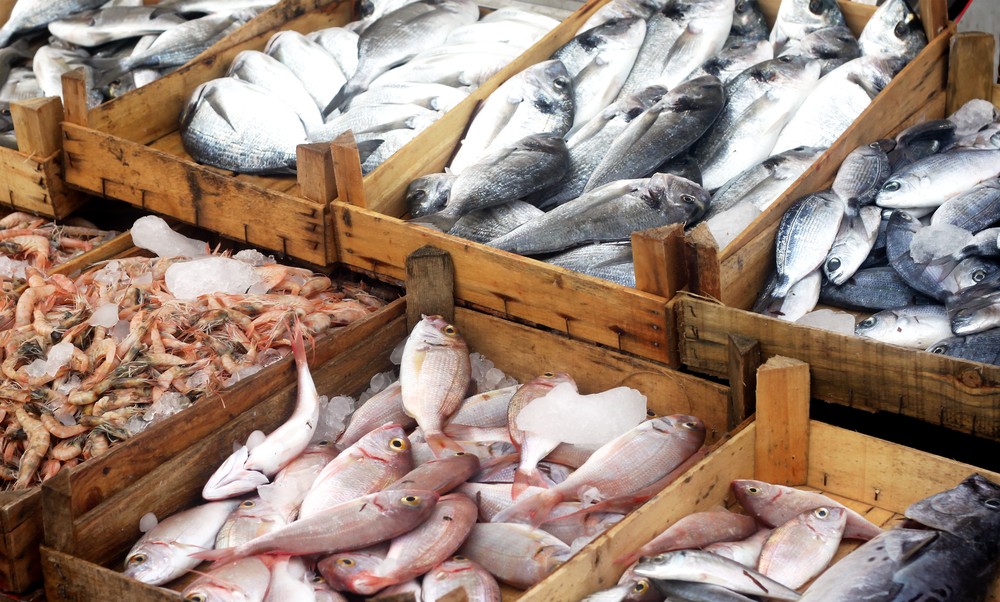 Southsea Beach may be the obvious choice for tourists, but the rugged stretch in the east of Portsmouth deserves your attention. Eastney Beach, used by naturists and non-naturists alike, is sprawled across the undeveloped area of the seafront, and has stunning views of the Solent and Isle of Wight. For five miles (eight kilometres) of unspoilt coastline, Eastoke Beach on nearby Hayling Island is only a short boat trip away. This steep shingled strand, wrinkled with timber barriers, has blue-flag status and makes for the ultimate escape from the crowds. 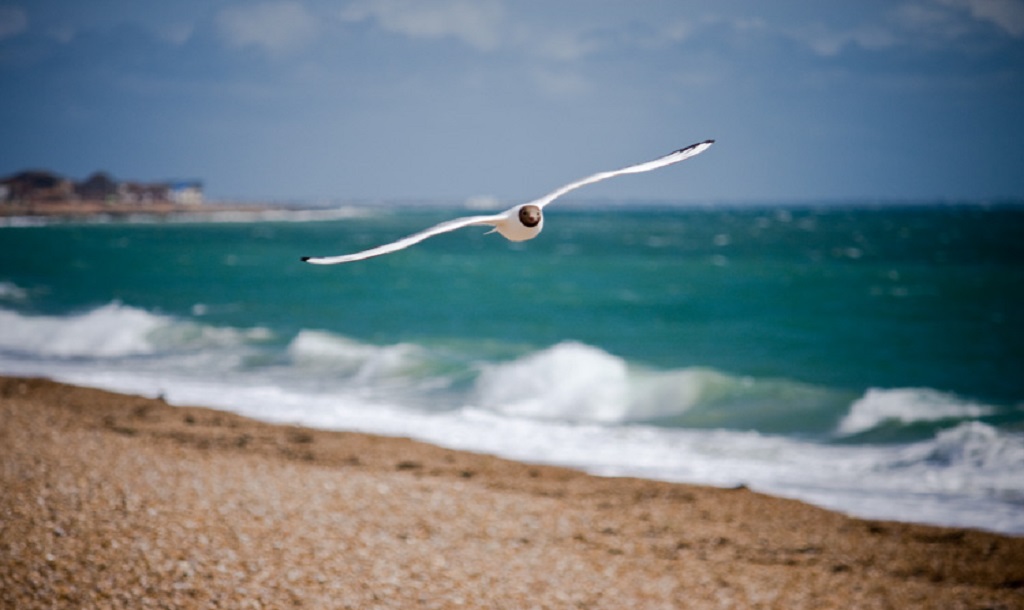 Flourishing on Victorian fortifications, Southsea Rose Garden (or Lumps Fort) sits in parallel with Portsmouth’s esplanade. What was once a semaphore station for covert communication is now a lush, scented green space away from the dust and din. With overflowing borders and rose-clad pergolas, this local secret serves as an ideal spot for lunch. Not only capturing the fragrance of up to 40 varieties of roses, this garden’s high-reaching walls also guard against the elements. And with the mild oceanic climate of Portsmouth, these deep-rooted perennials thrive in summer months. 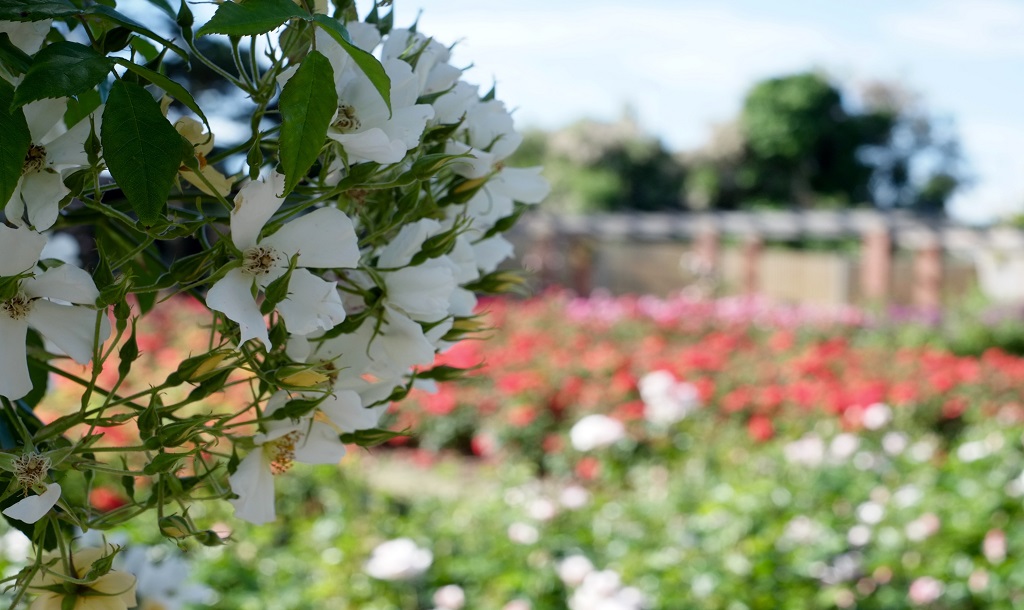 For a peerless perspective of the city, make your way up Portsdown Hill. This 430 ft (131 metre) chalk ridge overlooking Portsmouth and beyond affords the widest aspect ratio of the skyline. As well as great views, this Hampshire peak attracts such birds as yellowhammers, whitethroats, and peregrine falcons to name but a few. Creating a superlative setting for wildlife photography, its pathways weave in and out of wild flower meadows and wildlife-rich habitats so the public can get up close and personal with nature. Be sure to wrap up to bear the prevailing south-westerly winds. 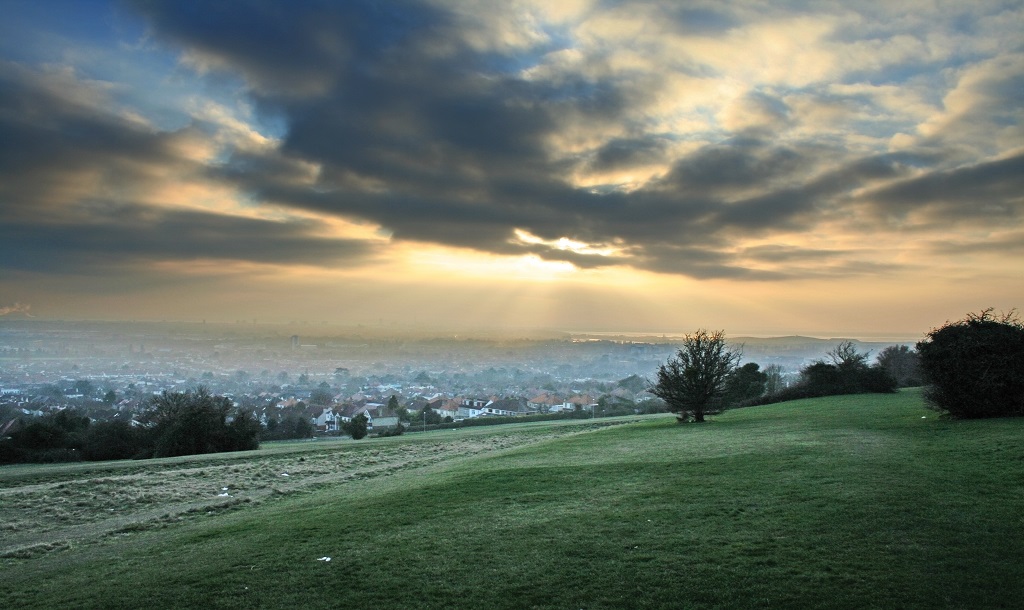