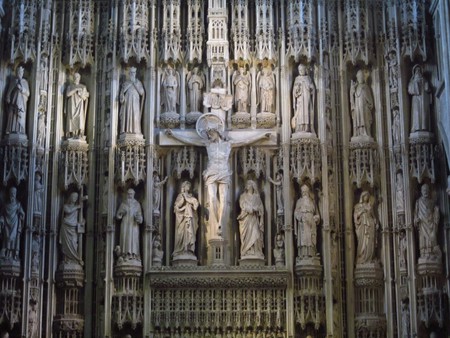 Buried in the heart of Medieval Verulamium’s Fishpool Street is one of the jewels in the crown of St Albans: the ideal hotel for history lovers. When St Michael’s Manor Hotel opened over 50 years ago, it provided visitors with an inn from which they could explore 40ha (100 acres) of parkland. Guests could roam around medieval history in the town before returning to its peaceful surroundings of 2ha (5 acres) of magnificent gardens. Here, Culture Trip explores St Michael’s Manor and why it’s absolutely perfect for history enthusiasts.

Looking back: the story

The Manor House (as it was then known) was built by the well-respected John Gape in the 16th century. It is believed to have been erected on Medieval foundations, and retains artefacts that can be traced back as far as the 11th century. The descendants of Gape’s family owned the manor until it was sold to the present owners, the Newling Ward family. It’s neatly nestled among the 70 listed buildings, old inns and mills of St Michael’s district in Fishpool Street. Although the Manor House was never intended to be a hotel, the Newling Wards took its original features into careful consideration. Particularly careful to keep its Medieval heritage alive, they kept the original floor and path in the cellar, and the oak-panelled ceiling in the lounge.

Looking in: the decor

The English heritage of the Gape’s family subtly permeates throughout St Michael’s Manor’s decor and furniture. The beautiful lounge, traditionally used for afternoon tea, has kept its informal and homely atmosphere. The design of the patio doors is a nod to Gape’s past, opening onto the original gardens and Fishpool Street, inviting people from outside to gather and talk about the hotel’s fascinating history.

Guests will be struck by the hotel’s passion for restoring, renovating and improving the hotel and its gardens. Contemporary, bespoke bedroom furniture – in 30 individually styled rooms – unites the past and present, encouraging guests to reflect on their surroundings. A development of six further bedrooms in the Garden Wing open up onto the vast garden space, offering guests a a truly beautiful view.

Looking out: the cultural links

The original Medieval structure was designed to give occupants easy access to the St Albans Abbey – when it was a meeting place for churchmen and nobles – so it’s an ideal spot for guests hoping to explore the historic town and world famous Abbey Cathedral, which dominates the city’s skyline from every angle. The Abbey’s architecture (a must-see) is a blend of many different periods, and its great tower includes Roman bricks salvaged from the ruins of Verulamium. It is best known for the shrine of St Alban, Britain’s first Christian saint, which continues to attract pilgrims from around the world.

Looking ahead: the future

With an ample supply of international tourists, St Michael’s Manor is ready to embark on the second half of its centenary and continue to preserve its Medieval artistic status. The hotel looks forward to receiving visitors for the much celebrated St Albans’ annual June festival – a spectacular pilgrimage procession where giant puppets retell the story of Alban’s martyrdom and trial before he was executed.