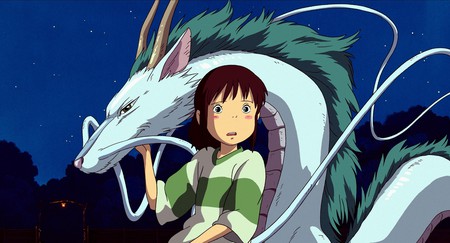 Since cinema began, watching a fantasy film has been utilised as an escape from the ordinary, initiating a journey into an imaginary world of the weird and wonderful… and the quirkier the better! ‘Quirky’ is something, or someone, that is characterised by their peculiar traits; a definition that certainly applies to these directors and their range of bizarre works, which are perfect to watch for an adventure this Halloween, and all year round.

For those that want creepy: Guillermo del Toro

Mexican born novelist, screenwriter, producer, and film director Guillermo del Toro Gómez isn’t just known for blockbusters such as Hellboy (2004) and Pacific Rim (2013). He has also produced a great number of dark fantasy films, with the most famous of these being the fantastically creepy Pan’s Labyrinth (2006); a movie branded by Rotten Tomatoes critics as ‘Alice in Wonderland for grown-ups.’

Other films directed and/or produced by del Toro that are fitting to watch this Halloween include Cronos (1994), Born (2009), and Julia’s Eyes (2010). However, his most recent film may just be his most brilliant. Crimson Peak (2015) tells the tale of young writer Edith (Mia Wasikowska) and her discovery of the dark secrets that her new seductive husband (Tom Hiddleston) and his mysterious sister (Jessica Chastain) are hiding. This film falls into the category of Gothic Horror thanks to its tense and unnerving atmosphere, together with the scenes of bloody violence at its climax that would keep even Tarantino fans happy. But, by far its best selling point is the fact that it is a visual masterpiece. Every scene is full of extravagant sets, striking colours, and beautifully Gothic costumes. Definitely a must-watch for those in need of an aesthetically stunning visual feast. 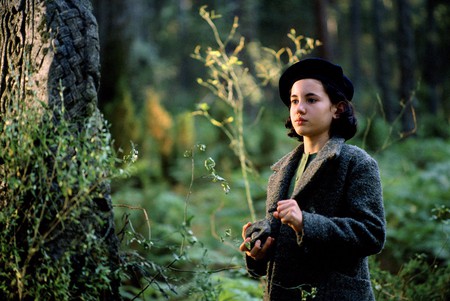 For those that want magical: Hayao Miyazaki

If you’re fed up of tricks, and you would rather a treat, escape to a magical universe with Hayao Miyazaki; creator of some of the most beautifully illustrated films of all time, and founder of the creative powerhouse Studio Ghibli, where the childish wonder and joy of Disney movies meet that delightful quirkiness that Japanese culture is known for. It is extremely difficult to rank Miyazaki’s films, as each is unique yet identically captivating. Watch Kiki’s Delivery Service (1989), for a light-hearted trip with Kiki, the 13-year-old witch in training, off on her first big adventure.

For creative inspiration, watch the exquisitely animated, Howl’s Moving Castle (2005), a touching story of young girl and her quest to lift the curse that was placed on her. And, for a fantastical escape to an gorgeous imaginary world, dreamers will be enchanted by Spirited Away (2001), which follows little Chihiro on a surreal journey to rescue her parents after they discover an abandoned theme park, and is an example of just how awesomely talented Miyazaki is at his craft. 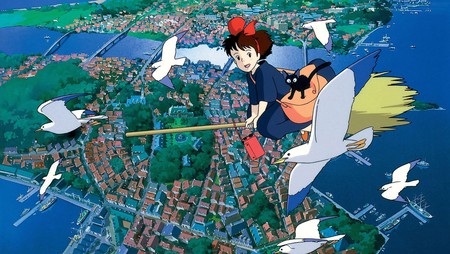 For those that want controversy: Pedro Almodóvar

Critically acclaimed Spanish director, producer, and screenwriter Pedro Almodóvar is internationally recognised for his award-winning works. His 2002 drama Talk to Her, which addresses complicated themes such as intimacy, loneliness, and love beyond loss, won him both the Golden Globe for Best Foreign Language Film, and an Oscar for Best Original Screenplay.

For a family drama, tragedy, comedy, and ghost story all rolled into one, Volver (2006) is a must-see. Starring Penélope Cruz as working-class mother Raimunda, it portrays a family of strong female characters from Almodóvar’s home region of La Mancha. With this film containing all kinds of controversial topics, from sexual abuse and murder to family members coming back from the dead, it is sure to keep anyone interested. Not to mention, Volver features Almodóvar’s signature traits such as his vibrant use of colour and meticulous attention to detail, making it beautiful to watch.

However, The Skin I Live in (2011) is arguably Almodóvar’s most controversial work yet. It tells the creepy, bizarre, and wonderfully disturbing tale of plastic surgeon that has been endeavouring to create a new, synthetic skin ever since his wife was burned and died in a car crash. After twelve years of research, all he needs now is a human guinea pig… Almodóvar himself has described The Skin I Live in as ‘a horror film without screams or frights‘, perfect for those that enjoy a psychological thriller.

For those that want family fun: Barry Sonnenfeld

If you’re not into scaring yourself silly, but you’re up for a good laugh instead, a bit of Barry Sonnenfeld is what you need. This North American filmmaker has collaborated with many well-known actors, such as Will Smith, Danny DeVito, and John Travolta; and has brought us a whole lot of fun-filled films, such as Enchanted (2007), both an homage to, and self-parody of, Disney’s animated features, and Big (1988) starring Tom Hanks as the loveable Josh Baskin, who wants nothing more than to be a grown-up.

For something perfectly suited to a family friendly Halloween, spend the evening with the mysterious but loveable Addams Family (1991) or join these kooky characters on their next adventure in the sequel, Addams Family Values (1993). If sci-fi is more your thing, you can’t go wrong with Sonnenfeld’s hilarious Men in Black Trilogy.

For those that want Halloween classics: Tim Burton

And, last but not least, what fantasy film list could leave out the king of quirky Gothic films: Tim Burton? The list of Halloween classics directed or produced by this man is endless! Burton has created a plethora of charmingly creepy, animated fantasy films that are perfect to watch this October 31st, such as Corpse Bride (2005), Frankenweenie (2012) and the classic ‘is it a Halloween film? Is it a Christmas film?’ conundrum that is The Nightmare before Christmas (1993).

Other appropriate films are 2012 horror comedy film Dark Shadows, about 200-year old vampire Barnabas Collins, portrayed by one of Tim Burton’s favourite actors; Johnny Depp. For a bloodier and more musical type of horror film, go for Sweeney Todd: The Demon Barber of Fleet Street (2007). We all know this story, which is adapted from Sondheim and Wheeler’s 1979 musical of the same name. And, who plays this deranged English barber who murders his customers with a razor, only for them to become the meat inside Mrs. Lovett’s (Helena Bonham Carter’s) pies? Why, Johnny Depp of course!

Other unforgettable Tim Burton films include Beetlejuice (1988) and Edward Scissorhands (1990), both of which have the trademark Gothic quirkiness that makes his films so fitting for this season and perfectly re-watchable time and time again. 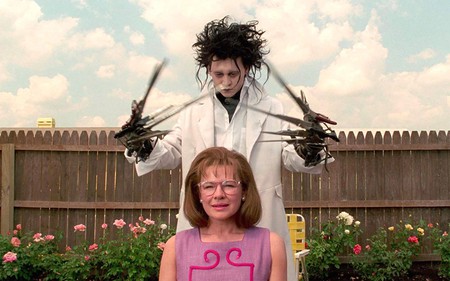