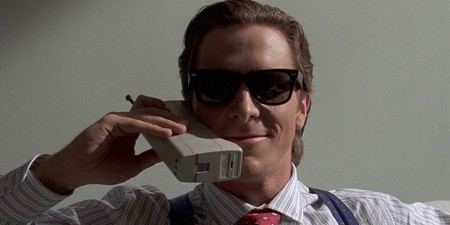 Often defined as a protagonist who lacks the traits which characterize a ‘hero’, and yet still evokes sympathy and affection, the ‘anti-hero’ has long been a popular trope for film and literature. Ranging from philanderers such as Valmont and Bond, to the ennui-filled characters of Gregor Samsa, Dean Moriarty, and Meursault, the anti-hero has spanned genres, countries and centuries. We take a look at ten of our favorite anti-heroes whom we love to hate. 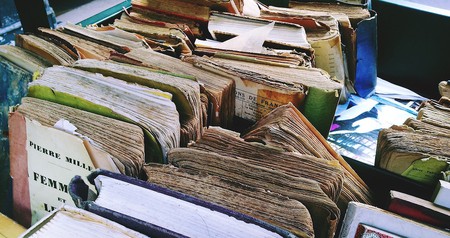 Alex from A Clockwork Orange

A thoroughly despicable character throughout most of A Clockwork Orange, you feel a certain sense of vindication once Alex, guilty of an assortment of distasteful crimes, is eventually caught by the police. It is Burgess’ skill as an author that changes this satisfaction to horror when Alex is treated with the ‘Ludovico technique’ — aversion therapy that removes his agency and almost costs him his life. Even with his reprehensible behavior, Alex serves as a vital reminder to everyone, the government and individual alike, that regardless of the context or crime, free will should never be taken away. 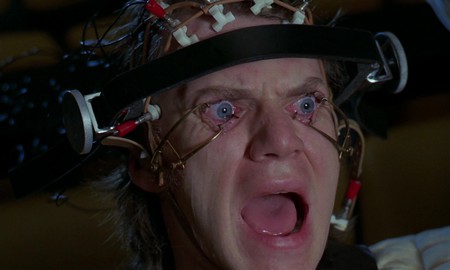 Beautiful, charming, and clever, Becky Sharp has been born with it all — except wealth. With her poverty acting as a constant lodestone in a society that prioritizes social status above all, Becky manipulates her way to the top — ruthlessly disposing of all who obstruct her; this may make her Literature’s most unlikely (and potentially most unscrupulous) ‘heroine’. But you cannot help but feel frustrated on her behalf as she cynically navigates her way through a hypocritical, misogynistic and classist society, thus, becoming the perfect tool to expose and ridicule the corruptions of contemporary society. 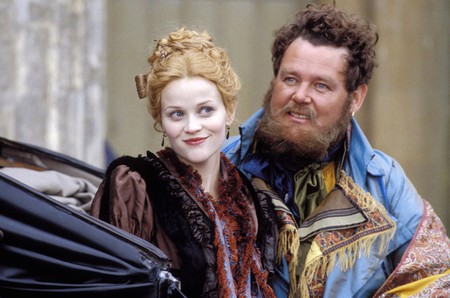 The protagonist of Iain Banks’ explosive and controversial debut novel, Frank provides you with an overview of his everyday life, including his shamanistic observances involving ritualistic violence; this includes ‘the Wasp Factory’ of the title, an elaborately constructed wasp death-trap mechanism used for quasi-divination by Frank. In the course of the narrative, he casually relates the methods through which he murdered three children before the age of ten, offhandedly telling you that the last victim was killed ‘more or less on a whim’. Resentful against women, isolated and neglected, Frank evokes compassion as much as he does disgust. 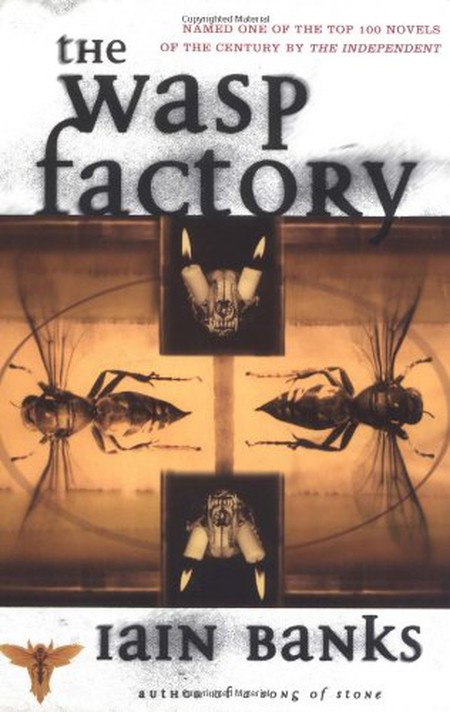 The central protagonist and narrator in most of Anne Rice’s acclaimed The Vampire Chronicles, Lestat is a 250-year-old vampire who is in equal parts monstrous and altruistic. Known affectionately as ‘The Brat Prince’ due to his combination of daring, zeal, and rebelliousness, Lestat’s vanity and ruthlessness are balanced out by his philosophical bent and surprising sense of duty towards his nearest and dearest. On occasions selfish, often cruel, and almost always defiant, Lestat is essentially a fun-loving free spirit (with a ruthless streak) who is both infuriating and loveable, making him an ever-intriguing study for his audience. 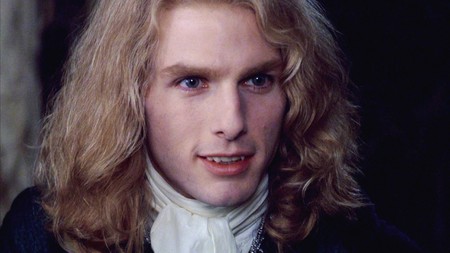 In every way a terrible individual, in the way that he continually commits inexplicable and inexcusable crimes in the course of American Psycho, Bateman is the ultimate American yuppie: self-absorbed, vain, selfish, cruel and shallow. Yet, you can’t help but feel sympathy for him, since, despite all his material advantages, he is tortured by feelings of inadequacy and self-loathing, often suffering from episodes of depersonalization. It is his occasional self-awareness and the doubts he has about himself and his vapid lifestyle that pushes him towards crime, and this makes him as much an object of pity as of revulsion. 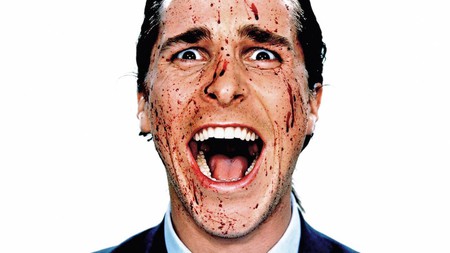 A seething combination of angst, bitterness, and irreconcilable contradictions, 17-year-old Pinkie is surprising and frightening through the contrast of his youth and single-minded savagery. Both a devout Roman Catholic and an irreverent lawbreaker, fiercely loyal and heartlessly calculating, equally fascinated and repelled by human and sexual relations — Pinkie is the archetypal teenage sociopath, using and abusing the people around him for his own selfish purposes. Nevertheless, it is his blend of cruelty with occasional tenderness, and his almost obsessive thoughts about Hell and God that makes him one of Greene’s most terrifyingly human and inhuman literary creations. 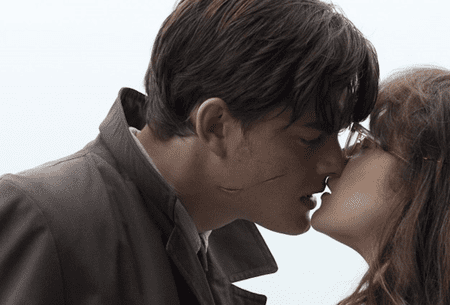 Libertine, reprobate, and the prototypical ‘rake’, Lovelace played to perfection the role of the immoral villain, acting as a foil to Clarissa’s irreproachable virtue. A hedonist used to having his every desire gratified instantly, there was little Lovelace did not do in his increasingly desperate attempts to seduce Clarissa. Though this is so, the sensitivity and skill with which Samuel Richardson depicted Lovelace ensured that posterity, although irate at Lovelace for his indefensible treatment of Clarissa, is still sympathetic towards him as he pushes himself onto the path of self-destruction through his obstinate persistence and unassuageable obsession.

Potentially the most conflicted and likeable of all the anti-heroes listed here, Raskolnikov is a poverty-stricken ex-student who, motivated by his dire straits and ‘Great Man’ theory (where the ‘Extraordinary’ have the right to eliminate the ‘Ordinary’ for the Greater Good), murders his pawnbroker. Both devoted to his family and utterly disdainful of his ‘intellectual inferiors’, vacillating between apathy and altruism, alternately defiant in the face of his crime, and crippled with guilt at the sheer enormity of his crime — Raskolnikov’s behavior becomes ever more erratic in public, eventually driving him to mental and physical breakdown.

Scarlett O’Hara from Gone With The Wind

Spoilt, vain, wilful and impetuous in character, even so, you can do little else but admire Scarlett as she survives when her whole world collapses around her through strife. Though she uses every possible questionable trick she can in her quest for financial security and material gain, it is difficult not to empathise with her anxiety at the prospect of destitution and homelessness. Furthermore, though she does make a pretence of ignorance in polite society, her intelligence clearly manifests itself, and her exasperation at the necessity for the pretence makes her a refreshing, albeit atypical, heroine. 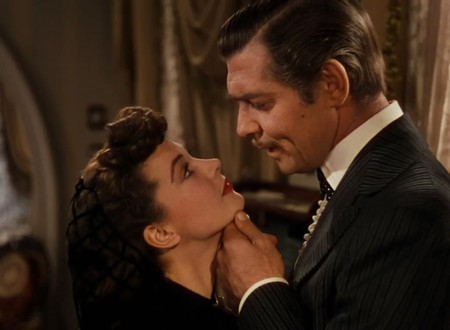 Woland from The Master and Margarita

A mysterious presence throughout Bulgakov’s masterpiece, Woland poses as a foreign professor newly arrived in Moscow. It is revealed, however, that Woland is actually the Devil come to wreak havoc — with his large retinue of bizarre creatures (including a gigantic gun-toting cat called Behemoth) — on the zealously atheistic USSR, leaving a trail of chaos and dead bodies in his wake. Notwithstanding his casual attitude to killing and harming others, you will be helplessly drawn to Woland’s charm and cool unflappability, and he serves as a timely reminder to everyone how banal, unpredictable, and random Evil and Misfortune can be.