A Beginner's Guide to Dystopian Literature from Totalitarianism to Terrifying Times 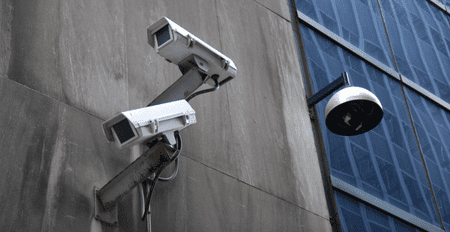 With the upsurge of Young Adult fiction using dystopian universes as a device through which to critique the issues of modern society, the dystopian novel has never been more popular or relevant. Be they didactic, cautionary, satirical, or experimental, this genre has so many variations and innovations that it merits in-depth exploration. We take a look at 10 of the greatest dystopian novels which are essential staples for any reader!

Flag of the Republic of Gilead from The Handmaid's Tale. | © Voldemort/Wikicommons

One of many works by the prolific and influential Atwood discussing alternative dystopian universes, The Handmaid’s Tale is by far her most celebrated and innovative. Winner of the 1986 Booker Prize, the story narrates the experiences of the handmaid Offred in the theocratic military dictatorship of Gilead. Describing a world in which all interactions are strictly vetted and regulated, and in which individuals are strictly segregated into their separate roles within the society (the ‘handmaids’ sole role being to procreate and give birth to the next generation), it is an important and valuable discourse on caste, gender, and individuality. 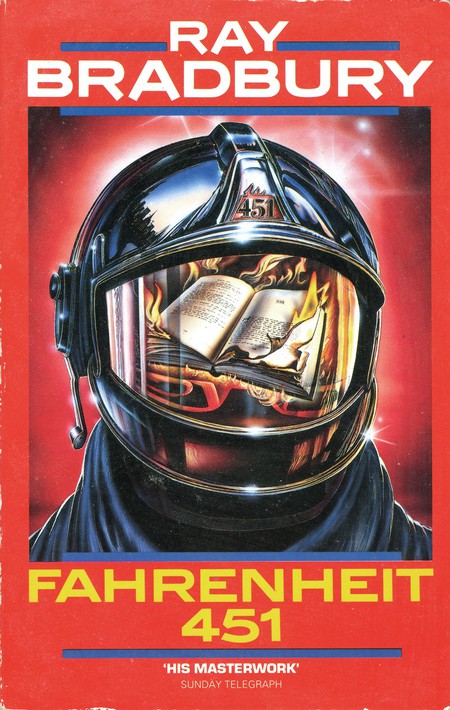 Regarded as Bradbury’s most influential work, Fahrenheit 451 is an eloquently written novel capturing his concern about the possibility of book-burning culture and censorship during the McCarthy Era. Takings its name from the purported auto-ignition temperature of paper, Fahrenheit 451 is set in a futuristic society where books are outlawed, and ‘firemen’ are employed to burn any found and punish those secreting the books. Focusing on the fireman Guy Montag, who is conflicted through his lingering societal loyalty and his desire for independence, Fahrenheit 451 is a ever-relevant study of the meaning of free speech, public happiness, and censorship. 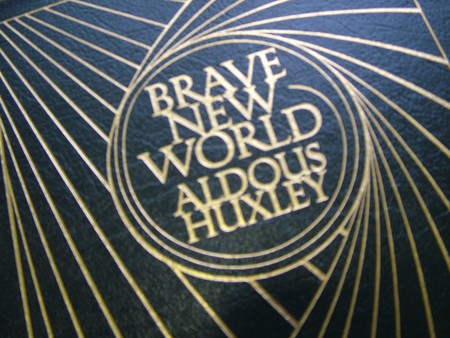 Considered by posterity as one of the best fictional works of the 20th century, Huxley presents a world in which the population is permanently limited by the governing party. Natural reproduction, individual thought, and independent agency have been abolished in order to accommodate this world vision, and replaced with controlled embryo harvestings, a deeply-entrenched caste system reinforced by hypnopaedia, and an active ban on critical thinking. Describing the consequences of when such a world is confronted by an aberration of society – a naturally conceived child – Brave New World is a devastating examination of the evils of totalitarian government. 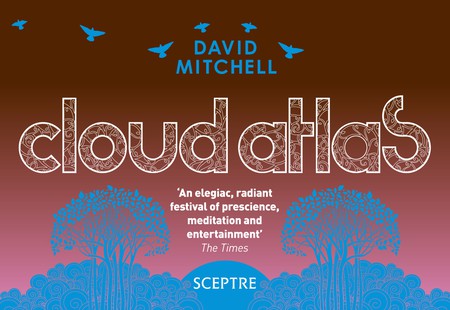 Shortlisted for the 2004 Man Booker Prize, Cloud Atlas is an original and very innovative masterpiece by a virtuoso in multiple narratives. Using the technique of Chinese boxes narratives to recount six separate stories, it soon becomes clear that each story is, despite its apparent randomness, intrinsically linked to one another in a complicated web of reincarnation. Setting two of the narratives in futuristic dystopias (one of which has indulged in excessive consumerism to the point of quasi-cannibalism), Mitchell uses his entire story arc to caution reader of the dangers of consumerism and greed with great flair. 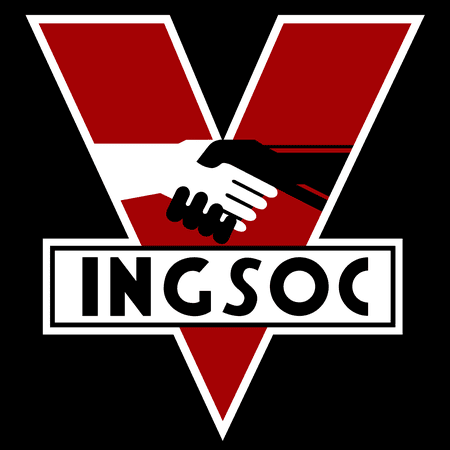 This is the Ingsoc logo based on Orwell's 1984 (not described in the book itself, though seen in the 1984 film adaptation). | © Nirwrath 2013/Wikicommons

Probably the most famous of the dystopian novels listed here, 1984 has had such a profound impact on contemporary culture that several catchphrases from the novel have filtered into our everyday lexicon, including ‘Room 101’, and ‘Big Brother’. Set in an environment constantly under the pressures of perpetual war, omnipresent government scrutiny and public brainwashing, Winston Smith serves as a protagonist who dares to rebel by falling in love, and is eventually broken by the very society he tried to react against. Investigating the concepts of memory manipulation, nationalism and surveillance, 1984 is both bleak and sobering mandatory reading. 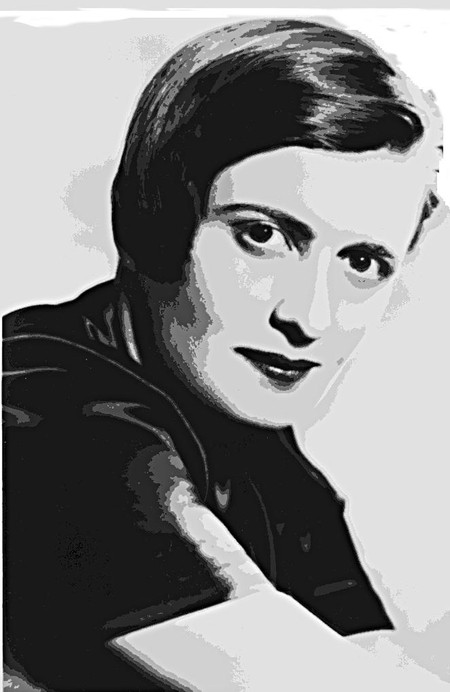 Written as an expression of Rand’s ardent opposition to the Soviet Communist regime, Anthem is a novella emphatically articulating the perils of sameness and intellectual stymie, told from the point-of-view of Equality 7-2521, a nameless and identity-less Street Sweeper with a burning passion to learn. Ruthlessly suppressed by the society’s injunction against individuality, preference, and unregulated thinking, Equality 7-2521 eventually breaks from society’s bonds, asserting himself and taking charge of his fate. Striking for the consistent use of the pronoun ‘we’ throughout the narrative (‘I’ has been forbidden), Anthem is an eloquent endorsement of knowledge, scientific advancement, and individuality. 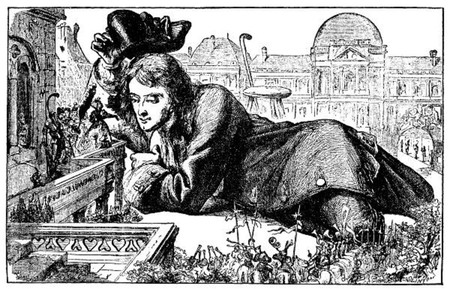 Gulliver’s Travels is a slight exception to the futuristic sci-fi dystopian novels on this list, as it portrays our current society as the dystopia to be remedied! Using the genre of ‘the traveller’s tale’ (as popularised by Robinson Crusoe), Swift tells of the tribulations of Gulliver as he, through shipwrecks and mishaps, finds himself in several different countries – including Lilliput, Brobdingnag and Laputa. Using each different country as a tool through which Swift can criticise the problems of contemporary society, Gulliver’s Travels is a wonderful evaluation of the fundamental nature of man and problems of corruption, religion, and modern mores. 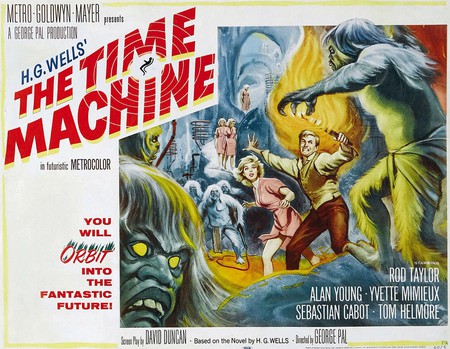 Known as a precedent of steampunk and hailed for its vision, The Time Machine is also a moral critique. Showing the progression of the ‘Time Traveller’ when he builds a time-travelling contraption, the novel then leaps to AD 802,701, where humankind has evolved in unexpected ways. Split between the Eloi, fragile creatures completely devoid of any survival instincts, and their troglodyte counterparts, the Morlocks, The Time Traveller attempts to navigate his way across this alien landscape, eventually realising the terrible future that humanity faces unless there is a seismic change. Ground-breaking and fascinating, The Time Machine is a must-read! 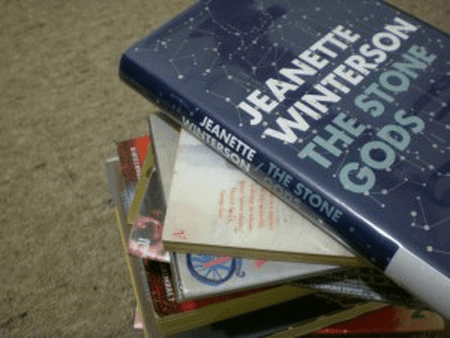 The Stone Gods by Jeanette Winterson

A chilling exploration of a world which has pushed the boundaries of technology too far, The Stone Gods is a post-apocalyptic cautionary tale written with sensitivity and poetic skill. The tale follows two plot threads – the development of Billie and Spike’s relationship, as well as the discovery of a habitable new planet, which may provide the solution to a global crisis. Both a warning for the future and a scathing critique of the past, Winterson synthesises themes of dehumanisation, corporate government control, and environmental destruction to create a haunting vision of a world which has consumed itself through abuse. 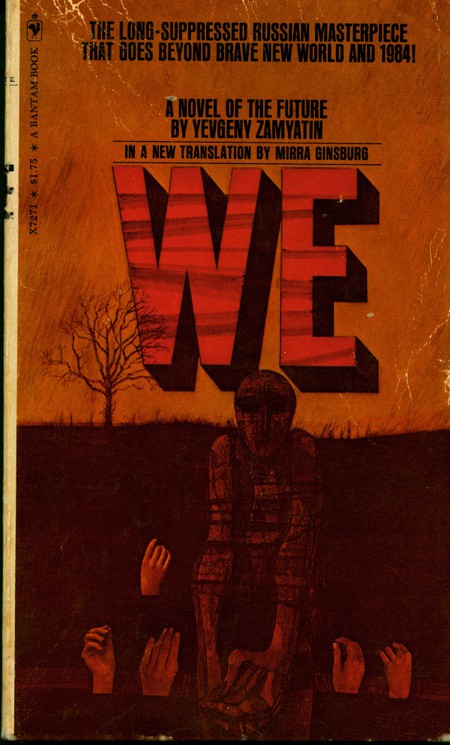 We by Yevgeny Zamyatin

We, along with Jack London’s The Iron Heel, is often considered to be the forerunner of the satirical futuristic dystopia genre. Set in a world (the One State) almost entirely constructed from glass, this futuristic universe has been deliberately designed to facilitate government policing and supervision of public activity (rather like a Panopticon prison). Within it, the protagonist (‘D-503’) struggles with individual desires, personal freedoms, and identity as the plot unfolds and rebelliousness grows. Peppered with Biblical references and thinly-veiled references, We is a chilling indictment against the totalitarian regime under which Zamyatin suffered on many occasions.