If you haven’t heard of Ella Mills, where have you been? Here’s the low-down: after being diagnosed with postural tachycardia syndrome, Ella underwent a complete lifestyle change and now focusses solely on eating and creating whole plant-based foods. On Deliciously Ella, she features incredibly healthy versions of typically unhealthy dishes. She also has an app, six bestselling cookbooks and a cafe in Central London. 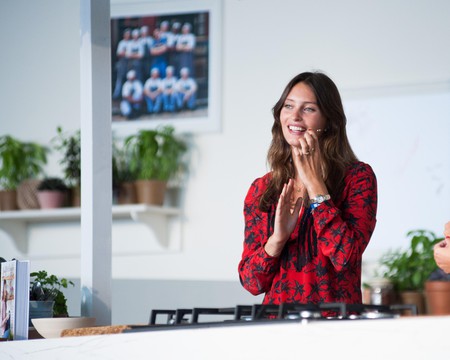 Blogger Jeanne Horak features food, photos and tales of faraway places on Cook Sister. As a freelance recipe developer and writer, Jeanne has spoken at blogging conferences, covering topics from the legal aspects of blogging to recipe writing and editing. She says that the story of what she eats is the story of her life and that food and travel are the two things that she has been in love with since childhood. Cook Sister derived its name from the South African dish koeksister, a deep-fried, syrup-dipped pastry. 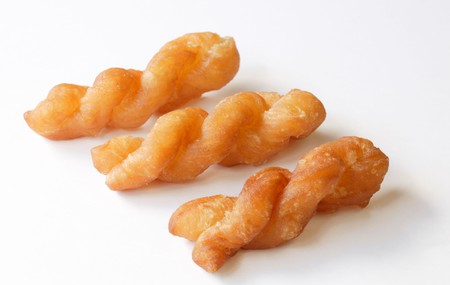 Jacqueline Meldrum calls herself “the Scottish vegetarian”, and her website, Tinned Tomatoes, features more than 500 vegetarian and vegan recipes, both sweet and savoury. When she first began her site in 2007, she had a penchant for cooking exclusively with tinned tomatoes, and her blog’s name pokes fun at that while also reminding her to think outside the box.

Blogger Sarah Trivuncic describes herself as a “cake coveter and homeware hoarder” on her site Maison Cupcake, specialising in food, life and travel. In 2009, Sarah started blogging about making cupcakes, writing recipes and taking photos. She specialises in all types of baking – not just cupcakes. She is the author of Bake Me I’m Yours… Sweet Bitesize Bakes (2012) and a previous winner of the Best Tasty Blog at BritMums’ Brilliance in Blogging Awards. 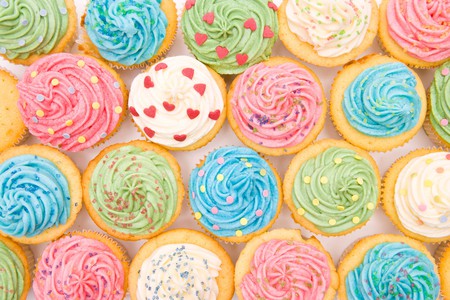 If you’re looking for honest reviews about new foods at supermarkets and lesser-known import shops, head to Foodstuff Finds. It was set up in 2008 as an outlet for a group of people obsessed with all things edible, new and different. The platform specialises in “foodies, snackies and munchies” and has reviewed more than 3,500 items. The Guardian recommended the site in 2010.

If you live for spice, this site is for you. Food writer Dan Toombs has been cooking Indian food for 30 years and is passionate about great curry recipes, publishing several cookbooks, selling spice blends and even hosting cookery classes. The Curry Guy features his tried-and-tested recipes, including all the favourites from British-Indian restaurants, such as chicken madras, lamb vindaloo, prawn puri and chicken dhansak. Dan has also started adding Thai recipes to the site, so expect to see dishes such as lemongrass chicken and Thai rice noodle salad, too. 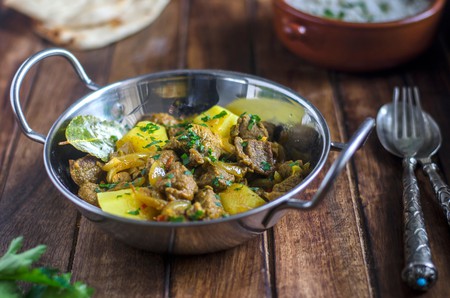 Visit the Curry Guy for a host of delicious Indian recipes, such as lamb vindaloo | © Martin Turzak / Alamy Stock Photo

Slow-cooker devotees will tell you nothing beats throwing everything in the slow cooker in the morning and returning to a home-cooked dinner hours later. The Slow Cooker Club was founded by married couple Rebecca and David, who discovered using their slow cooker was the only way to squeeze family meals into their busy lives. There’s endless inspiration here for anyone out of ideas, including French, Italian, Moroccan and Thai recipes. You’ll even find sections on breakfast, gluten-free dishes and dessert to really get the most out of your neglected slow cooker.

As any parent knows, nothing derails good intentions faster than a picky child. Food writer and mum Ciara Attwell started her award-winning blog in 2014 to publish meals the whole family would enjoy. The site has since featured more than 500 recipes that appeal to reluctant eaters and frustrated parents, including smoky bean chilli, one-pot chicken curry and creamy ham and pea pesto. You can search for recipes by category or dietary requirements, and there are extensive sections devoted to dishes that are either gluten-, dairy-, egg-, meat- or nut-free. 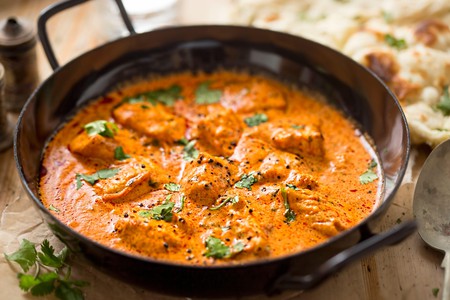 Despite the name, Supergolden Bakes doesn’t just focus on sweet treats. The blog was started as a baking site by food photographer and author Lucy Parissi, who grew up in Greece but now lives in London. It soon expanded to include favourite family meals, slow-cooked dishes, slimming recipes and even cocktails, often with step-by-step guides and video tutorials. Lucy’s cakes and pastries still take some beating, though, with indulgent highlights including an Oreo cake, gin-and-tonic cupcakes and a gingerbread Yule log.