Shakespeare’s influence on literature is unparalleled. He coined many words and phrases that are still used colloquially by English-speakers to this day. His plays have also been used by a wealth of artists, as source material for their paintings. So to commemorate their beauty and the 400th year since The Bard’s death, we look at the top ten paintings inspired by ten of Shakespeare’s plays.

Possibly one of the most famous paintings of the Pre-Raphaelite era, Millais‘s Ophelia depicts the scene in which, Ophelia – Hamlet’s lover – drowns herself after being driven mad by her father’s (Polonius) death. Many of the flowers are meant to have a symbolic significance; poppies symbolise death, violets mean chastity, faithfulness or youthful death etc. The model for Ophelia, Elizabeth Siddal had to pose in a bath full of water for four months. 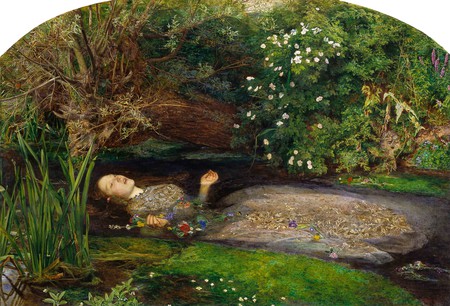 The title of this painting is relatively self-describing. David Garrett was a famous actor and tremendously influential stage manager in the 18th century, and his role as Richard III garnered a lot of praise and attention from critics and public alike. The painting shows the dramatic moment when Richard III suddenly awakens from a nightmare, where the ghosts of his enemies (whom he murdered) came to haunt him. 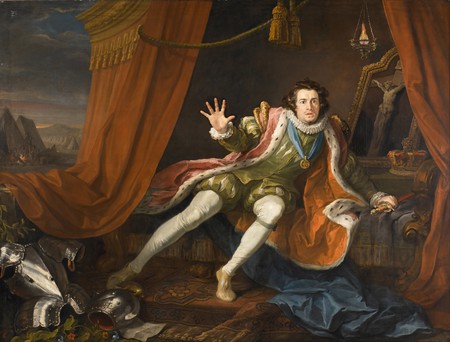 Depictions of Othello often focus on Desdemona’s death scene in the penultimate act of the play – Rodolfo Amoedo’s painting is no different. After believing her unfaithful to him and despite pleading her innocence, Othello suffocates Desdemona. Amoedo depicts the moment straight after, as Desdemona exhales and dies, with the implied shadows, Othello and her servant Emilia watch on in horror. 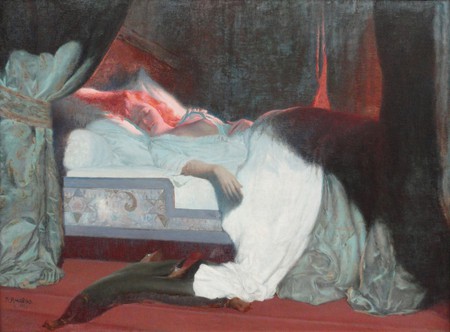 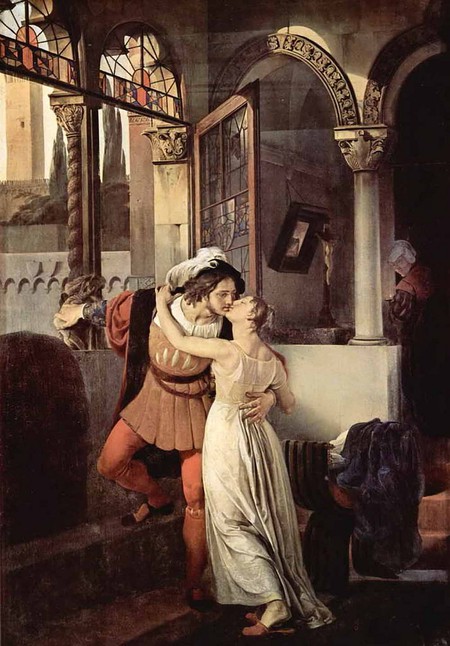 Shakespeare was popular with the Victorians and despite their prudish legacy, they were more than fine with depicting his more amorous scenes. Dicksee was a well-known artist of the day, who painted many portraits based on plays, literature, and historical scenes. Here, he paints the scene after the star-crossed lovers wedding night, where, unbeknownst to them, they embrace and kiss for the last time.

The Three Witches are the more popular characters to be depicted in paintings based on the Scottish play. German-born painter, Johann Heinrich Fussli drew a lot of inspiration from Shakespeare plays, and in particular Macbeth. The Three Witches all dramatically point at something – likely one of three apparitions that The Witches summon before Macbeth in Act IV. In another painting by Fussli, The Witches are pointing at an armed head, which warns Macbeth about Mucduff. 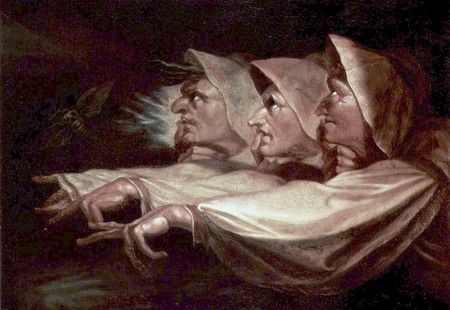 The Weird Sisters or The Three Witches (1783), oil on canvas | Waldir/WikiCommons

In his time, British artist Edwin Landseer was famous for his animal portraits, and today, we might know him as the man who made the four bronze lions at the base of Trafalgar Square in London. This painting is his only depiction of a fairy scene, showing Tatiana, queen of the fairies, fawn over Bottom after being given a love potion by Puck (who watches, amused, behind the pair). 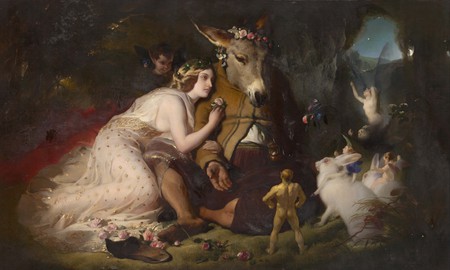 Considered one of Shakespeare’s greatest plays, King Lear has been a popular source for artists. American artist Edward Austin Abbey made many atmospheric paintings based on The Bard’s work, but his King Lear is perhaps his best, if not biggest. In this scene, Cordelia is banished by elderly father and king, Lear, for not flattering him, instead speaking honestly of her love. Her elder sisters, Regan and Gonoreil look on, while the King of France impressed with her honesty, kisses her hand – likely to symbolise their betrothal.

Another Pre-Raphaelite painting – they really loved Shakespearean and Arthurian motifs – by John William Waterhouse. Like Millais, he painted many different versions of Ophelia, but he also painted Miranda from The Tempest. His first version in 1875, painted in his younger years was more conservative and posed, but this work – painted only a year before Waterhouse’s death – is much more dramatic and dynamic. Miranda watches on, as King Alonso’s ship is destroyed by the sea, whipped up into a frenzy by her father, Prospero’s conjured tempest. 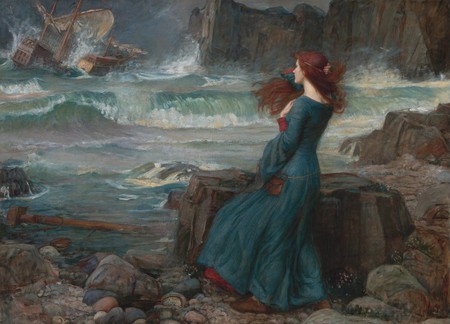 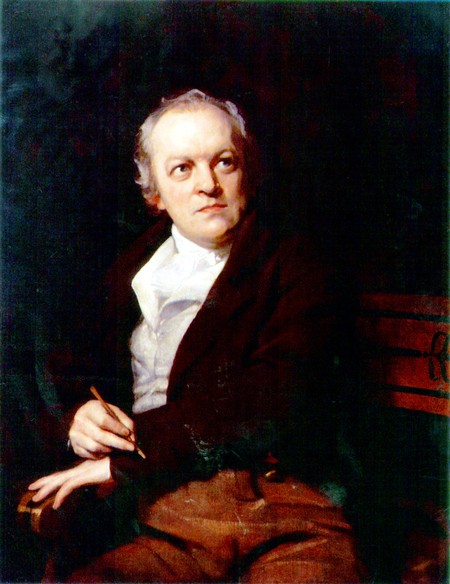 William Blake is one of England’s most beloved romantic poet. He was also painter, inspired by classical literature including Dante and Shakespeare. Blake made many watercolours on The Bard’s plays, including Macbeth and a very beautiful landscape of a Midsummer Night’s Dream. In this work, Cesear’s ghost – ethereally depicted by Blake’s watercolours – pays a visit to Brutus, taunting the man of his imminent defeat at the hands of Mark Antony.

The Plays of Shakespeare (circa. 1849) – Sir John Gilbert

Sir John Gilbert made many paintings and engravings based on Shakespeare’s plays. But here he attempts to put as many character and scenes into one large canvas as a sort of Shakespearean Where’s Wally? Most recognisable is perhaps Henry VIII (who on either side is surrounded by other English monarchs), Hamlet and Ophelia at the forefront, Falstaff acting drunk behind them, and in the sky, Bottom’s donkey head is being carried around by a flying Puck. 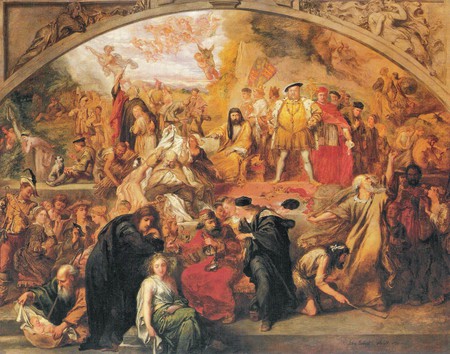 The Plays of William Shakespeare (circa. 1849), oil on canvas | © Sofi/Flickr
Give us feedback