Greek writer Apostolos Doxiadis was born in Australia in 1953 and grew up in Athens. His best-selling novel, Uncle Petros and Goldbach’s Conjecture, brought mathematics into fiction. Logicomix, a graphic novel of the epic quest for certainty in science and logic, was published in 2009 and immediately became an international bestseller. We managed to talk to him about his latest novel Three Little Pigs, a gripping thriller and a folktale-like adventure in one, investigating character and fate.

What inspired you to create a thriller narrated as a folktale?

I’ll answer by reversing the terms in your question: Three Little Pigs is not a thriller narrated as a folktale, but a folktale narrated as a thriller. It’s the folktale structure that carries the meaning, as it were, with the thriller being the medium, the machine that makes the ancient theme speak to a modern, adult sensibility.

Why did you decide to use the story of the Three Little Pigs as a premise for reinterpretation? Do you have any personal connections to that fairytale?

The main connection is a memory of horror, of how horrifying I found the tale as a child. Of course, nowadays most children hear the sanitized version introduced by Disney, in which none of the little pigs dies, so it’s hard for them to feel the horror. The modern version is not particularly horrifying: when the house of little pig number one is huffed and puffed down, its owner goes to the house of little pig number two, and then they both flee to the house of little pig number three, all the while singing ‘Who’s afraid of the Big Bad Wolf.’ Not so in the old version, first set in print—as far as I know, anyway—in England, in mid-19th century. In that, the first two piggies perish, and only the third survives, outsmarting, trapping, killing and actually eats the wolf, in a stew. An echo of the old horror made me wonder about a deeper meaning of the tale, below the obvious ‘work before pleasure’ didactic theme. I found it in looking at the tale as a rumination on mortality. What can we do to escape death? To an adult, alas, there doesn’t seem to be a good answer to that question. But a storyteller is not discouraged so easily. So I still asked the question—and wrote the story. 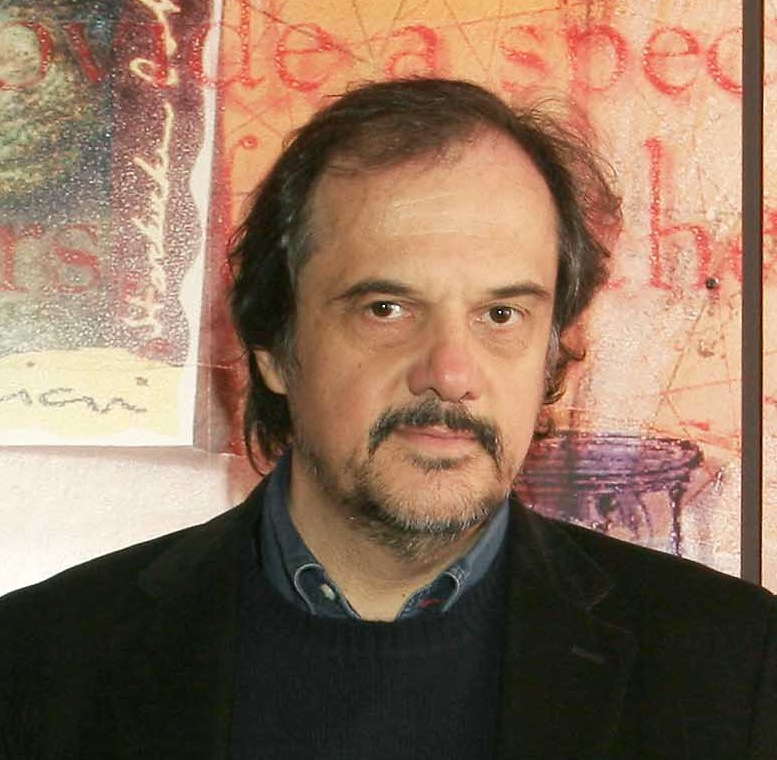 Are there any autobiographic elements included in the novel?

Well, rather strangely, yes, there are. I’ve also had an experience not totally unsimilar to the plight of the Frank brothers, in Three Little Pigs, but that’s a long time ago, and I don’t like to think about it—even less to talk about it. What remains of the experience, though, is reflected in some of the emotions of the three siblings that give the book its title, Leo Frank especially.

Three Little Pigs includes a lot of information around the Italian culture and the mafioso issue. How did you familiarise yourself with this?

Italians refer to their relation to the Greeks with the saying una faccia, una razza, i.e. ‘one face, one race.’ I think there is something there, the two cultures are very similar, especially as concerns the priority we give to emotions, and so I wrote about the Italians in the book somewhat as if they were Greeks, my own people. To familiarize myself with the mores of the Mafia, I did what most authors would do: read books and articles and saw films.

Why did you choose the first half of the twentieth century as a setting for the story?

A caveat: don’t trust writers’ answers when they are asked questions involving the verb ‘choose.’ For, you see, they tend to give rational, and very conscious reasons for what they do, whereas often there is a strong element of randomness and contingency in their so-called choices. So, in this case: I needed my story to begin a long time ago, in order to give some truth to the ‘once upon a time’ feeling created by the opening, but it couldn’t be too long ago, as there wouldn’t be any Mafia back then—and so I got to the first half of the twentieth century. There was also another constraint, but I won’t tell you what it is, as it contains a spoiler. 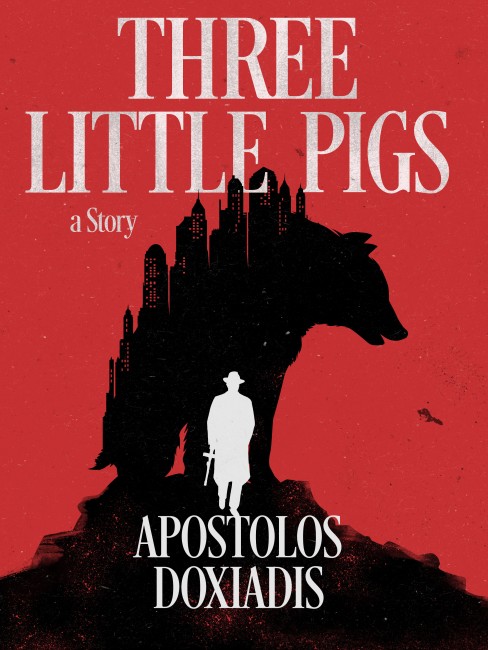 In the story, the three brothers try to evade their fate by making different life choices. Do you believe in fate and do you think it is possible to evade it?

Look, if by fate we mean some invisible and immaterial book, where our lives are mapped out in every detail, then no, I don’t believe in that. But even in this sense, fate is more of an epistemological than an ontological concept, more of a case of what we know—or don’t—about our future, than what it will, ultimately, be. But there is another sense of fate in which I do subscribe, the one in the famous apophthegm of Heraclitus, usually translated in English as ‘a man’s character is his destiny,’ or, more simply, ‘character is destiny.’ The Greek word that translates as ‘destiny,’ though, is daimon, which would mean in the original context something closer to ‘a personal god,’ or, in secular terms, a ‘moving force’. So, in that sense, yes, I very much believe in fate, though of course it’s not just a man’s (or woman’s) character that is his (or her) destiny but also, often, the characters and actions of those around them. Whether we like it or not, each one of us is both an individual and the center of a nexus of relationships, legacies, opportunities and burdens, sometimes extending very widely in space and time. For the three Frank brothers in my novel this nexus looks more like a spider’s web, with each one of them a little fly.

Do you think we can still learn from folk and fairy tales today? If so, what can we learn?

A printed fairy tale collection is like a natural history museum, with each tale in it an entity that used to be alive, living in an oral environment, going through endless variations as it was transmitted from generation to generation, often over many centuries. When we hear a classic tale today we often forget that aspect of it, we forget that there is some kind of meaning in the tale, that made it survive so long. Sometimes this is quite apparent, very near the surface. This is especially true in the shorter and more didactic tales, which function as illustrations of basic, proverb-like truths, such as ‘all good things to those who wait,’ ‘curiosity killed the cat,’ ‘intelligence is more important than physical strength,’ and so on. But a longer tale—folklorists usually call these ‘magical folktales’— contains a meaning that is, like that of a ritual, irreducible to its constituent elements, that cannot be abstracted from the context: to understand it you have to feel it, and that can only be achieved through the story, not its outline. Such tales cannot be meaningfully reduced to a simple lesson that could be expressed, say, in a proverb. 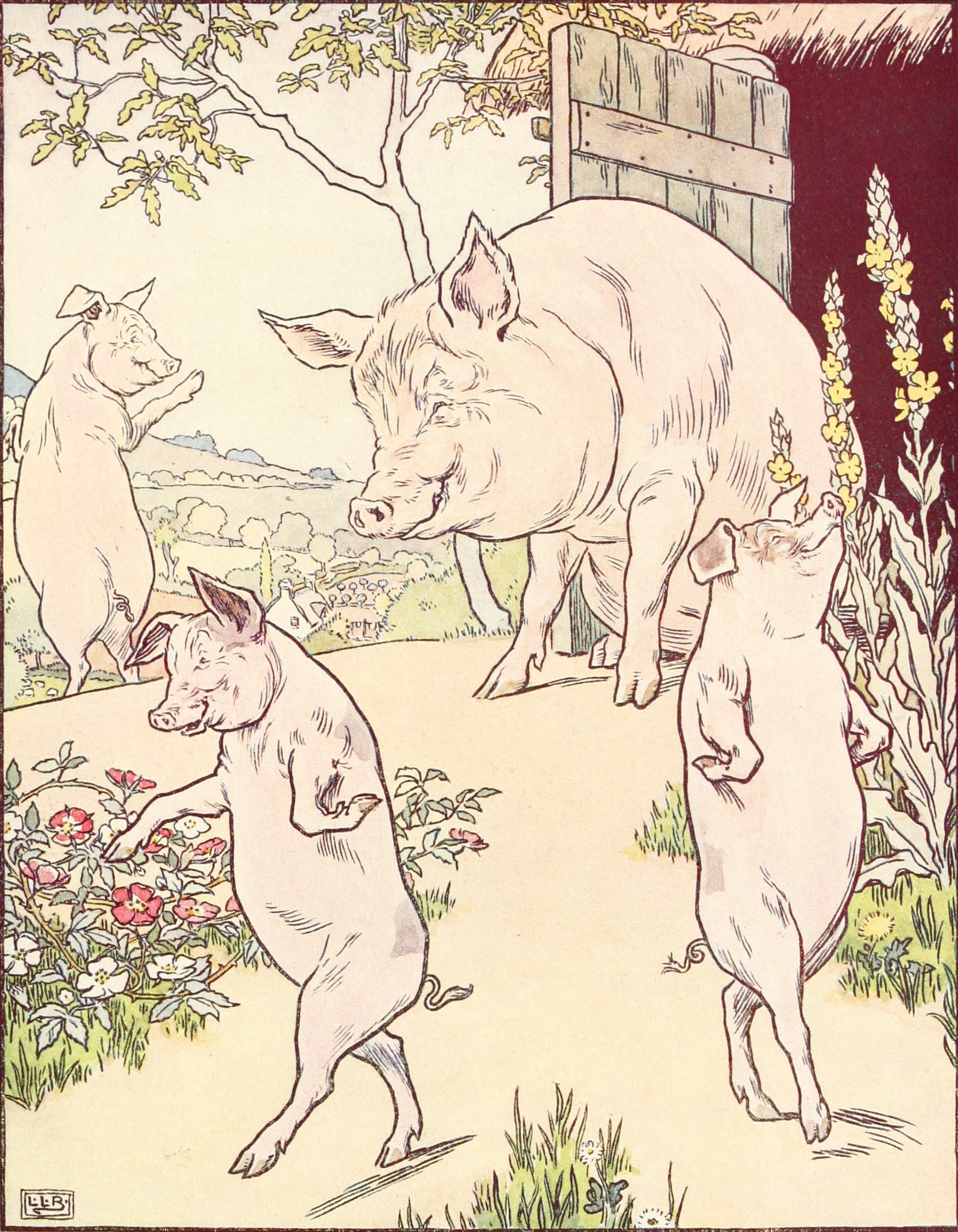 What still resonates with us in these tales of punishment and redemption?

A sense of justice I believe, a sense that life occasionally dispenses punishments and rewards that are, more or less, deserved. In an age where religion has lost much of its power to impose a sense of deeper meaning, fairy tales still survive, as traces of a world where there was more significance to life than meets the eye. And such significance always comes with an accompanying sense of what is just. What is right and what is wrong.

Can fairy or folk tales be misunderstood or can they portray the wrong message?

You can see an infinity of meanings in a complex work of art created by an individual artist, in the Oresteia, in King Lear, in Dostoyevsky’s Idiot or Beckett’s Waiting for Godot — or that’s what theatre directors think, anyway. But I believe that fairy tales, by virtue of their being adaptations created over many centuries, are harder to read in the wrong mode. Of course you can always do it if you are inclined that way, you can read, say, Hansel and Gretel as a cookbook for cannibals, instructing you on how to prepare little children for eating. But the tale is quite obviously not about that, and should not be read that way as, I believe, Cinderella is not a tale about the class struggle. A fairy tale usually contains its own ‘how-to’ manual, guiding you to its meaning which, I repeat, is not always reducible to a proverb. The full meaning is in the full form of the tale, it cannot be abstracted from the experience of listening to it — as, incidentally, the meaning of my Three Little Pigs cannot be abstracted from the experience of reading the book.

Many of your past novels dealt with mathematical problems and science. Why did you decide to not include elements of that in Three Little Pigs?

As a young man I was briefly in love with a rather philosophical kind of mathematics, which led me to a study it at university. Like many youthful love affairs, this left an emotional residue, a pain, which led me to write about it. Soover a period of some years I wrote a novel, a graphic novel and a play about the lives of mathematicians, one fictional and two real. This is a form of trilogy, of three works in different media all involving Kurt Gödel’s incompleteness theorem. A British critic had the kindness to call the first of these, Uncle Petros and Goldbach’s Conjecture, the first novel of a new genre, and some people believe that, that there is now something called ‘mathematical fiction,’ or whatever. But I do not subscribe to that view, at least not for me I don’t. I do not think I invented a genre, and I certainly am not its practitioner. What interests me are human passions, whether I find them in mathematicians, failed actors, fourth-century monks, crazed tank colonels, or gangsters — and I mention those characters as they are the protagonists of some of my other books, written in Greek. 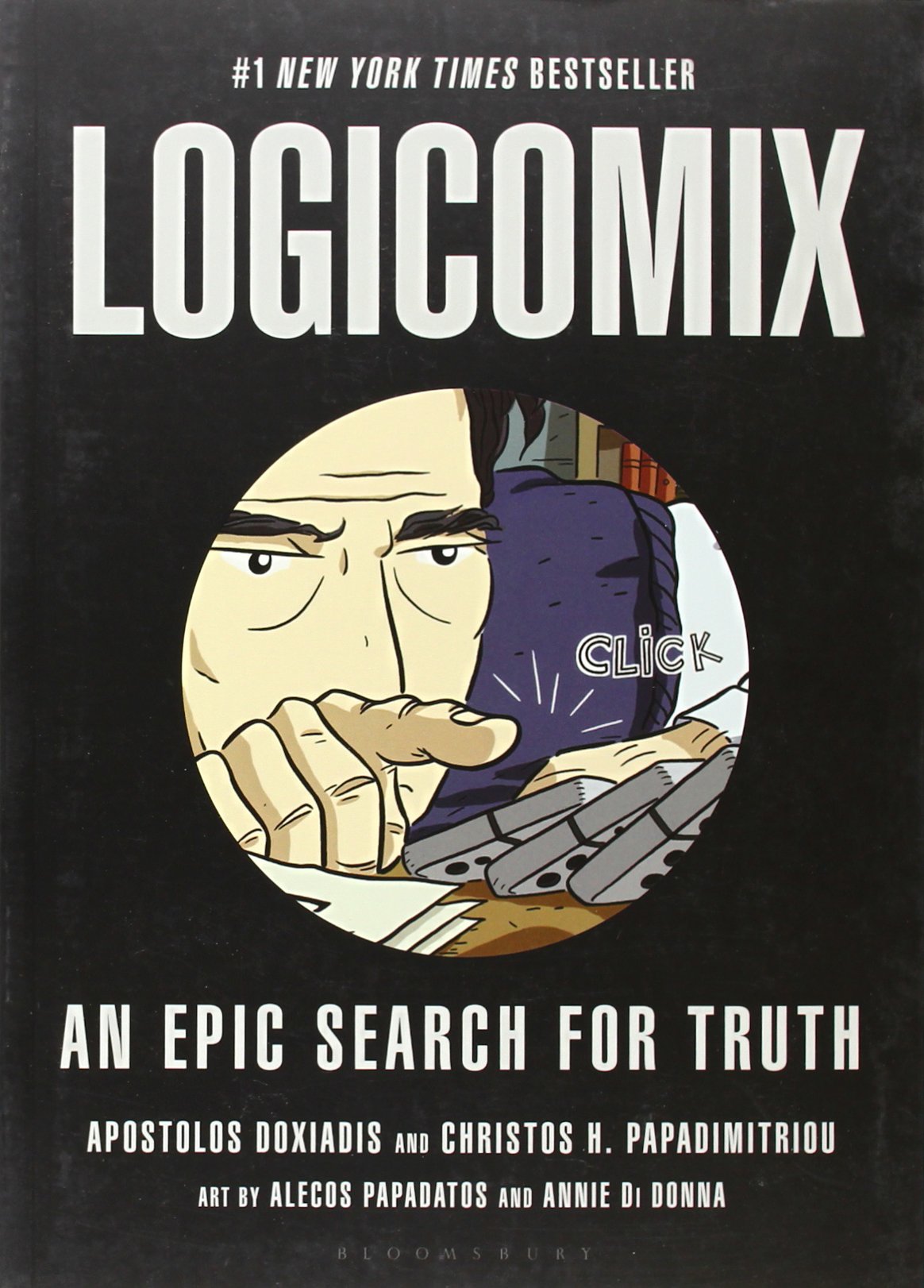 This novel is also about the possibility of a man changing; from a bad guy to a good guy. Do you think this is a possibility in reality? Why/How?

The nice thing about writing a story with an important question at its center,rather than a learned article, say, is that anything goes, as long as you make it convincing in the context of the story. But of course reality, the world out there, should constrain your possible choices. One of my dearest friends is a senior homicide cop, and through endless hours of discussion, over decades, I have learned quite a bit about the taxonomy of criminal types, as well as their psychology. So, for example, I think that one can say with a high degree of certainty that a psychopathic killer will never become a ‘good guy’ and that is why psychopathic killers can only be the stars of horror films, not realistic novels. It’s also very hard to see that happen to hardened, or professional criminals — though it’s not totally impossible. Even a small margin of possibility gives space for a storyteller to move in.

I’m working on a novel, again inspired by a classical theme, a re-telling of sorts, of an old theme in Greek tragedy. And I have a book of essays upcoming.

What advice would you give to someone who wants to take on fairy tales?

Choose a tale that created a strong emotional reaction in you, ideally when you heard it as a child, and then try to stick as closely as possible to following its structure. The rest will take care of itself, ha ha.

How would you describe Three Little Pigs in 80 characters?