This Japanese Film is a Masterpiece of Melancholy 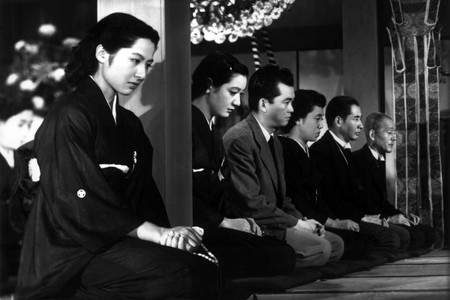 Ozu was one of the great masters of 20th century Japanese cinema. In the West, a comparable present-day director would be Britain’s Mike Leigh (who cites Ozu as an influence) in terms of an auteur who crafts everyday stories with complex emotional undercurrents.

Tokyo Story was released while Japan was enjoying a post-war boom while simultaneously recovering from the trauma and devastation of recent conflict (one year later, the zeitgeist would manifest in the shape of Ishiro Honda’s Godzilla, stomping over Japanese pop culture forever). This dichotomy infuses Tokyo Story, where the young thrive while the old are left in the dust. In the film, an elderly Japanese couple visit their children in the capital but what should be a pleasant family trip is anything but, as the pair discover they have become a burden to their ungrateful offspring. Memory, grief, and apathy all abound as the old struggle to gain acceptance and fulfillment from a younger generation that has already outgrown them.

One of Ozu’s gifts as a filmmaker was his incredible use of the camera. Throughout Tokyo Story, the action is shot from the corner of the room or at the same level as chairs and tables (in Japanese domestic life, most things are usually done while sitting down). With no close-ups of characters or moments of dynamic movement, the viewer becomes detached. These people, Ozu is telling us, are utterly unremarkable and undeserving of any special treatment.

In keeping with all the best tragedies, one of the kindest characters in Tokyo Story, Noriko (played with beautiful, heartbreaking cheerfulness by the great Setsuko Hara) has the most melancholic arc. The recently-widowed daughter-in-law goes out of her way to accommodate her extended family but is carrying a deep and unfixable sadness inside her. By contrast, her late husband’s family are wanting for nothing, yet seem incapable of providing emotional validation.

Ozu’s take on kitchen-sink drama contains a subtle but damning indictment of Japanese etiquette. Everyone in Tokyo Story has decent manners, but beneath the frequent bowing, smiling, and cordial conversation seems to lurk a seething discontent. All the people here rarely say what they truly mean until it’s too late, by which time the damage has been done and cannot be mended. All the gentle grins and polite chit-chat are but masks for either irritation or heartbreak. 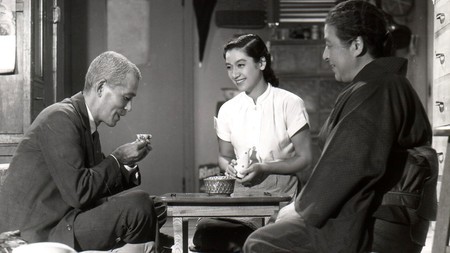 Hanging over the film is a sense of inevitability as a family disintegrates. There are no slapped faces or shouting matches and no emotional point-of-no-return; the decline is simply depicted as something unavoidable, like a disconsolate autumn giving way to a harsh winter. As the character of Tomi (played by Chieko Higashiyama) so succinctly puts it: “You may be happy while you’re still young. But as you become older, you’ll find it lonely.”

In Tokyo Story‘s world, the disconnect between parents and children is an irreversible part of getting old, not so much a tragedy as simply one more mundane speed bump on the slow road to oblivion. The children see their parents as cumbersome while the former views the latter as a disappointment. Where there could be joy, there is only tedium.

Looming large in the movie’s subtext is the idea of old age as a state of irrelevance and obsolescence. Despite the extraordinary sacrifices of the parents, and by extension their generation, their rewards seem to be few and far between. These people gave everything and got very little in return, a scenario lying in wait for all of us at some point or other.

What makes Tokyo Story so very sad is its portrayal of life’s disappointing inevitability. The narrative plays out as an empty procession of missed opportunities and unanswered calls for help. Human beings have the capacity for extraordinary love, kindness, and empathy, and yet here they are, banal entities shuffling around in anonymous spaces, utterly distant from one another. There is no spectacular, tear-soaked denouement in the film, instead just a winding-down. Life plods on, but not in any way that inspires or heals. The sadness is dispassionate and matter-of-fact, like the sigh of a lonely pensioner after they trip on a paving stone.

While it may not exactly be The Lego Movie, Tokyo Story is what arthouse cinema looks like at its very best. Serene yet saddening, composed yet heavyhearted, it’s beautifully shot with an incredible cast and one of the greatest Japanese films ever made. Keep a copy of My Neighbor Totoro on standby afterward as a palette cleanser. 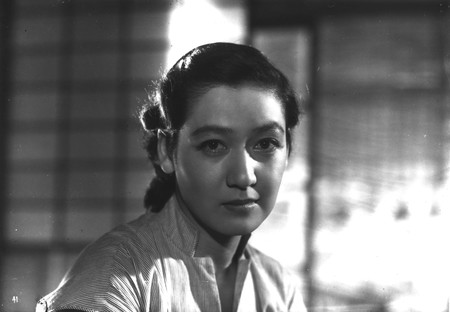 Setsuko Hara as Noriko Hirayama in Tokyo Story/Picture courtesy of the Criterion Collection.
Give us feedback