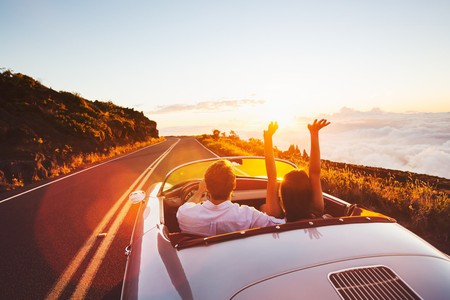 Anyone who’s ever been on a road trip knows that along with the beautiful scenery and great company, the music you listen to is just as important.

But there’s one song you might want to keep off your playlist – Stormzy’s ‘Big For Your Boots’.

A new study has found that the grime track is the song most likely to make you put your foot down while behind the wheel.

Dr Simon Moore, a chartered psychologist and lecturer at London Metropolitan University, has looked into the impact of music on driving safety.

He found that songs with fast tempos make the heart beat faster, which can cause the brain to become overwhelmed with excitement and carelessness.

The study examined the 40 most streamed songs of 2017 and found that ‘Big For Your Boots’, which ranked 34th, had a high energy rating of 0.9 (ranked from 0 to 1) and tempo of 175 beats per minute, which is more than double the average heartbeat.

Ed Sheeran’s ‘Castle on the Hill’, which features the lyric ‘driving at 90 down those country lanes’, was found to be the second most dangerous song.

On the other end of the spectrum, his track ‘Perfect’, which has a tempo just above the average human heartbeat, was deemed to be the safest tune to listen to while driving.

A quarter of drivers polled in the Confused.com survey revealed they have had an accident or near miss while they were listening to music, while one in five admitted they were changing the music or radio.