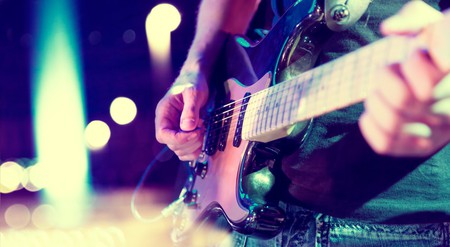 Oasis have five songs in the top 10 | © Carlos Castilla/Shutterstock

Oasis’ hit song ‘Live Forever’ has been voted the best British song ever.

Oasis dominated the top 10 with a total of five songs including ‘Don’t Look Back In Anger’ at number 3, ‘Wonderwall’ at number 6, ‘Slide Away’ at number 7 and ‘Champagne Supernova’ at number 9.

Noel Gallagher responded to the news saying: ‘I have always tried to aim higher than I think is possible. Some people try to be bigger or better than their contemporaries or their predecessors…

‘Me? I’m just trying to be better than myself, which as we now know is virtually impossible.’

Matt Deverson, the managing editor of Radio X, added: ‘This year, we see Oasis take the number one spot in a Top 100 that features truly great British tunes from across the decades.

‘The release of ‘Live Forever’ in 1994 heralded the arrival of an era-defining debut album from one of the country’s greatest bands – it was a hugely exciting moment for British music.

‘It’s a very special song and within the past year we have seen it resonate with even more poignancy as a much-loved Manchester anthem.’

The rest of the top 10 includes The Stone Roses’ ‘I Am the Resurrection’ at number 4, The Verve’s ‘Bitter Sweet Symphony’ at number 5, The Smiths’ ‘There is a Light That Never Goes Out’ at number 8 and Arctic Monkeys’ ‘I Bet You Look Good on the Dancefloor’ at number 10.

The poll has upset music fans online who have criticised it for not including any women and only two artists of colour in its shortlist of 100 tracks.

Aliens finding a time capsule containing the Radio X Best of British top 100 list of bands could be forgiven for thinking that women didn't exist. pic.twitter.com/LiHKbpdbfp

Radio X's "Best of British" playlist has no women in the top 100 but features 15 songs by Oasis pic.twitter.com/q537N9T9eH